Following 2015’s sleeper-hit Her Story, creator Sam Barlow initially wasn’t keen on making a similar game right after. However, as the framework for his follow-up took shape, the writer/director found his past’s game approach to storytelling as a compelling hook for his new tale. In Telling Lies, you’ll investigate the lives of four strangers over a period of two years; each of them has their own secrets and personal trauma. By witnessing brief glimpses of their lives from private videos, you’ll uncover the larger story that connects them all together.

We spent some time talking with the game’s writer and director during GDC 2019, where he gave us the rundown on what to expect with his return to the interactive video drama. In essence, Telling Lies takes Her Story’s foundation of an interactive drama and expands its scope. Featuring a larger cast of characters, portrayed by film and TV actors such as Logan Marshall-Green, Kerry Bishé, Alexandra Shipp, and Angela Sarafyan, it puts more of a focus on the private moments that individuals have alone with their devices, and how relationships are affected when filtered through a personal phone or webcam. 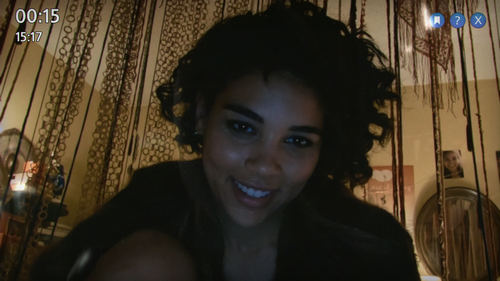 With an air of voyeurism similar to films like Steven Soderbergh’s Sex, Lies, and Videotape and Francis Ford Coppola’s The Conversation, the overarching story unfolds on a modern desktop with access to an NSA database. Playing heavily to the modern paranoia surrounding increased surveillance, this conceit allows you to search through hours of recorded footage taken from phones, computers, and dashboard cameras, revealing plenty of personal and raw moments. According to Barlow, when the larger story begins to form, you’ll come to understand why you’re examining these characters in the first place.

Similar to Her Story, Telling Lies will have you comb through footage looking for the key information that fills in the blanks of a fractured timeline. Moving away from Her Story’s ’90s-era tech, the player interface in Telling Lies-another desktop-is more modern, allowing for greater flexibility in how you can interpret and piece together the story. By searching keywords, you’ll be able to find clips that include the use of that word. Engaging the clip will start you at the point where the keyword is spoken by the person of interest. From here, you’ll be able to play the video for its duration, even if you landed on the last word spoken in the clip, or scrub it back to see what came before-possibly unearthing a new clue.

Barlow explained that Telling Lies not only examines intimacy in the modern age but also plays with the concept of context and what you bring with your perspective. In Her Story, it became apparent over the course of the game that figuring out the crime that Hannah was suspected of wasn’t necessarily the true goal. Rather, it was more of a character study and an exercise in fostering empathy for her, faults and all. According to Barlow, Telling Lies is about «exploring the larger story through the negative space,» an idea that stuck with him during the making and ensuing reception of Her Story. 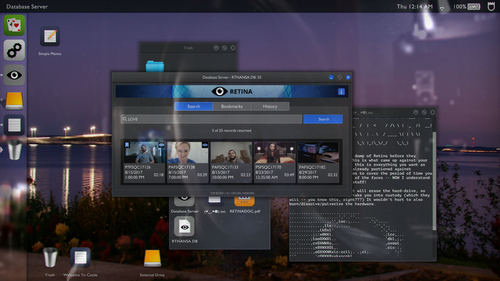 «It’s kind of doubling down on the sense of narrative I had with Her Story,» Barlow said. «People would play that game and one of the big positives they came away with was they felt like they had an intimate experience when spending that time with that character, listening to her talk, and it felt like they had a connection and empathized with her in a way. Despite it being essentially a computer interface, it all felt quite organic and human in a way. You get to explore the story through these more character-driven and intimate moments, which is a very different texture to most video games.»

Some clips will show various characters during some mundane moments, without anything of consequence happening. However, another video might show a pivotal, and likely serious, event, which can give previous clips new meaning. Discovering the context of many of these clips can add new layers to the key characters, which can affect your perception of their relationships with others. Though it all seems to be in a similar vein as Her Story, and Barlow said that Telling Lies hits something more social than its predecessor could.

«I think it’s an interesting question when you make something that is as different and weird as Her Story,» said Barlow. «I deliberately did not immediately want to make a sequel with Her Story, and I gave myself some distance from it. Once I came back to it and I was like, ‘What was interesting to me about that game that I think I could do more with? What direction can I take it in?’» 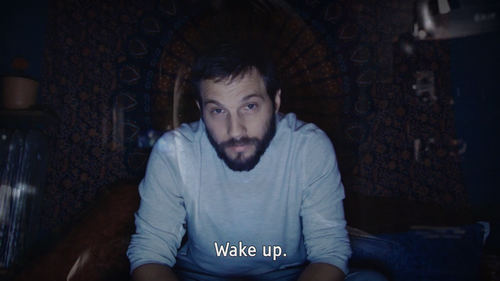 One of the more remarkable things about Her Story was the way it used its detective conceit as a means to examine its key character. Thanks to its non-linear approach, you could unearth details about the lead at your own pace. Barlow seems to be aware of what made the original work, reinforcing the flow of the narrative and the sense of distance from a story that’s long since past. However, the new focus on a larger cast can make for a more intriguing plot, which may play out in its most raw and intimate forms.

Telling Lies is set for release sometime in 2019 and will be published by Annapurna Interactive.

Epic Steals More Titles Out From Under Steam in The Outer Worlds, More

Just Like We All Thought, Stadia Will Require High Speed Internet