Respawn has provided another update on the Apex Legends bug that emerged on Wednesday. In a post on Reddit, it explained that «players were unintentionally moved to the wrong servers that didn’t have their persistence and this caused players accounts to appear reset with all progression lost.» It confirmed that it hadn’t actually lost players’ progress and that it shut down live servers intentionally in order to get things back on track. 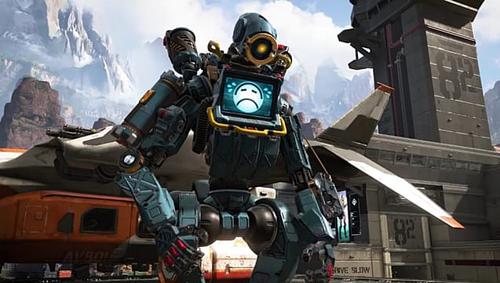 Because of this, Respawn said your progress should be intact-that is, up until update 1.1 went live at 10 AM PT on Wednesday. Anything you did after that, assuming you did install the update, has been reverted, however. Here’s what Respawn said exactly:

With all of this sorted out, you can now go about checking out what’s new in the latest patch. The highlights, as noted below, include a way to party up with squadmates you’ve matched up with, among other things. The original story follows.

Respawn has put out a warning that there’s a pretty serious bug in Apex Legends right now. It’s tied to the battle royale title’s latest update, patch 1.1-which is live now-and it deletes your in-game progress. Meanwhile, the game’s servers appear to be down at the time of this writing.

To stave off the bug, Respawn wrote a quick post on Reddit advising all players to «not buy or craft anything» until the issue is resolved. The post did not list any specific platform, so it’s implied the bug is affecting all versions of Apex Legends on Xbox One, PS4, and PC. There’s no time table for how long it will be before this is fixed, or if impacted players will be able to recover their lost progression

It also seems like players can no longer log in to Apex Legends’ servers either, regardless of platform. Specifically, players are getting an error stating «no servers found.» It’s possible that the servers have been deliberately shut down in order to stop players from logging in and losing their progress. However, Respawn has not issued an official statement in regards to the server shutdown.

The update in question, Patch 1.1, is (ironically enough) a quality-of-life patch for Apex Legends. Patch 1.1 adds a feature that allows you to invite the squadmates you just played with to join you in a party. So if there’s ever a random teammate you meet online that you want to play with again, you can easily find them. The update also implements a mute button on Apex Legends’ intro and character select screens, and creates an option to report players for cheating or «Other.» Octane’s jump pads no longer affect Wraith while she’s using her Into the Void ability as well.

Patch 1.1 implements a few bug fixes too. The three of them are outlined below. If you’re curious, Respawn has posted the full patch notes for Apex Legends’ latest update on Reddit.