As with every month since October 2018, Nintendo Switch Online subscribers can look forward to new additions to their complimentary NES library this April. 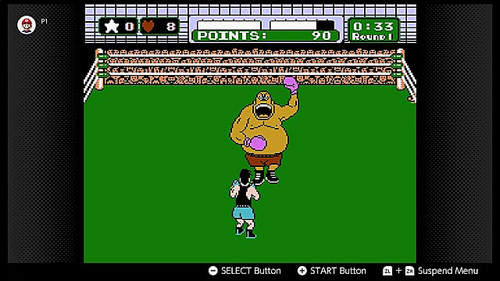 On April 10, subscribers of the service will be able to play Punch-Out!! Featuring Mr. Dream, Super Mario Bros.: The Lost Levels, and Star Soldier through the NES app. Nintendo accompanied the announcement of these additions with a trailer:

This update to the NES app is notable in that it will be the first one this year to add three games instead of two. All of 2018’s updates included three.

Also, when this update goes live, Switch owners will have available on their system both versions of the follow-up to the classic Super Mario Bros. Although Super Mario Bros.: The Lost Levels is called Super Mario Bros. 2 in Japan, Nintendo deemed it too difficult to market as a sequel outside of the region. The sequel released for other regions was included in the February update.

Punch-Out!! Featuring Mr. Dream is another game with an interesting history – though it’s a rerelease of the first Punch-Out!! game, it’s not a rerelease of the original version, which featured celebrity boxer Mike Tyson. After Nintendo’s contract with Tyson expired, the company replaced his sprite with that of Mr. Dream, an original character.

Regarding Star Soldier, it will join Gradius and TwinBee as one of the NES app’s shoot ’em up titles.

Following this update, there will be nearly 40 NES games available via Nintendo Switch Online. Those looking to feel nostalgia or introduce themselves to some classics can visit Nintendo’s website to see which NES games are currently on the app.

Fortunately for newcomers to these NES titles, the app comes with features that make them accessible to modern audiences, such as the ability to save at any point and the option to choose an easier version of some games.