The unofficial annual holiday known as Star Wars Day is coming up this weekend on May 4, but Microsoft is kicking off its deals early with a «May the 4th be with you» sale on several Star Wars titles. The deals are available in the United States, UK, and Australia, and you can grab these games at a discount through the weekend. Here’s what’s available: 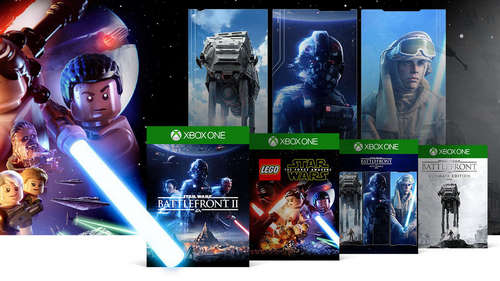 If you enjoy the Lego games, pick up Lego Star Wars: The Force Awakens while it’s marked down this week. The standard edition is available for 50% off at just $10, while the Deluxe edition is also half off at $15 for the base game and all season pass content. In this local co-op game, you can play as all the characters from The Force Awakens, including Rey, Finn, Han Solo, Kylo Ren, and even BB-8. The game also includes brand-new story content set in the time between Star Wars: Return of the Jedi and The Force Awakens.

This deal dropped early, but expect more May the 4th deals to drop as Saturday draws closer. Stay tuned-we’ll keep you updated on all the best Star Wars savings.

New Resident Evil 2 Microtransaction Lets You Unlock Everything For $5