There was a lot of uncertainty surrounding the fate of the Trine series after 2015’s divisive Trine 3: The Artifacts of Power. That game marked a bold step for the burgeoning franchise, eschewing the 2.5D gameplay that defined its predecessors for full 3D environments. But developer Frozenbyte’s ambitions came at a steep cost; the game’s budget exceeded $5 million, nearly triple the amount it took to develop Trine 2, and the studio consequently had to pare the scope of the adventure back, leading to criticism that it felt unfinished.

Since then the series has largely lain dormant, but it is set to reemerge later this fall with the release of Trine 4: The Nightmare Prince, the first new installment in four years. Frozenbyte has evidently taken the criticisms leveled at Trine 3 to heart, as The Nightmare Prince brings the series back to its 2.5D roots. As the studio explained during a recent hands-off demo session, the impetus behind this decision was twofold: the developers found that the 2.5D gameplay was a better fit for the game’s puzzles, and fans had wanted to see the series return to the style of earlier titles.

Just as in the previous games, The Nightmare Prince follows the adventures of three heroes: Pontius the knight, Zoya the thief, and Amadeus the wizard. This time around, the trio have been dispatched by the Astral Academy to retrieve a missing prince who’s suffering from a curious affliction: his dark dreams are able to manifest in the real world and terrorize the people of the kingdom. As before, each of the three protagonists has their own unique abilities, which you’ll need to utilize fully on your quest to rescue the prince: Amadeus is able to conjure up large boxes that can be used to press down on switches or reach inaccessible areas; Zoya can fire arrows and tie objects together; and Pontius is capable of deflecting projectiles and rays of light with his shield. 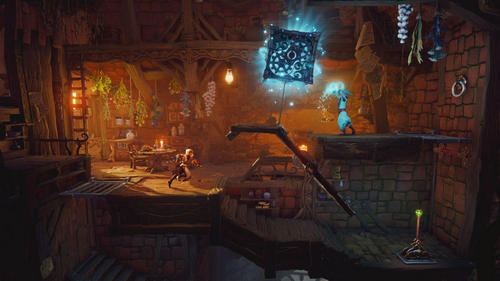 You’re able to freely swap between all three characters on the fly as you play-and in fact you’ll need to do just that in order to progress through the adventure, as you’ll often come across bosses and environmental obstacles that can only be overcome by using the heroes’ abilities in tandem; a chasm, for instance, can be crossed by first conjuring a block with Amadeus, then using Zoya’s arrows to tie it to another object, creating a makeshift tightrope that you can walk across. Boss battles will likewise have puzzle elements to them; in the demo we witnessed, the rotund Pontius came face to face with a hulking undead knight. The creature was impervious to standard attacks, so Pontius had to first clear the vines choking the room’s windows to allow light to filter in, then reflect the beams at the foe.

While the entire adventure is playable solo, the series is best as a cooperative experience, and just as previous installments, Trine 4 allows other players to jump in and join the journey at any time locally or online. According to Frozenbyte, some of the game’s puzzles will even differ depending on if you’re playing alone or with friends, and you’ll be prompted whether you’d like to encounter the solo or co-op versions of the puzzles when in a multiplayer session. The developer also confirmed that the robust skill trees from the first two installments are returning in Trine 4, adding another layer of depth to the adventure.

After the ambitious missteps of Trine 3, Trine 4 is a clear reset for the beloved puzzle-platforming series. Frozenbyte is drawing heavily from the formula established by the first two Trine games for its latest installment. For fans of those titles, however, that is likely assurance enough that the series is returning to form. Trine 4: The Nightmare Prince launches for PS4, Xbox One, Nintendo Switch, and PC via Steam this fall. 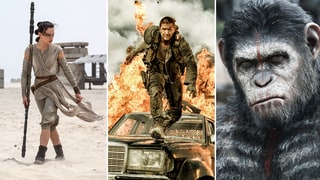 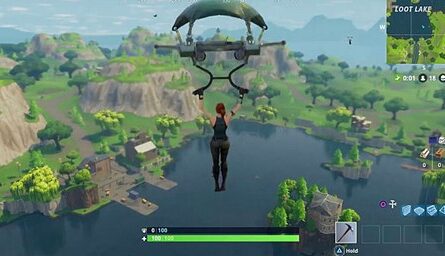