The next big update for The Division 2 is coming very soon, and it adds a new, more challenging difficulty mode, as well as a new World Tier, weekly invasions, new weapons and gear, and more. Not only that, but the first raid is on the way at the end of the month. 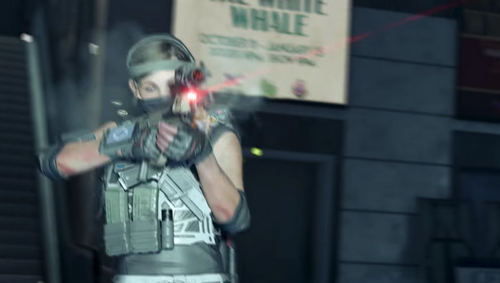 The new update, Tidal Basin, is part of the first post-launch free content, Invasion: Battle for D.C., and it arrives on April 5-here’s exactly when. It adds a new stronghold, Tidal Basin, which is occupied by the Black Tusk faction. «Tidal Basin is now home to some of the most powerful enemies in the game, and they’re not going down easy,» Ubisoft says.

Players who successfully complete the stronghold will rise to World Tier 5, and in turn this lets players get gear scores in the range of 450-500. Reaching World Tier 5 unlocks new weekly invasions that see Black Tusk enemies take over missions and strongholds throughout D.C. They are described as «harder» than other challenges, and the reward for completing them is better loot and gear.

Additionally, Invasion: Battle for D.C. adds a new Heroic difficulty setting that Ubisoft says makes for «some of the most challenging gameplay yet.» On top of that, new two exotic weapons, Pestilence and Nemesis, along with gear sets True Patriot, Hardwired, and Ongoing Directive, are coming to The Division 2 in the update.

In addition, a new PvP map titled Fort McNair is added in the update, while there are more cosmetics to acquire through the Invasion Apparel Event.

Looking ahead, The Division 2’s first raid, Operation Dark Hours, is slated to arrive on April 25. It’s an eight-player raid that is described as «the toughest of all challenges,» and one that will «test the teamwork of the most experienced agents.»

Even further out, Ubisoft will add a new Specialization to The Division 2, but there is no word yet on what it’ll be or when it’ll release.

Invasion: Battle for D.C. is the first of at least three free content drops for The Division 2 in its Year 1. The others include Episode 1: DC Outskirts Expedition (Summer 2019), Episode 2: Pentagon: The Last Castle (Fall 2019), and Episode 3 (Winter 2019).

Get A Free Google Home Mini With Spotify UK