The future is here. Season 9 of Fortnite is officially underway on PS4, Xbox One, PC, Nintendo Switch, and mobile devices, and a lot has changed in the hit battle royale game. Not only are there a load of new skins and cosmetics to unlock, developer Epic Games has introduced new areas of the map to explore. Tilted Towers, which was destroyed toward the end of Season 8, has been replaced by a futuristic, neon-soaked city called Neo Tilted, while Retail Row has morphed into the sleek Mega Mall.

Of course, a new season also brings with it a new Battle Pass, which gives those who purchase it access to an exclusive assortment of challenges to complete each week as the season progresses. Week 1’s challenges are now live on all platforms and feature the usual mix of straightforward tasks and those that require a bit more legwork, such as visiting all Sky Platforms. There’s also a two-stage challenge that first asks you to ride a Slip Stream, a new type of wind tunnel found in Neo Tilted and Mega Mall.

As usual, the Battle Pass costs 950 V-Bucks-roughly $10. Purchasing it unlocks two new outfits right off the bat: Sentinel and Rox. The latter is a progressive skin, which means it can be leveled up throughout the season into new styles. If you’d like to get a head start, Epic is also offering a Battle Bundle for 2,800 V-Bucks. This comes with the Battle Pass and the first 25 tiers unlocked, giving you immediate access to those rewards.

Like in previous seasons, each set of weekly challenges in Season 9 is divided up into two categories: those that are available to everyone, and those reserved for players who’ve purchased a Battle Pass. This means that even if you don’t spring for a Pass right away, you’ll have access to some challenges, and you’ll retroactively unlock any rewards you would have earned if you decide to purchase it partway through the season. This time around, however, Epic is giving players an extra incentive to pick up a Battle Pass: Fortbyte challenges. These missions are exclusive to Battle Pass holders and involve finding new computer chip-like items, which can be obtained either by following clues or reaching specific milestones, such as gaining a certain amount of XP. Each Fortbyte you collect will unlock a small portion of a larger picture that will be revealed by the end of the season.

Season 9 also features a secondary set of missions called Utopia challenges-this season’s equivalent of the Discovery challenges from Season 8. As before, these can only be completed by finishing all seven challenges from a given week, and they’ll reward you with a special loading screen that features a unique piece of artwork. More importantly, these screens also contain a subtle clue that leads you to either a free Battle Star or Banner hidden somewhere around the island. The Battle Star will level your Battle Pass up by one full tier, while the Banner can be used as a profile icon.

You can see the full list of Fortnite Season 9 challenges below, along with links to our dedicated guides to help you complete them. We’ll continue to update this list throughout the season as more challenges become available, so be sure to check back regularly as Season 9 progresses for all the latest tips and guides. 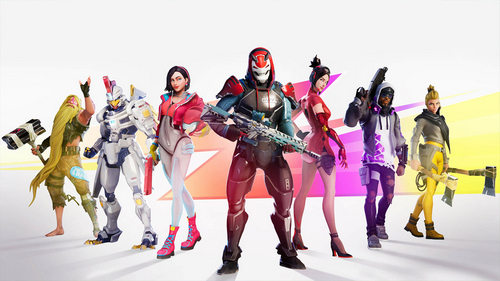