Bloodstained: Ritual of the Night has undergone several delays, but now it’s just around the corner. A new trailer drops a release date for the Castlevania homage, but also makes a point of showing just how far it’s come during its long development cycle. 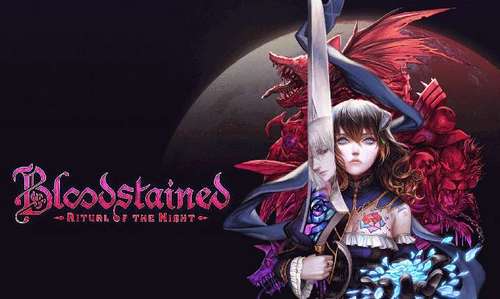 The trailer (below) gives a release date of June 18 for PC, PlayStation 4, and Xbox One, and one week later, June 25, for Nintendo Switch. But most of the time is spent showing internet naysayers mocking the early graphics, and juxtaposing that old «poop» look with the game as it will release in a little more than a month. Yes, the trailer actually does call the old graphics «poop.»

It doesn’t shed much light on the reason for the Switch version following a week after the others. This follows an announcement, from a Nintendo Direct in fact, that all of the versions will be coming this summer.

The Kickstarter for Bloodstained: Ritual of the Night promised a game in the style of Castlevania: Symphony of the Night, the most famous work from Bloodstained creator Koji Igarashi. That crowdfunding concluded almost four years ago, so it’s spent quite a bit of time in development-so long, in fact, that the target platforms have changed over time. It was originally targeting PlayStation Vita and Wii U, and development started before the Nintendo Switch was even announced, so those plans have shuffled to the new platform. The studio also recently canceled the Mac and Linux versions.

Our recent hands-on showed a game that’s right up the alley of classic Metroidvania-style adventures, with some minor trade-offs from taking it 3D. A notably clever 8-bit style prequel is already available on all platforms as well.