Borderlands 3 has found itself embroiled in another controversy. Randy Pitchford, the CEO of developer Gearbox Software, has called out David Eddings, the original voice actor for the franchise’s mainstay robot character, Claptrap, as being «bitter and disgruntled» amid news that he won’t return for Borderlands 3. This drama comes not long after Pitchford made heated comments criticising a media publication’s coverage of the game’s implementation of microtransactions (more on that later). 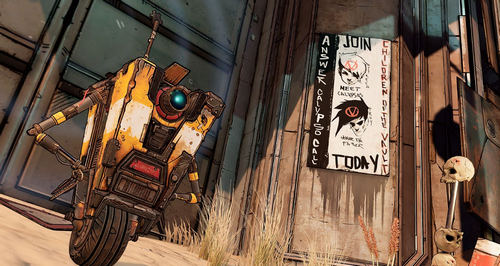 This all started when Eddings himself confirmed on Twitter that he won’t reprise his role as Claptrap in Borderlands 3 after the game’s big reveal event last week. Eddings said it came down to a matter of payment. Eddings voiced Claptrap, a wise-cracking, sarcastic robot, in all of the previous Borderlands games when he was an employee of Gearbox. He reportedly did not receive a fee beyond his normal salary to do this when he was working at the studio; Gearbox says this kind of arrangement is normal.

No. For the first time, I insisted on getting paid for my performance and all of a sudden they couldn’t afford me. Now I’m not telling them how to run their business but maybe next time they should put the $12M payment from 2K in the Gearbox bank account instead. Just sayin’…

Eddings was a decade-plus executive veteran at Gearbox before he left in 2017 to take a job at Rooster Teeth. In his tweet about Borderlands 3, Eddings said he insisted that he be paid, unlike in previous games where he reportedly recorded lines for no extra remuneration.

«For the first time, I insisted on getting paid for my performance and all of a sudden they couldn’t afford me,» Eddings said.

He added, «Now, I’m not telling them how to run their business but maybe next time they should put the $12M payment from 2K in the Gearbox bank account instead. Just saying’…»

That line is presumably in reference to the $12 million that Pitchford is alleged in a lawsuit to have received as a secret bonus that went to himself instead of the studio. For its part, Gearbox said this claim has «no basis in reality or law.»

Regarding the Claptrap controversy, Pitchford himself commented on Twitter. He said Eddings is «bitter and disgruntled» about his departure from Gearbox. Pitchford said Eddings was terminated but did not discuss the specifics surrounding his departure.

Pitchford added that Gearbox offered Eddings twice the standard union voice actor rate to return for Borderlands 3, but he refused. «I don’t want him to do it unless he wants to do it, as motivation affects performance,» Pitchford said.

Gearbox released a statement regarding the Borderlands 3 Claptrap situation that attempts to clarify the facts. The company clarified that it offers its salaried employees the opportunity to do voice work in its games, but this is never a mandatory responsibility for their job requirements. «In this particular case, now that [Eddings] was no longer an employee, we offered him an industry standard rate, but were not able to reach an agreement,» Gearbox said to IGN.

Stepping in for Eddings as Claptrap in Borderlands 3 is Jim Foronda. Gearbox said it is «confident and happy» with Foronda, who previously voiced Mighty Mask in the Dragon Ball Z Kai anime series.

Here’s my official announcement saying what many of you already figured out: I am voicing Claptrap in #Borderlands3. Thanks for your support– I promise you all that I’ll be the best Clappy I can be!
And with that, I present my LEGO render of @GearboxOfficial’s voiceover booth. pic.twitter.com/no2tUEe813

It’s not just Eddings who won’t return for Borderlands 3. Prolific voice actor Troy Baker isn’t coming back to voice Rhys. The character Rhys appeared in Tales from the Borderlands voiced by Baker, but he’s new to the mainline series. Baker also called out Pitchford, telling Only Single Player, «I think it’s interesting that Randy Pitchford tweeted out that I turned it down and then he said he heard that I turned it down. I would fact-check before I tweet it out to the internet, is all I’m saying.»

Voice actor Ray Chase, who is perhaps best known for voicing Noctis in Final Fantasy XV, is stepping in to voice Rhys in place of Baker.

This is just the latest controversy surrounding Borderlands 3. After confirming that Borderlands 3 will feature microtransactions, Pitchford called out Game Informer for what he deemed as a «shi**y clickbait headline» regarding the game’s microtransactions, going on to question why the publication would «f**k me on this.» Game Informer has stood by its original reporting, and Pitchford faced backlash for his comments.

As for Borderlands 3 the game, we recently spent a good amount of time with it and came away impressed. You can check out GameSpot’s hands-on preview in the video embedded above, which also contains lots of new gameplay footage.

Borderlands 3 launches on September 13 for PlayStation 4, Xbox One, and PC.

Sekiro Genichiro Boss Guide: How To Beat Your Nemesis