Apex Legends developer Respawn is aware of the interest among fans in a Nintendo Switch version of the battle royale game, but it might not happen – or it might. Respawn isn’t ready to say just yet. Project lead Drew McCoy told Wired that the studio is working on «a lot of things» right now, but there is nothing to announce yet about a Switch edition. 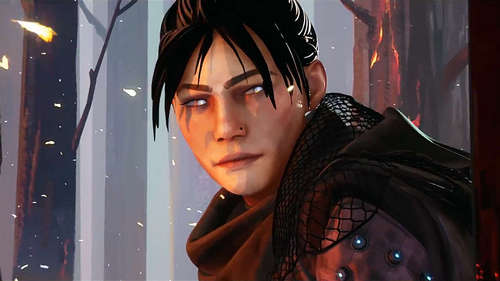 «If Switch was coming, we would tell you, and we would blast it across the world. We are hearing all the Switch players who say they want the game,» he said. «I can’t make any promises right now. We have a lot of things that we’re working on, so stay tuned for anything in the future. But currently we don’t have anything to announce.»

McCoy’s wording is interesting. He never outright says it won’t happen, or even that there are no plans. He’s saying that Respawn has nothing to announce right now. This is very far from a confirmation that Apex Legends is coming to Switch, however.

Apex Legends is available on Xbox One, PlayStation 4, and PC.

Switch players aren’t without any battle royale games, of course, as Epic’s Fortnite is available on the console. Tetris 99 is also on Switch, while Crazy Justice has been announced for Switch.

In addition to ongoing support for Apex Legends, Respawn is just about to reveal its Star Wars game, Jedi Fallen Order, this weekend at Star Wars Celebration. The studio is also working on a new Titanfall experience to launch this year, while the team has an Oculus Rift game also in development.

Would you like to see Apex Legends come to Switch? Let us know in the comments below!

Xbox Game Pass Adds One Of The World’s Most Popular Games, Minecraft