The Nintendo Switch’s classic Capcom game selection was already growing this year with the upcoming ports of multiple Resident Evil titles, but one PlayStation 2 title’s making its way to the console you may not have expected: Devil May Cry. It’s coming out this summer. 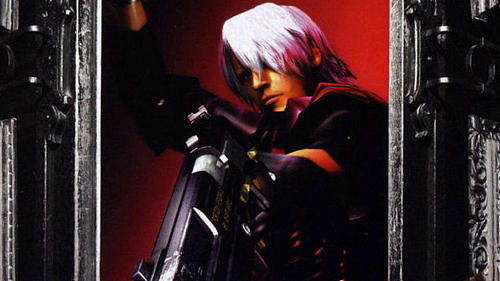 The PS2 title has been ported in the Devil May Cry HD Collection more than once, but this time the original title is coming in solo. Following Capcom’s recent trend of releasing ports on the Nintendo Switch individually, only the first game in the series has been announced for release.

Devil May Cry was one of the biggest game releases back in 2001, and we can all agree its younger sibling Devil May Cry 5 has been one of the most prolific releases so far this year. There’s no better year than 2019 for Dante to make is first foray to a Nintendo system, especially since Super Smash Bros. Ultimate came out last year. If Cloud can be in Smash, so can Dante.

Some fans are speculating this may be the first step to Dante getting into Smash Bros. since a character needs to be present in a game on a Nintendo console before it can remotely be considered for Smash. We’ve already got Bayonetta; I don’t think anyone would complain about finally being able to make Dante and Bayonetta duke it out, an old rivalry reborn.

Capcom said they were going to be supporting the Nintendo Switch a couple of years ago and hinted they’d be porting holder titles. Well, here we are. A whole chunk of Resident Evil titles is coming this month (HD ports of RE1, 4, 0 and the Origins Collection) and Devil May Cry swinging onto the console this summer. Though if Capcom decides to port the rest to Switch, you can expect them all to have about the same price tag.