In particular, the updates are in response to problems associated with the Towers of Time and the issues around microtransactions in general.

The main patch, which will be released on all platforms, will adjust the difficulty in the game’s Towers of Time mode, the main source of MK11‘s postgame content. Many players have complained the Towers posed too much of a challenge, with brutal enemy A.I. and some obstacles that proved almost impossible to surmount.

Apart from the challenge only frustrating players, these issues enhanced dissatisfaction with MK11‘s not-well-received microtransactions. Grinding in the Towers is the way to earn Kurrency for in-game purchases without spending real money, but the process was deemed a chore and turned many away completely.

The patch will reduce enemy A.I., provide some character tuning, make those formerly impassable hazards passable, and provide increased Kurrency rewards; however, the Reddit outline doesn’t give a concrete amount for the increase.

All players will also receive a special thank you gift:

This base patch is expected to roll out early this week for PlayStation 4, Xbox One, and PC. The patch for the Nintendo Switch version doesn’t have a release date as of yet, though the team will provide one soon.

The Switch and PC versions are each getting a second patch meant to iron out issues specific to those platforms. It’s part of an effort to ensure every version of the game plays essentially the same.

The additional Switch patch is planned for release early this week as well. It will do the following:

The PC patch is also expected to launch early this week.

These enhancements mean all players, though especially those who purchased the game mainly for single player content, have a chance to get the most out of it, and it stands in marked contrast to other recent, less player-pleasing announcements.

This level of attention to consumer complaints isn’t unique to NetherRealm, though. Respawn Entertainment, makers of Apex Legends, has made it a point to place addressing player feedback at the center of their update philosophy. 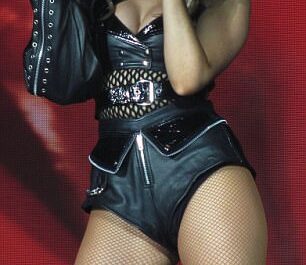