Minecraft is the game almost everyone knows about. It’s a suggested purchase that pops up on every new Microsoft computer, and even non-gamers across a wide age range know about it.

It’s a charming survival crafting game that puts players in control of almost every aspect of the game world, and it’s safe to say Minecraft was one of the first games to truly take the world by storm.

And Microsoft’s latest move is set to extend Minecraft‘s reach even further.

The company announced during its March 12 Inside Xbox broadcast that Minecraft will be coming to the Xbox Game Pass library of games on April 4.

That means Xbox owners with a Game Pass subscription can play Minecraft for free. For those who aren’t familiar with it, Xbox Game Pass is a subscription service where Xbox owners pay $9.99 per month to get access to a variety of Xbox One and Xbox 360 games. 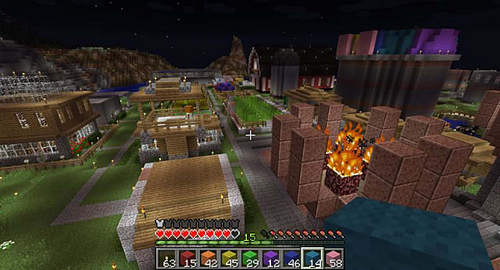 The move is an attempt on Microsoft’s part to broaden Game Pass’ appeal and include more family-friendly games in its library. The company advertises access to more than 100 games as part of the subscription, but only 10 of those have an E or E10+ rating currently. Out of those 10, only one – Rocket League – has a similar level of mass appeal like Minecraft

And Minecraft‘s appeal is massive.

In an interview with Business Insider last year, Helen Chiang, the head of Minecraft at Microsoft, said there were close to 100 million people playing Minecraft every month. That’s well beyond Fortnite‘s audience at its peak, though Apex Legends could catch up at some point.

Bringing the hugely popular building game to Microsoft’s subscription service is in keeping with the philosophy that’s guided the game since the beginning. Every Minecraft update is free, and there are various different servers that offer new game modes and experiences, along with countless seeds to spice up a new Minecraft world with, all at no extra cost to the player.

Microsoft’s desire to create more family-friendly experiences could also relate to its relationship with Nintendo, which seems to be growing much closer of late.

If the two do join forces, and Nintendo Switch owners and mobile gamers get access to the Xbox Live service, which Game Pass is part of, then perhaps Microsoft wants to make sure there’s enough on offer to appeal to a broad range of gamers.

Why Suda51 Returns To Fire Pro Wrestling, Which Launched His Career