BioWare is planning to launch a PC test server for Anthem in hopes of better understanding what aspects of the game people enjoy and what still needs work. The announcement for the new test server is included in an Anthem development update posted to Reddit. 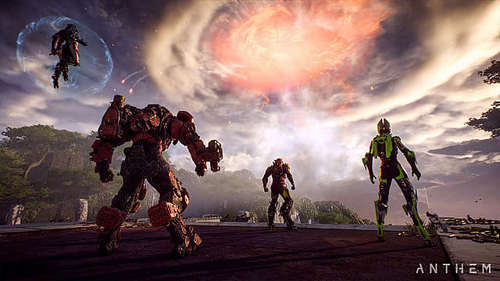 There’s a possibility the test server might extend to Xbox One or PS4 as well. «We want to provide more ways to get your feedback and for you to tell us what you think is fun (or not fun),» BioWare wrote. «To facilitate this we plan to introduce a Player Feedback Environment (PFE), an opportunity to get your feedback before we go live with major features (in the short term for PC only).»

Anthem’s latest update introduced a new stronghold called The Sunken Cell, which can be accessed once you’ve completed the game’s main campaign. The update also patched in several features that fans have been asking for for a long time, such as the ability to customize your javelin loadout on the fly and launch new expeditions after completing a mission without needing to return to Fort Tarsis. Several balancing changes and bug fixes were implemented as well.

This update was supposed to be one of the major steps in BioWare’s 90-day content plan for Anthem. However, most of the content scheduled for the update has now been delayed. As such, Anthem’s community now has to wait on guilds, weekly stronghold challenges, leaderboards, the Cataclysm, and several other major updates planned for the game. Despite its rocky launch and the delay of content that would provide players with more to do, Anthem is still one of the top selling games of 2019.

«The Cataclysm is an important addition to the game and it’s currently a big focus for the team,» BioWare wrote. «The Cataclysm will bring new challenges and rewards and pushes the story of Anthem forward. As our work continues, we will share more with you in May.»

Anthem is available on Xbox One, PS4, and PC. In our Anthem review, Kallie Plagge wrote, «Anthem has good ideas, but it struggles significantly with the execution. It’s a co-op game that works best with no one talking; it buries genuinely interesting character moments and puts its most incomprehensible story bits at the forefront; its combat is exciting until you get to the boss fights and find your wings have been clipped. Even the simple, exhilarating act of flying is frequently interrupted by the limitations of your javelin, and you never quite shake that feeling of disappointment-of knowing, throughout the good parts of Anthem, that you’ll inevitably come crashing back down.»

PUBG Shut Down In China, Replaced By Near-Identical Patriotic Alternative