Gearbox Software has announced that Borderlands 3 will be available from September 13 and the PC version will be distributed through the Epic Games Store at launch. The game will be available on additional storefronts in April 2020. 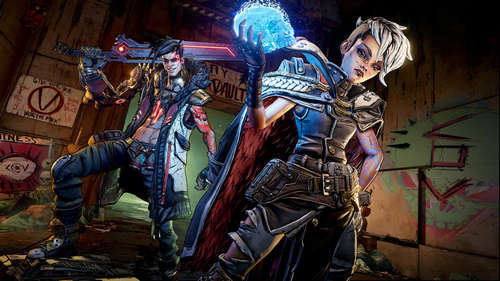 Borderlands 3 is the latest in a growing number of games that are shifting their focus from Valve’s Steam platform to Epic’s nascent digital delivery service. In a statement, publisher 2K said this decision was in line with the company’s efforts to embrace new delivery platforms.

«The PC gaming community has been an important part of the success of the Borderlands series, and we are excited to be partnering with Epic, who recognize its worldwide popularity and share in our commitment to bring Borderlands 3 to this rapidly expanding audience,» said 2K president David Ismailer.

«Our mission, in addition to delivering the most engaging and captivating entertainment experiences, is to embrace new distribution platforms that will contribute to our effort to grow the audience for Borderlands 3,» he added.

Gearbox also said that the PC version has been developed with hardware manufacturer AMD. As a result, it has been optimized for AMD Radeon graphics cards and also and Ryzen CPUs.

Borderlands 3 will also be available on PS4 and Xbox One from September 13. Gearbox has released a new trailer for the game, showing off some of its explosive gameplay and also providing us with a closer look at the four new Vault Hunters that players will take on their adventures. Gearbox certainly seems to be being more ambitious for its third entry in the series, and you can read about some of the new features coming to Borderlands 3 here.

Days Gone Keeps Getting Updates; Here Are All The Patch Notes