Today on Twitter, Blizzard announced the next new Overwatch event and provided some narrative background for it. The event is titled «Storm Rising» and will run from April 16 through May 6. 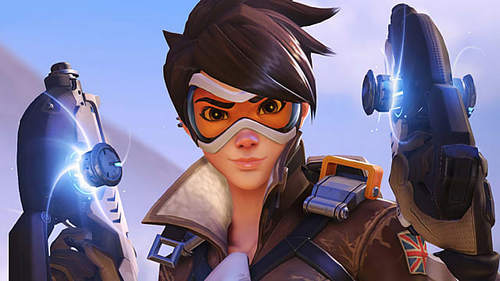 The video features new character Sojourn giving a debrief about the upcoming mission and who would be involved in it. Storm Rising picks up Overwatch‘s ongoing narrative that sees the game’s heroes in a seemingly hopeless struggle against Doomfist. However, this time, the heroes must take a different approach.

There is apparently nothing the team can do against Doomfist thanks to a lack of strong evidence, so his accountant, Maximillian, is the primary objective.

Sojourn tells Strike Commander Morrison that Tracer will lead the team, with Genji, Mercy, and Winston as support.

The new event’s name coincides with a lengthy lore post on the official Overwatch website from April 7 and suggests it will take place in Cuba during a hurricane. It’s possible Sojourn may be added as a playable character as well.

Rising Storm follows the same pattern as previous years, where a new Overwatch Archive event takes place from April to May. These events included new, special loot and PvE challenges, but no other details have been announced about Rising Storm yet.

After initially taking the world by storm, Overwatch doesn’t make headlines as frequently anymore. Some cite toxic fan communities as the issue, though others say the game is still fun and newcomer friendly and that it has a sizeable community.

Still, there’s no denying Overwatch has been eclipsed by the rise of games like Fortnite and especially the battle-royale/hero shooter combination of Apex Legends. Where some estimates put Overwatch‘s total number of players at 40 million last year – during its two-year anniversary – Apex Legends reached 50 million within a month.