Dante is coming to Nintendo Switch. Capcom has announced that the very first Devil May Cry is coming to the platform sometime this summer. The announcement didn’t give word on whether this will be a straight port of the PS2 original or based on the more recent HD Collection. 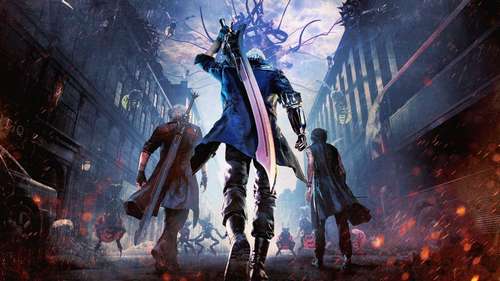 While the announcement was short on details, though, the implications are huge. Devil May Cry has never been on a Nintendo platform before in any capacity. Series head Hideaki Itsuno pointedly said in an interview in February that for Dante to appear as a guest character in Super Smash Bros. Ultimate, he’d sensibly have to appear in a game on the platform first.

This would appear to fulfill that criteria, and Itsuno would have likely known about any pending Smash Bros. guest spots at the time he made that comment. Dante may not be destined for Smash at all, but this at least raises the possibility.

The first and so-far only announced guest DLC character is Joker from the Persona series, who went live with an update in April. Meanwhile Dante has continued making devils cry with further adventures and a growing cadre of allies, most recently with the altogether excellent sequel Devil May Cry 5.