As reported yesterday, a new update introduces a new difficulty mode to Kingdom Hearts III. The update, a set of two patches, will also implement a host of quality-of-life additions to enhance the game’s playability. They will be available later today. 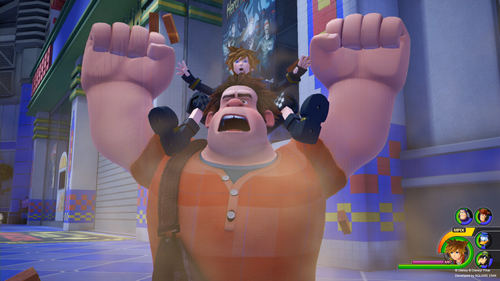 Patch 1.04 will see Critical Mode-a new, higher difficulty setting-make its way to the game. In a tweet, director Tetsuya Nomura teased adjustments to the mode, saying, «We’ve changed things up from the previous games, so I hope you enjoy.»

The second patch, 1.05, will add 100 more photo slots-upping the total to 200-and introduce item carryover (such as Keyblades) to New Game+. Both patches will implement various fixes, but there are no specific details about what these fixes are.

Additionally, certain enemies have had changes made to their behavior, but again, no specifics were mentioned. Additionally, when at the Moogle Shop, you’ll be able to see which Synthesis items you’ve already synthesized; these will be designated by a checkmark.

The full patch notes were published by Square Enix in Japanese. You can see a translation courtesy of Kingdom Hearts Insider.

According to the official Kingdom Hearts Twitter account, at least one of the patches will be released today at 7 PM PT / 10 PM ET (3 AM BST on April 24).

Free NES Titles For Switch Online Subscribers Revealed For May