Respawn boss Vince Zampella has confirmed that Star Wars Jedi Fallen Order is a story-driven, single-player game. There will be no multiplayer to speak of, and no microtransactions either, which means the game will be bucking a few recent trends in favor of delivering players a focused narrative. 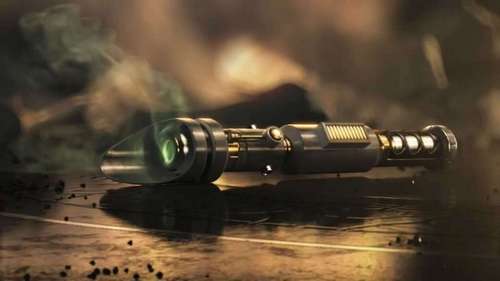 On the Star Wars Celebration Day 1 live stream, Zampella said, [Jedi: Fallen Order] is a single-player story game… No multiplayer, no microtransactions. It’s a story game.» Zampella’s words were met with applause and shouts of joy.

[Update: Saturday’s Jedi Fallen Order panel has concluded, having brought us both the first trailer and a release date: The game is coming to PS4, Xbox One, and PC on November 15. There were also some high-level details shared about the story and its protagonist, but we didn’t get a look at gameplay and learn a whole lot about what the game plays like. The panel was light on information overall.]

«I hope [the six writers] are listed in the reveal because I accidentally said ‘I’ve wrapped this up,’ but there are other writers and I’m not even the lead guy,» Avellone said. «Story was very important to Respawn. I think they do a good job of introducing various narrative layers into their games already, but they think the story is an important part of what they perceive to be a Star Wars game. That’s one of the reasons I like Respawn, because when they tackle something like that, they understand what the important points are.»

The Knights of the Old Republic II – The Sith Lords writer has said he’s done with his portion of Jedi: Fallen Order’s story. «I think they brought me on because I have a pretty strong Star Wars pedigree so I’d probably be able to just jump right in,» Avellone continued. «And I was, which was good. It didn’t require a ton of new research.»

Jedi: Fallen Order was revealed during E3 2018, and Zampella said the Star Wars game is set after Episode III: Revenge of the Sith. You’ll play as a Jedi Padawan that escaped Order 66, and you’ll have access to a lightsaber. Respawn is expected to announce further details about Jedi: Fallen Order during a panel at Star Wars Celebration on April 13 at 11:30 AM PT / 2:30 PM ET / 7:30 PM BST.

Star Wars Jedi: Fallen Order is currently scheduled to release Fall 2019, presumably for Xbox One, PS4, and PC. Some art for the game has already been leaked. Despite not knowing much about it, there are quite a few people and places we want to see in the game.