Mortal Kombat 11 is just a couple of weeks away, marking the latest entry in NetherRealm’s signature fighting franchise. The studio has dabbled in other franchises like Injustice but is most closely identified with MK-NetherRealm’s name and logo are even explicit references to the series. But creative director and franchise co-creator Ed Boon says he’d like to see the studio branch out. 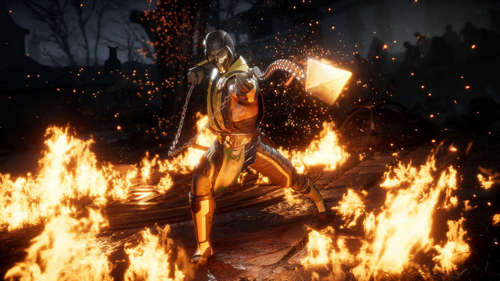 «I think our studio has a number of good games in it that are completely unrelated to Mortal Kombat,» Boon told Game Informer. «While we love making Mortal Kombat games, we would love to expand into other genres, other IP, other things like that, for sure.»

Boon also suggested that the success of Mortal Kombat X is one major reason the studio hasn’t moved on to another one of those ideas it has stored away. MKX notably sold 11 million copies, making it NetherRealm’s best-selling game.

«One of the challenges of having your last game sell the most of any other game, is … it’s hard to just stop from there and say we’re done,» he said. «But certainly we could take a break from it and build up anticipation for a future title.»

Mortal Kombat 11 is the third game in a refreshed series that began with MK9, which was packaged as simply Mortal Kombat. It was treated as a soft reboot of the series, and retold some of the same story beats from the original games. MK11, by comparison, is paying homage to the series’ long legacy with a time travel plot that brings in alternate timelines and paradoxical variations on several characters. It’s been implied that this game treats the entire series as canonical, including those that came before MK9, thanks to the existence of multiple universes.

It also uses the time travel element to introduce various cosmetic changes for characters, but Boon has ruled out the use of loot boxes. This is also the first main Mortal Kombat since the reboot to appear on Nintendo Switch, which appears to work surprisingly well. For more on Mortal Kombat 11, check out the full character roster so far and consult our preorder guide.

SteelSeries Arctis Headset Line Comes to the Xbox with 9X

Another Persona 5 Announcement Teased For April, And It’s Not P5R