Although it hasn’t been officially confirmed by Ubisoft, it appears as if the next game in the Assassin’s Creed franchise will take place in a Viking setting. The game is expected to launch in 2020, with 2019 devoted to the release of a remastered edition of Assassin’s Creed III and Odyssey’s Fate of Atlantis episodic DLC. 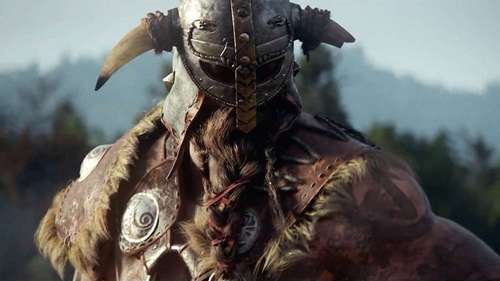 Theories that the next mainline Assassin’s Creed game will take place in the era of Vikings sprung up with the discovery of odd posters in The Division 2. YouTuber JorRaptor noticed that the numerous Viking posters located in The Division 2’s Potomac Event Center seemed to feature a Norse god or traveller holding what appears to be an Apple of Eden. Kotaku has since confirmed from two independent sources «familiar with the game» that the next Assassin’s Creed title-codenamed «Kingdom» and scheduled for 2020-stars Vikings.

One of Assassin’s Creed’s Pieces of Eden, the Apple, has been one of the most prominent ties in the Ubisoft franchise, with versions of it appearing in the original game, Assassin’s Creed II, Brotherhood, Revelations, III, Syndicate, and Origins, as well as many of the comics, novels, and the live action movie. These ancient technologies were developed by a fictional race that lived centuries prior to most of the events of the Assassin’s Creed franchise, and they-along with the other Pieces of Eden-have been repeatedly used as the main source of power for history’s seemingly supernatural or divine figures.

If the next Assassin’s Creed does have a Viking setting, it flies in the face of fans’ repeated requests for a game in Japan, and discounts the 2016 leak that revealed the franchise’s next titles would be a trilogy telling the origin of the Assassin and Templar conflict-set first in Egypt, and then followed by Greece and finally Rome (although getting two out of three settings isn’t that bad).

The Viking Age commonly refers to the period of time in Northern Europe between the ninth and eleventh centuries, which could put this next Assassin’s Creed game anywhere between 100-400 years prior to the events of the very first game. Both Origins and Odyssey have detailed how forgotten members of history discovered the value of killing key figures as opposed to waging wars, giving rise to the Hidden Ones. But the franchise still hasn’t shown how the Hidden Ones become the Assassin Brotherhood seen in the first game, nor how their enemies, The Order of Ancients, become the Assassins’ foes, The Templar Order, also seen in the first game.