The Revelry is over, but the weekly reset and Update 2.2.2 added yet another big secret event to Destiny 2. Hidden in the game is now the quest to earn a new version of Outbreak Prime, a secret weapon from the original Destiny. To get Outbreak Perfected, the updated take on the Exotic pulse rifle, you’ll need to embark on a long and arduous quest, similar to the one necessary to unlock Whisper of the Worm.

In order to unlock the quest, you’ll first need to decipher a series of clues and visit a bunch of Lost Sectors. But the hunt for the weapon brings you back to the Tower eventually, and includes an encounter with an old friend: Mithrax, a Fallen warrior you can encounter in Destiny 1, who has a fair bit of lore about him.

We’re gathering all the info we can to help you get Outbreak Perfected quickly and easily. Here’s how to start the quest, where to go, and how to handle the final, lengthy timed mission at the end. 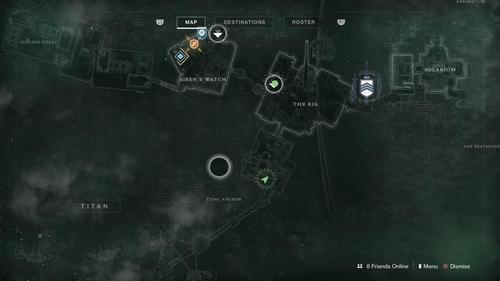 To unlock the quest to get Outbreak Perfected, you’ll first need to head to Titan. Land on The Rig and head south, into the area called Tidal Anchor. You’ll remember this area from the story mission where you had to switch on the pistons to get the power back on in The Rig. 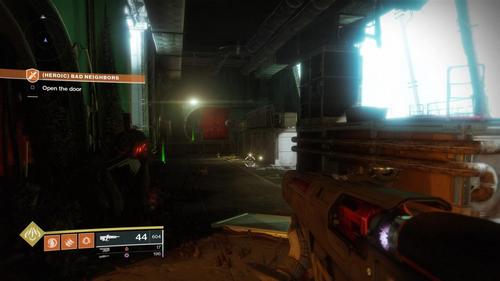 Keep moving until you hit a room with a big glass front window (after the room where you’d normally first try to switch on the pistons). On your right as you enter is a scannable Hive crystal, which contains a little bit of lore from Ghost. Turn left and you’ll see a room lit in red, with doors with the number «7» printed on them. 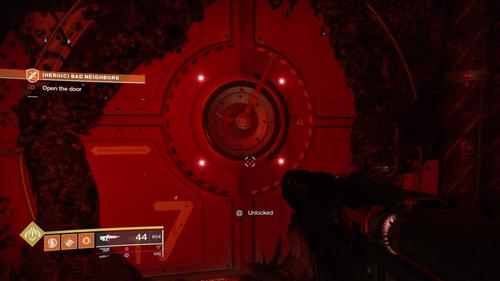 Check the left door, which should prompt you to «Unlock» it. Inside you’ll find a mostly empty room filled with computers. 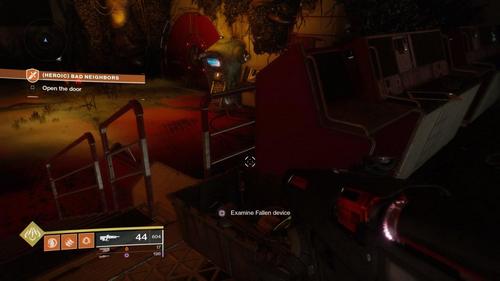 Check for a small supply bin near the Fallen computer on the right side to find a «Fallen Transponder» item. That’ll start you on your way. 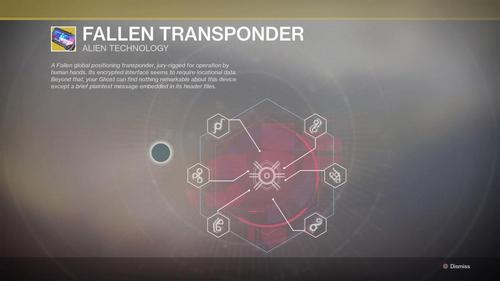 Your next item of business is to find six nodes to add to your Transponder. Open the item in your inventory and you’ll see six icons arrayed in a ring around the center. Each one gives a little riddle that describes a location-in fact, they’re all Lost Sectors. You can figure out each of the locations on your own, but we’ve run down which Lost Sectors they are and where the nodes are hidden in each below. 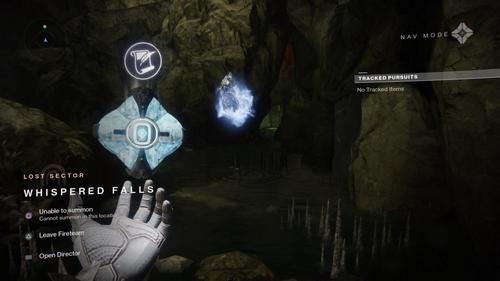 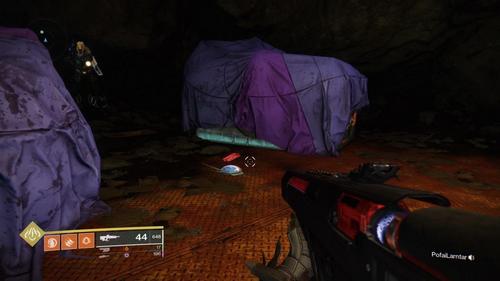 Check toward the back of that room for an object with projecting a red hologram.

Node 2: Whispered Falls, EDZ. Also in the Outskirts. The node is near the very beginning of the Lost Sector, where you drop down into a big cave filled with enemies. 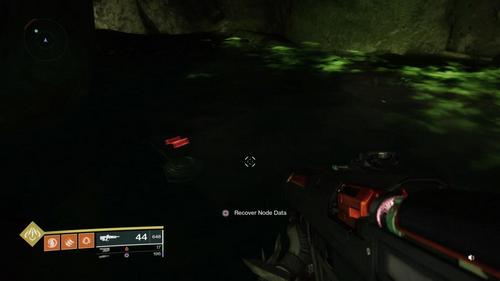 Head down to the bottom where there’s water and look to the right side for a small opening in the cave wall that’s lit green. Head inside to find the node. 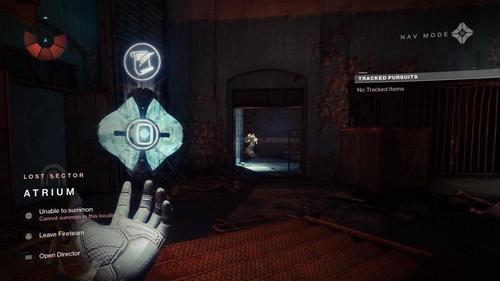 Node 3: Atrium, EDZ. The last two Lost Sectors on Earth are in Trostland. Head to the church and head into the one whose entrance is in the floor. You’ll go about halfway through the Lost Sector to find this one. 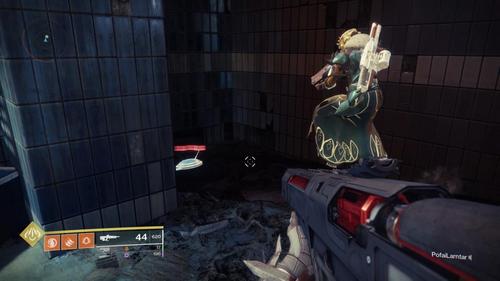 Clear a room lit with only one big spotlight, and look for a doorway with a broken rusty staircase leading down; the wall will have another big «7» stenciled on it. Hop down there and check the corner immediately to your left. A small hallway leads to a dead-end corner, with the node hidden just out of view.

Node 4: Widow’s Walk, EDZ. While you’re still in Trostland, find the entrance set in the buildings near the church. Head to the back of the Lost Sector where you find the locked chest. 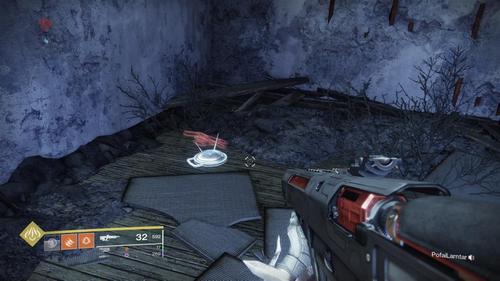 When facing the front of the chest, look up and to the right for a small ledge where you can hop up and find the node. 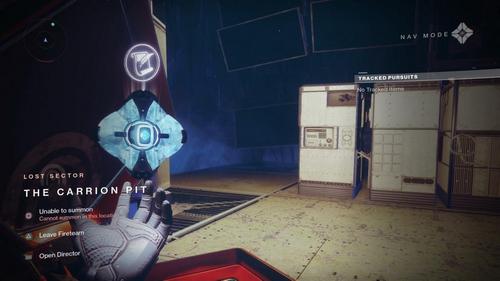 Node 5: The Carrion Pit, Nessus. This one’s in the Glade of Echoes. Fight all the way through to the end of the Lost Sector, until you get to the chest. Straight behind it is a hole that lets you shortcut back to the entrance. 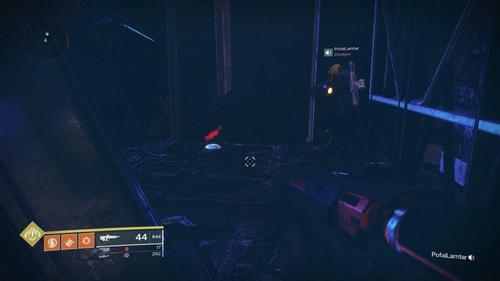 Don’t drop down it, but check the black wall to the right of the chest; you should be able to jump around the edge of the wall by jumping over part of the hole, in order to find a gap behind it, where the node is hidden. 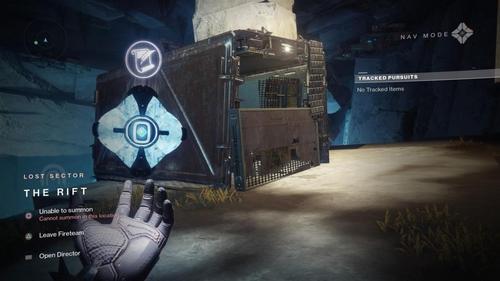 Node 6: The Rift, Nessus. Your final node is in the Exodus Black. Head into the Lost Sector into the very back, to the locked chest again. Standing facing the chest, you’ll have big chuck of rock running along the left wall that you can walk on. 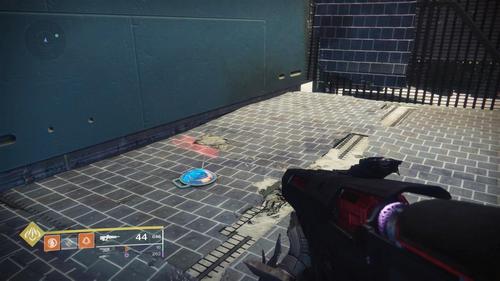 Look for a rectangular metal container with its end hanging off the cliff. The node is inside, but you’ll have to jump around the outside of the box to enter it from the cliff side to get to it.

Once you have all the nodes, the center of the Transponder will be activated, showing a coded message. You can try to decode it, but we know where it wants you to go. Read on for the answer. 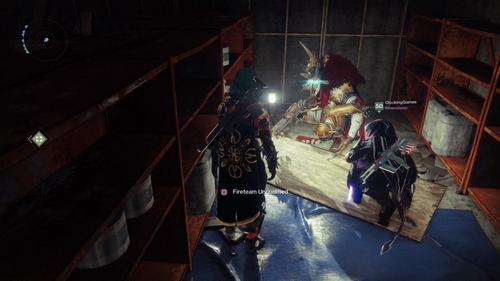 Turns out, this whole quest is a tip from Mithrax, a Fallen warrior from Destiny 1 who decided to ally with the Guardians. When you talk to him next, you’ll activate a timed special mission, much like The Whisper, the quest to get the Whisper of the Worm Exotic. You can take a full fireteam of three into the mission, which has a Power level of 690, but there’s no matchmaking.

You can find Mithrax at the Farm. When you spawn in, head to the barn on the right side of the area, and check the outside wall next to a rusted-out truck to find a set of open cellar doors. Head inside and into the back of the basement to find Mithrax. Talk to him and you can activate the mission, which you’ll need to complete with in 20 minutes.

The mission, Zero Hour, has you fighting a bunch of Fallen through the destroyed portion of the Tower, echoing a lot of what you encountered in the very first mission of Destiny 2, but in reverse. We recommend you bring weapons and Supers with solid range that are good for clearing lots of enemies quickly. Riskrunner is a great bet since you’ll be fighting a bunch of Arc-wielding Fallen all the way through. We also liked Jotunn for shooting sniper shanks from long distances and 21% Delirium for dumping a lot of ammo on big targets fast. Useful Supers include things like Shadowshot with Orpheus Rig, Blade Barrage with Shards of Galanor, and Nova Bomb with Skull of Dire Ahamkara.

The mission is a bit of a maze, so you may get lost in the attempt. Unlike The Whisper, which starts with lots of platforming and then ends with a battle, Zero Hour is the opposite: mostly fighting at first, lots of platforming later, then a boss fight. If you can’t find a way forward, look for a vent opening that’s not obvious. Some especially tough-to-stop ones are beneath the nose of the ship when you reach an outside area of the Tower, for instance. Also, as you work through the platforming sections of the mission, look for buttons you can press. These will usually extend platforms and walkways that will make things easier for the players following you.

Before long, you’ll reach the outside of the Tower, where you’ll need to platform your way down across a series of small platforms and antennae to reach another vent you can crawl into. When you hit the dead end with the button, look for the vent in the ceiling.

After that, you should come into a room with a yellow covered vent on your right, and another to the left, hidden behind a box. Use the left one, which will put you into a vent with several exits on your right. Blow open the first one and look down for a platform directly beneath you; drop to that one and enter the vent there. You’ll see another five or so vents scattered through this room, but they all lead to death; this is the only one forward. 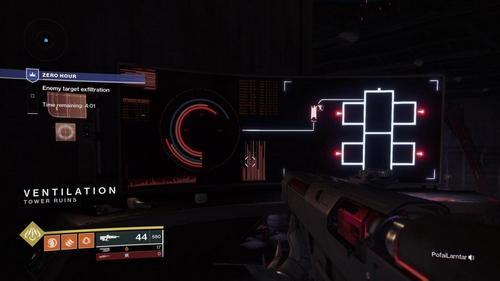 Not long after that is the Ventilation room, a big room with narrow hallways. You can look down at the room through the big window, while the monitor to your left shows a map. You’ll need to drop down through the vent on your right into the Ventilation room-you can then head either left or right. Pick a side (it’s good to coordinate with your team to spread out) and look for side hallways splitting off from the main path. If you follow them around to the back walls, you’ll find buttons, marked in red on the map. Hit them all to open a door at the far end of the room, marked at the top of the map.

While you work through the Ventilation room, a robot with a red light on it will randomly wander the halls at high speeds. It has blades on it, and will run you over if it finds you. Look for side hallways or small vents you can duck into to avoid it. You can also jump onto the pipes that through the center of the area to connect the left and right sides to stay away from the robot. Beware, also, that once you start hitting buttons, electrical forcefields will occasionally impede your progress toward the door.

After you exit the Ventilation area, you’re almost done. You’ll take a set of poorly maintained elevators upward and exit into a big bank vault. Head to the back left corner when the vault door is at your back to trigger a hidden door that’ll open in front of you. From there, head to the back of this very large bank room and into the alcove on the right to find a hole cut in the floor. Follow the path forward to hit a big boss fight with a mess of Fallen.

You’ll face a Fallen Captain, plus some giant Servitors and even two Fallen walkers. You can focus your fire on the boss, but killing him isn’t enough; as best we can tell, you need to kill at least the two walkers as well (although when we beat the mission, we wound up clearing out all the enemies including the Servitors).

Riskrunner is great for this, especially against the walkers, since you can get right up in their faces and let them shock you to amp up the gun. Nova Bomb is great for killing the Servitors and shanks that accompany them, as is Shadowshot. Clearing the minion enemies will help make the battle go quite a bit easier, if you can manage it, but if you need to speed through it, go after the walkers first and then focus fire on the Captain to finish him off. 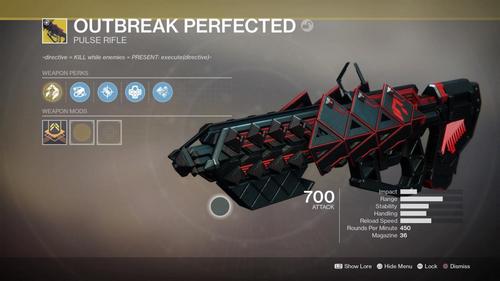 Mithrax will visit you one last time when you win, and you’ll walk away with Outbreak Perfected. It’s a pulse rifle that infects enemies with SIVA, the nanotech virus from the original Destiny, and does extra damage to anybody the SIVA zaps.

Finishing the mission will also unlock a Heroic version you can access from the EDZ map, as well. Much like with Whisper of the Worm, working through the mission will get you the Exotic catalyst for Outbreak Perfected, which improves it even more. 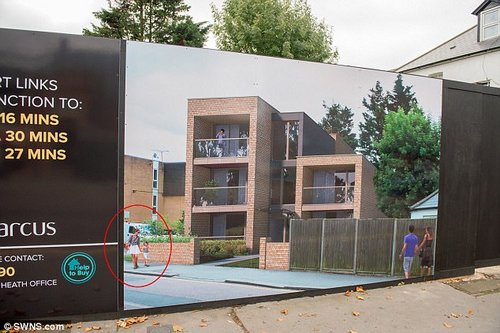