Bandai Namco announced the final lineup of Jump Force fighters today, alongside a new trailer for one of them: My Hero Academia‘s All Might.

Like the rest of the Jump Force roster, the DLC fighters are pulled from a variety of popular manga franchises, including  Bleach, One Piece, Naruto, Hunter X Hunter, Dragon Ball Z, and, of course, My Hero Academia.

As the trailer shows, the Character DLC Pass fighters will start making their way to Jump Force in May, with All Might getting the first spotlight.

His style is characteristically big and dramatic, featuring hard-hitting attacks and speedy movement. The «True Symbol of Peace» brings a signature ultimate attack too: the United States of Smash. 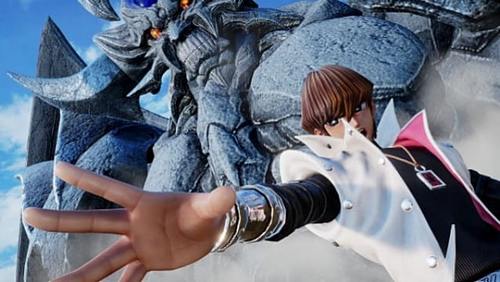 Beyond All Might and the already-announced Seto Kaiba of Yu-Gi-Oh! fame, Jump Force is getting several additional fighters:

More details will be released about these characters later in the year, and each can be purchased individually.

However, the Character Pass is available to purchase now for $29.99. It grants access to nine DLC fighters, with four days of early access play prior to the fighters’ official release, as well as new abilities and costumes for Avatar customization.