A new firmware update for Nintendo Switch has arrived, and it makes some big changes, the most notable of which are save transfers between Switch consoles and the ability to sort your games in various ways. 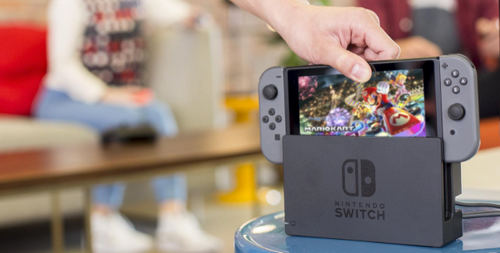 Starting with the save transfers, update 8.0.0 introduces the ability to transfer save data between Switch consoles. You can do this by heading to System Settings > Data Management > Transfer Your Save Save. One major thing to note is that once you transfer your save data, it’s erased from the console it was originally on, known as the source system.

As for the sorting feature, this lets you sort by last played, time played, game name, and publisher.

Another notable addition in the update include the introducing of a «zoom» feature to get a closer look at things; you can use this by pressing the home button twice. Additionally, Nintendo has added 15 new player icons from Splatoon 2 and Yoshi’s Crafted World.

You can see the full patch notes below, as posted on Nintendo’s website.

Ubisoft CEO Gives An Update On Beyond Good And Evil 2