When someone has to design over 800 different Pokemon, obviously, ideas are gonna start running short. Developers are going to have to make some tough decisions: give fans new Pokemon to keep the games fresh (though they may not be the best), or keep the good designs and hope that fans retain their interest though nothing new is added?

While GameFreak has found a nice balance over the years between the approaches, that has still not stopped them from introducing some stinkers into the mix. While some new additions melt the hearts of players everywhere – Mimikyu, I want you to choose me – others don’t.

Compiled here are but ten of the dumbest designs for Pokemon that probably should have received a hard pass when their presentation came up, rather than a, “Eh, good enough.” 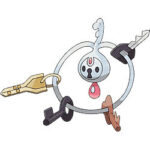 Pokedex entry (Alpha Sapphire): Klefki never lets go of a key that it likes, so people give it the keys to vaults and safes as a way to prevent crime.

Who did this? Who looked at their car keys and thought,”I wish I could put you in a ball and make you fight for me”?

Because that’s weird. And lazy. But mostly weird. Never mind that some competitive players vouch for its kick-ass special defense and competitive battling skills thanks in no small part to its Steel-Fairy typing; no one wants to enter battle with a key ring protecting them from a fiery dragon. 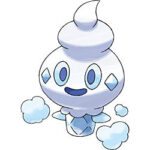 Pokedex Entry (Moon): It feels pleasantly cool when embraced. This Pokémon is treasured by households in warm regions.

If we hadn’t been confused enough about whether or not they eat Militank burgers, now we have to ask about this Pokemon that’s explicitly a delicious dessert. All I’m saying is if you leave me alone in a room with your Vannilite you might not find it when you come back.

I get it, though. Sometimes, people like food a little too much. And I haven’t met anyone who says no when someone asks, “Wanna get ice cream?” But as a Pokemon? As an actual dog blessed pocket monster? Okay. Sure, lemme just put my dripping vanilla ice cream cone in the balls in my pocket and start telling people that it’s cute and fights good, no seriously, it’s cute, trust me. 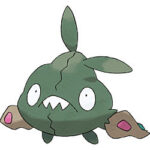 Pokedex entry (Ultra Moon): If a young Pokémon or child breathes in the toxic gas that Trubbish belches out, it could be a life-threatening situation.

Seriously, though. Why would I want a trash Pokemon? And that’s not even a pun, like, this Pokemon is literally trash. When the Pokemon you designed literally is the insult you’d wish to hurl at it, you might want to return to the drawing board. 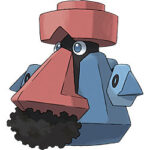 Pokedex entry (Ultra Moon): Although it can control its units known as Mini-Noses, they sometimes get lost and don’t come back.

It looks like a man who you would walk across the street to avoid. Or if someone who vaguely knew what Mario looked like was asked to draw what Mario would look like as a Pokemon. Oh, and for some reason, it is wearing a Devo hat. 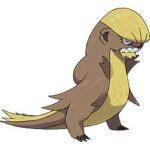 Pokedex entry (Sun): When it finds a trace of its prey, it patiently stakes out the location…but it’s always snoozing by nightfall.

What happened, Yungoos? What happened that you would evolve from the cutest big-headed, sharp-toothed thing in the bush into this? This gangster-esque, two-footed beast with slick-backed hair and a goatee. It’s everything I hate to see in the real world forced onto a Pokemon. Bring back my Yungoos. Bring him back. 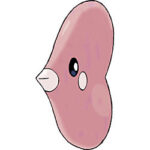 Pokedex entry (Sapphire): LUVDISC’s heart-shaped body is a symbol of love and romance. It is said that any couple meeting this POKéMON is promised a loving relationship that never ends.

It’s a heart. That’s it. That’s all I can say about it because that’s all it is. It’s a heart. A heart fish. Oh, excuse me, I mean a Luvdisc. While we’re on the topic of names, might I also point out that disc is literally just referencing the fact that it’s thin? Why? It’s not like we call Snorlax, Snorfatty or Rotundlax.

I didn’t want to dip this low, but there are not enough things to complain about in regards to Luvdisc as to be able to adequately represent my distaste for it, so let me just say this: Luvdisc is an absolute trash Pokemon. It’d lose in a head-to-head matchup with a Magikarp. Splash splash. 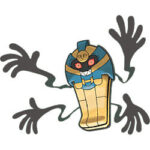 Pokedex entry (White): They pretend to be elaborate coffins to teach lessons to grave robbers. Their bodies are covered in pure gold.

I suppose it was only a matter of time before GameFreak ran out of creepy ghost ideas and had to resort to burial means, and the idea had merit. I mean, sarcophagi are scary enough just on their own. But somehow, Cofagrigus takes away all that fear. Maybe it’s the eyes?

Nah. It’s gotta be the hands that look like those sticky hands toys you’d get out of the toy capsule machine at a Cici’s Pizza buffet which you’d inevitably get dirty in 5 seconds, thus losing all its stickiness. Then you’d get it taken away from you for trying to hit your siblings in the face with it after about 10 seconds. Come on, Game Freak! No one wants a Pokemon whose sticky hands need to be cleaned every 10-20 seconds. 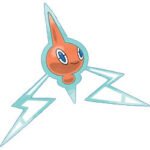 Pokedex entry (Diamond/Pearl): Its body is composed of plasma. It is known to infiltrate electronic devices and wreak havoc.

Rotom is on this list as much for what it is as what it is not. The idea of an electric ghost made of plasma that possesses appliances is awesome. Until you realize what it’s actually possessing…

Look, maybe a chainsaw would have been too much, but… actually, now that I think about it anything that it could have possessed that wasn’t a chainsaw or transformer (Mechámon anyone?) would have been a huge letdown. Maybe this Pokémon was doomed to fail. 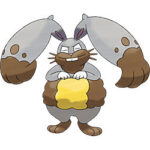 Pokedex entry (X/Y): With their powerful ears, they can heft boulders of a ton or more with ease. They can be a big help at construction sites.

I didn’t think any Pokemon could look as dumb as Bidoof (who has its own circle in hell and thus didn’t need its own showcase here) until I saw Diggersby.

Why? Why would you take a cute, fluffy bunny and turn it into an excavator with arms for ears? That’s right! Arms for ears! What does that even mean? This isn’t even the first time Game Freak has completely gone off rails with a bunny design!

And don’t even try to say to me, “Diggersby tho?” because I already know. 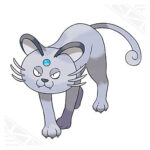 Pokedex entry (Ultra Sun): Although the jewel on its forehead appears to be a different color than those of Alolan Persian, it’s mostly made of the same material.

And then this happened.

A majestic, “classy cat Pokemon” was downgraded to this derp of a beast, and we’re left to suffer knowing that a dark Persian could have and should have looked 10 times cooler than this.

But, you know what? Despite it all, I think that if I actually lived in the Pokemon universe and had the real opportunity to catch these Pokemon, I’d probably feel differently. I probably wouldn’t care how unfortunate they looked or the fact that I’m battling with a lawnmower. I’d just be happy they existed because I would live in a world where Pokemon exist.

On the other hand, if I actually lived in the Pokemon universe, one look at Mimikyu would kill me, so, you know. Guess I’m dying for love. 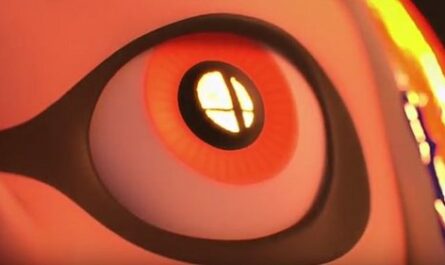 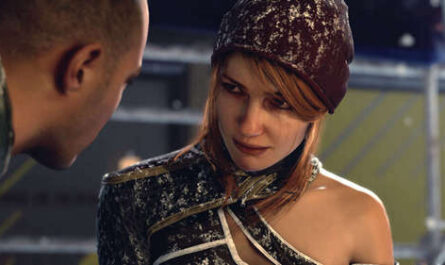 Shadow Of War: Legendary Gear Sets and How to Obtain Them