A new set of Season 9 content has arrived in Fortnite. We’re now in Week 2 of the new season, and that means there’s a new assortment of challenges to complete across PS4, Xbox One, PC, Nintendo Switch, and mobile devices. As usual, clearing this week’s tasks will reward you with Battle Stars, which in turn will level your Battle Pass up and unlock the new Season 9 rewards.

That’s not all you can get by completing challenges, however. Epic has an extra reward in store for players who manage to finish all seven tasks from a given week: a special loading screen. These screens all feature a cool piece of artwork, but the real reason you want to get them is because they hold a clue pointing you to a free item hidden somewhere around the island.

In past seasons, completing all the even-number weekly challenges would give you a chance to collect a free Banner, which could be used as a profile icon. However, Epic is doing things a little differently this season. If you finish two weekly sets of challenges, you’ll still unlock a special loading screen; however, this one won’t point you to a free Banner, but rather a Fortbyte, a new type of collectible introduced this season. Fortbytes resemble small, glowing computer chips, and they can be found by meeting certain criteria, such as completing a certain number of challenges.

The reward for completing two weeks’ worth of Season 9 challenges is the Neochasers loading screen pictured above. This time, however, the clue isn’t hidden within the loading screen itself, but rather its description, which reads, «Last seen at battling at Dino Park outhouse, these two can’t be stopped.» That’s where you’ll find Fortbyte #13. Head south of Paradise Palms, near the three dinosaur statues, and find the port-a-potty there. Destroy it to reveal the Fortbyte, which is now all yours for the taking.

Unlike previous Utopia challenges, you don’t need to unlock the aforementioned loading screen to find this Fortbyte; you simply need to have purchased a Season 9 Battle Pass to collect it, so if you fall into that category, you can go straight to its location and pick it up without completing any of Week 2’s challenges. If you still need help finding the chip, we’ve marked its location on the map below. You can also watch us walk you through the challenge in the video at the top of this guide. 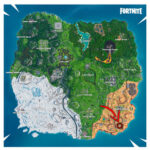 If you still need to complete any challenges from earlier in the season, you can find tips for all the trickier ones in our full Fortnite Season 9 challenges guide. And if you want to take a look at all the new cosmetics up for grabs, you can see all of the Fortnite Season 9 Battle Pass rewards in our gallery.

Week 2’s challenges arrive shortly after the release of Fortnite’s 9.01 update, which introduced yet another new weapon to the battle royale game: the tactical assault rifle, a fully automatic gun with a 30-round magazine. However, to make room for it, Epic has vaulted an older weapon: the combat SMG. You can see everything else that’s new in the full patch notes on the official Fortnite website. 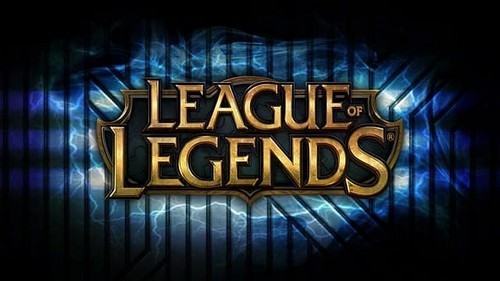 The Best League of Legends Cosplay Gatherings of 2017

Middle-earth: Shadow of War Mobile Guide – When to Brand or Execute