Many people found the game enjoyable and charming (though not everyone was convinced), so naturally, U-Play is trying to recreate that success with Esports Life. However, the second attempt at simulation success repeats the same mistakes present in the first one while adding a heaping helping of its own problems.

The goal of Esports Life is, as you might expect, to become an eSports legend. To do that, players must take part in various tournaments and build a loyal fan following. Like its predecessor, YouTubers Life, you also have to balance a social and home life, creating friendships, going to school, and doing chores around the house.

In between all of that, you’ll need to manage your stress and energy levels and also find time to train for your tournaments, which involves leveling up your focus, communication, and intelligence skills. It might sound like a lot, as though Esports Life could be a complex and rewarding simulator. But it isn’t. At all.

The game begins with some fairly extensive customization options where you choose the basics like gender and hair color, along with more detailed things, including clothing and body style, facial hair, and piercings. You pick one of six real-life eSports teams as well, including FNatic and Invictus, but there’s not much effect that has on the game. After that comes a lengthy tutorial, where your friend Mike (who you’ve known forever and is a real pain sometimes, the game informs you) takes you to an eSports tournament.

This sets you on the path to titular glory and erases all other goals you might have had. The next day, Mike gets his laptop stolen by Russell, the school bully, and, in what might seem reminiscent of The Pokemon Trading Card Game for some, the only way to solve the problem is by winning in an eSports match against Russell’s unbeatable team.

Mike then takes you to the eSports bar (which doesn’t serve alcoholic beverages, thankfully) and loans you a heap of money so you can rent a PC and begin training. Training takes the form of watching games or playing them yourselves, and both options feature a little mini-game as the main attraction. Watching means you play an emoji-pattern match game, where playing sees you take part in what is supposed to be an FPS-style game, but really is more like the vision tests where you click a button when you see the little light in the right place.

Shoot the red team, don’t shoot the blue team, and you win. At first, it’s not so bad-a bit dinky, but not bad. Success rewards you with different points for your communication, focus, and intelligence meters, with the goal being to level up each. Doing so gives you points to spend on upgrades and extras for when you play an actual eSports match.

You won’t get to the actual tournaments for a long time, but they aren’t anything to be excited for anyway. Early on, Mike gives you a tutorial for the main game you’ll play in tournaments. The game thinks it’s a strategic card-based battle game, but it’s really more of a confusing mess. You have different cards to play and affect team stats like attack or avoid, some that mean you can attack first, and so on.

The organization of these cards is poor, and the text is rather small, making it difficult to pick out what card you need, to say nothing of knowing what it’s supposed to do. There’s still an element of randomness anyway, as you won’t always attack first, even if you have a card that lets you. After a while, it too becomes dull, which is a substantial problem, given it’s one of the game’s main features.

But then you realize it takes about five training sessions to get one area leveled up, and the game requires you to level up a good bit before you’re ready to take on Russell, let alone anyone else. The mini-games quickly become a tiresome chore, and the fact that each rental session only lasts about a minute before kicking you out and requiring you to pay for a new session only makes it seem like an artificial way to encourage you to engage in the other parts of the game until you get your own computer. You’ll have to grind all the extra elements if you want to continue.

Training increases your stress level, and once the stress meter is full, you can’t train anymore. So, you have to talk to people instead. This creates friendships, though there isn’t a great deal of use for them in the game, and improves your focus and communication categories, while granting some experience points as well.

Then there’s the flirt mechanic. While waiting on a potential teammate, Mike says it’s time to flirt. He asks you your preferences, but it doesn’t matter what you answer since you’re given the option to flirt with everyone should you so choose. And, as the game reminds you, you don’t have to know or be friends with the person to flirt with them. Flirting consists of playing a bad guessing/matching game, where you guess the person’s interests from a provided list. There’s no way of knowing what the interests may be, so it’s completely random.

The goal is to get as many right as possible and increase your chances of snatching a kiss. “Get their tastes right to increase your chances of a kiss” the game tells you. The whole thing comes off as sleazy, making you into a sort of adolescent perv who chats up girls (or boys) and then makes an unwanted and unwarranted move, just for the heck of it. Adding to the problem is that neither success nor failure have any effect on proceedings, so other than a misguided attempt at mimicking teen life, I can’t fathom why the developers added it anyway. (Still, at least you don’t get strangled, like in YouTubers Life).

There are other socializing options that open up later on, including dances and the like. But the construction and presentation are equally as bad, and progressing to that point is painful anyway, so more options doesn’t equal better gameplay here.

Yet talking and flirting also reduce your energy level. Unless you want to spend a huge chunk of money on expensive food or energy drinks, you’ll have to go home and rest in your bed to recover energy. But mother is waiting. In what seems like another bad attempt at capturing what kids really think, your mom in Esports Life is a ridiculous parody of parenting. The only reason she really exists in the game is as a source of money. Complete chores and go to school, and, as Mom says, “You will improve your family relationship, which means you can ask me for more money.” Gee, thanks, Mom-Bot.

Chores are equally nonsensical. For example, the first chore you are asked to complete, as an introduction to the system, is taking out the trash. Cue another mini-game. This time, you have to watch a bar at the bottom of the screen and click when the slider moves into the highlighted area. Even this doesn’t work the way it should, though, as there is a bit of lag, meaning if you click when the slider is a space before the highlighted area, the game thinks you clicked when it was a space after it. Apparently, your mother doesn’t care if the trash is all over the street-just so long as it’s out of the house-since your relationship still improves if you fail miserably.

Graphically, Esports Life is a step backward from its predecessor. Gone are the smooth models and bright colors, replaced by dull shades and jagged characters that wouldn’t look completely out of place in a mid-gen PlayStation One game. No one is able to move like a normal human being either, standing and walking with knees bent at almost 45-degree angle. The game indulges in quite a few unnecessary stereotypes as well. Mother is not domestic anymore, so naturally she’s a corporate woman, dressed in an inappropriately skimpy outfit. Mike, the black male, is woman-crazy, and gamer girls all have exaggerated breasts and posteriors, with many of said females wearing very little.

Staring mindlessly at the wall is a common reaction to playing Esports Life.

The sound quickly becomes annoying, with lots of intrusive music and strange sounds and effects during training and conversation. I turned it off after three minutes of playing.

The dialogue is probably one of the worst parts of the game, though. As some helpful points of reference, think somewhere in between Castlevania II: Simon’s Quest and “All your base are belong to us.” In the vast majority of cases, the dialogue doesn’t fit with the situation. For instance, Mike, your best friend for years, calls and opens the conversation by saying, “Hi, I’m Mike.” You go home on Saturday, and your mom berates you for not being at school that day (even though the game knows it’s Saturday) and tells you to go to your room because she doesn’t want to see you anymore.

Some strange girl at the eSports bar tries to sign you up for Hamburger Land, a paradise open to a select few, to which you respond, “I think you’ve eaten too many hamburgers today.” (And that’s considered a key story exchange.) If the dialogue does make sense, it’s horribly written – stilted and awkward at best, with many grammar errors. Everyone speaks with emojis, too. In the in-game text messages, that makes sense, but each line of spoken dialogue has at least one emoji attached to it as well.

In the end, Esports Life fails at pretty much everything it tries to do. The game itself isn’t compelling to begin with. Apparently, U-Play didn’t learn from the repetitive nature of YouTubers Life, since the mini-games in Esports Life are equally uninspiring yet form a major part of the game’s foundation. Social interaction is bizarre to say the least, and it’s difficult to think the developers put any effort at all into the game’s presentation and dialogue.

Some are billing this as a kids’ game, given the content matter. I strongly recommend you respect your child’s intelligence – and your own – and look elsewhere for a simulation game. Maybe things will change with Esports Life, but as it stands, it’s a game that has a lot of training to do before it moves up the ranks. 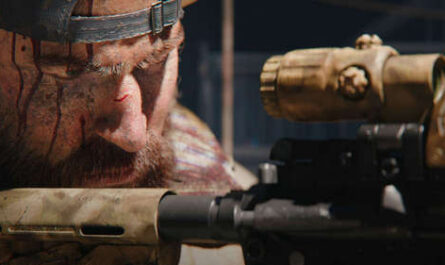 All The Ubisoft Games Confirmed 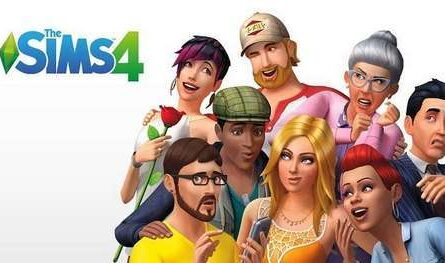 The Sims 4 Now Free On Origin For A Limited Time