Some of the standard Fortnite Battle Royale survival tactics still apply in this team-based mode where two huge groups scattered across the map duke it out for resources and supremacy.

You still want to smash through walls to find golden chests, stay out of the open until you are in a large group, and so on. Other strategies need to be heavily modified when its no longer you as a lone wolf against the world, however. 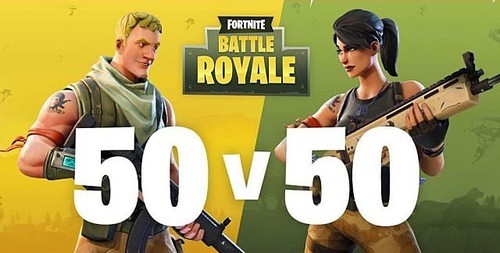 For starters, unless you dropped a long distance from the rest of your team, there’s far less reason to be a bush in 50 vs 50 than in standard Battle Royale, where learning the way of the bush is of utmost importance. Building structures also becomes more critical as teams work together to fortify a position.

Below we cover everything you need to know to make it through a Fortnite 50 v 50 match and be on the last team standing!

Since your goal is no longer to outlast 90 or so other cannon-fodder players before getting into the killing, planning a strategy with your group can be the difference between going D.O.A. when you land and quickly building a militia that can steamroll any location.

Keep in mind that during the lobby segment when everyone else is running around pointlessly punching each other, you can talk to your four-man squad via voice chat. You can’t talk to all 50 players, but this waiting area is an excellent place to pick a location ahead of time you want to swarm for weapons before the group starts building defenses.

As with normal Battle Royale mode, I’m a fan of Anarchy Acres and Loot Lake, since fewer people drop there immediately so there’s a better chance of everyone coming away with a gun and some items.

Loot Lake also has clear line of site to anyone approaching, so until the storm overtakes that area, a four man group here can hold off an army. Any location can work well in this mode however, since your four-man group can work together to watch each other’s backs while acquiring gear in the early game. 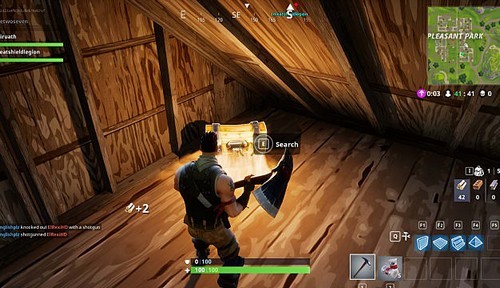 After your initial small group lands and gets armed, your primary goal is to work toward the rest of your 50 person team. The bigger your group, the more unstoppable you will be during the match. A small group of 5-10 is never going to take out a 20-30 person mob, no matter how well armed they are or what direction they are coming from.

Converging on your larger team is a gamble, however, as you don’t see who is on which team until they hit the ground and you come across them on the mini map.

Here, it’s time to either go stealthy if you are alone, or work as a team if you have your squad of four grouped together. Be ready to throw up defenses on the fly and revive teammates. It’s better to fall back and keep members alive than to rush into a battle you can’t win against superior forces. 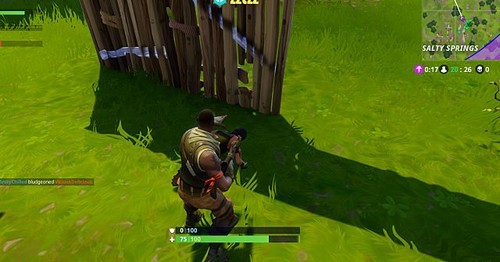 Somebody went down? Throw up a wall and then get them back up!

Get in the habit of quickly switching to build mode and throwing up a wall or staircase segment as soon as you hear gunfire. Player health drops fast, and bandaging takes more time than it’s worth while you are actively under fire.

Rather than running to cover while taking fire, a better strategy is often to put yourself in a small maze of walls and force the enemy to come into the open to assault you.

When you’ve got a group, always take to the high ground. If none is readily available from buildings or hills, then just simply build your own. Nothing is stopping your team from building a giant staircase into a platform that lets you rain down death at the poor peons who can’t reach you. With a single choke point, it’s easy to mow down the competition even in large scale battles of 20 vs 20.

Want to get in on the action? Check out our guide on how to start a 50 vs 50 match right here and jump into the fray through December 17. Don’t forget daily challenges apply to 50 vs. 50 mode as well, so keep an eye on ways to rapidly increase your experience during a match.

With any luck, this mode will catch on and Epic will make it permanent! Have any other tips for surviving Fortnite’s 50v50 mode? Let us know your best strategy! 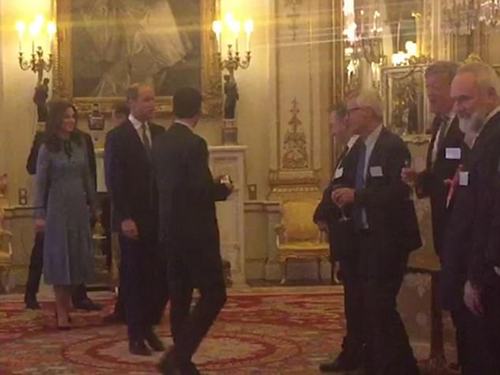