Below we cover everything you need to know to fully explore the house and escape in Hello Neighbor Act 2. With this guide, you can easily make it to the end, but make sure to get caught a few times so you don’t miss out on the story cut-scenes.

Each main act throughout stealth horror game Hello Neighbor has you trying to outwit the title villain and work through his house to uncover secrets, or even escape his vile clutches after being captured.

Starting in the weird, fake room you discovered in the previous act, there’s nothing immediately to pick up or throw, and the door won’t unlock. Go peep through the keyhole and look right and left until you hear a sound letting you know something fell over.

Go look at the window where the boards fell over, and you should hear a click letting you know the door is now unlocked and can be opened. Head outside and grab the air duct grate in front of the red light so you can move through the crawl space.

Crawling through the ducts

From there, head up the ladder to find that the neighbor’s house has changed quite a bit, and you are now locked in behind a giant fence. Off to your right in a broken section of a fence is a pipe with a red turn wheel.

Your first goal is to get the gauge on the wheel into the red by pulling levers on three other pipes around the area. The first one is found just by following the fence a bit further.

Turn around and go back the other way in the yard to find the second lever on the long pipe that sticks up out of the ground and runs into the house. You can’t reach it yet, though, because it’s so high up in the air.

For now, head around to the other side of the house and look for a window leading into the kitchen. Smash the window with an object (like the binoculars or shoe) and then open the freezer to find the wrench.

You already know the drill on the wrench from the previous act. Use it to unscrew the makeshift fence that prevents you from accessing the ladder in the back yard that leads up towards the top of the house.

Up the ladder, walk forward across the roof (it looks like you should fall, but you can walk forward above the pipes). Crouch down at the end and slowly move forward to reach the second lever that was previously too high up to access.

Slowly move the reticle up and down near the red band until it expands and lets you know you can turn the lever (it’s easy to fall here, so stay as far back as possible).

The third lever is actually inside the house. Based on where the neighbor is patrolling, getting to it may require a different route than I used, but the most direct way is to go around and enter the front door, then go through the door on your right. The pipe is clearly visible up against the wall next to the couch.

Head outside near the area where the pipe is jutting out of the ground, and break the single window facing the side fence (next to the pipes and opposite two other windows facing the back fence).

Drop a box in front of the window and jump inside to find an odd hallway room with a light switch, door, and a blocked-off area covered in junk. Go through the door and flip the switch on the giant boiler after all three levers have been turned.

Break this window and throw down a box to get inside

After flipping the switch, go back to that first pipe with the glass gauge and the red wheel you found in the fence when you escaped the basement.

The wheel will be removed, and a bunch of gunk will be spraying out all over the ground. Pick up the red wheel off the ground in front of the pipe, as you will need it later.

With the wheel in hand, go back up the ladder and move across the roof. About halfway across the pipes you should see a red band segment that looks like it should have a lever, but doesn’t.

Getting on the actual pipe is sort of annoying due to the controls, and it takes a few tries. I recommend going forward until you see the pipe junction, then crouch, turn right, and slowly move forward until you fall onto the pipes.

Interact with the red band area while you have the wheel as your current item to screw the wheel in place. Turn the wheel after it’s been set down (you should hear water gushing), then pick the wheel back up so you can repeat the process at another location.

Grab two boxes and head back up the ladder. When you reach the top, directly to your left is an intersection where the fence meets the sloped roof. Drop one box on top of the other, and jump up on top of the fence.

You can crouch and slowly move forward to find the next place to drop the wheel, turn the wheel, and remove the wheel. Water will start gushing out of the pipe, which drains an area up above filled with water and – no joke – has a shark patrolling around.

Using the wheel on top of the fence

After getting the wheel back, jump off the fence so you are still on the roof and enter the door. Head up the ladder and then go up all the makeshift stairs through another door.

Now you can walk through this area that used to be filled with water and had a a patrol shark. Don’t use the wheel on the pipe clearly visible against the wall or it will refill the pool. Instead, go grab the shovel in the middle of the area on the red rug.

Head through the door on the opposite side of the room, and grab the gold key off the keyring on the wall. Unlock the door, and now you have an easier access point for getting around the area if you are being chased by the neighbor.

There’s a hole in the center of the floor here – go down the ladder inside the hole to gain access to a kid’s bedroom with a dollhouse. Pull the chair off the door so you can get back in later. Exit the room and head down the staircase to get back into the main part of the house.

Look for a big pump device with a red pull lever, and follow its wires to a nearby door. Grab the key and unlock the door so you can use it as a shortcut later. Return to the pump and again place the wheel on so you can turn it, then pull the wheel back off. After turning the wheel, pull the red lever.

Head out the door you unlocked and through the next door to return to the yard. Head around to the side (the area with the ladder inside the fence leading up the roof) with the shovel in hand and look for the section where there’s dirt instead of grass. Use the shovel to dig up a coffin, then grab the key with a pink bow found inside.

Digging up the coffin

Remember the kid’s room you dropped into from the roof? Go back in there and use the key on the dollhouse. Open the doors inside the tiny dollhouse and you should hear some noises letting you know things changed inside the neighbor’s house as well. This unlocks access to the bathroom and a side room with a switch.

Now go back down to the yard and return to the room with the big boiler you turned on to first pump the water and get the broken wheel (if the area has reset after getting caught, you will need to break the window and set down a box again).

Set the wheel on the red band part of the pipe on the right side, and repeat the process yet again of turning and removing the wheel. After getting the wheel back, go to the front of the house and look for an open ladder to the left of the porch (this one isn’t blocked by a fence).

Head up the ladder and walk across the roof to find yet another pipe segment where you can use the wheel (just before the white lattice section of the roof).

Head back inside the house and go to the floor with the kid’s room where the dollhouse is located. In the hallway outside the kid’s room, go up the ladder and look across to see a red faucet. You need to crouch and jump down onto to the pipes to use the wheel again. This time, the faucet will turn on and flood the room.

After the room is flooded, return to the hallway outside the kid’s room and open the door nearby. Flip the switch on the wall next to the gauge, which should be all the way over into red now that you have turned on all the pipes.

This will turn on the coils in the flooded room, freezing the water. Go back up the ladder and run across the frozen water to access the door.

Inside the next room, grab the red key off the door. Go back down to the first floor and access the bathroom through the door in the kitchen. Grab the giant Lego guy holding a crowbar off the toilet.

Go all the way back up to the kid’s room and set the Lego guy on the toilet in the dollhouse. Leave him there, and now you can run back down to the bathroom. Mysteriously, the Lego guy will be back on the toilet and the crowbar will be unlocked – grab it out of the Lego guy’s hand!

What odd mysteries does this house hold?

With the crowbar in hand, head over to the front of the house and then go to the right side of the porch. Look for a segment of fence near the ground where you can use the crowbar to remove several black metal tacks. When the tacks are gone, crouch down and crawl out to initiate a cut-scene.

Using the crowbar on the fence

When you appear in the next segment, use the binoculars to look out the window until there’s a knock at the door, then grab the postcard that pops through the mail slot to initiate another cut-scene and finish the act.

Looking for the Hello Neighbor Act 1 puzzle walkthrough instead? You can find that one over here, as well as getting info on the oddball changes implemented with Friendly Mode.

Did you find any other interesting secrets or methods for completing Hello Neighbor Act 2? Let us know in the comments! 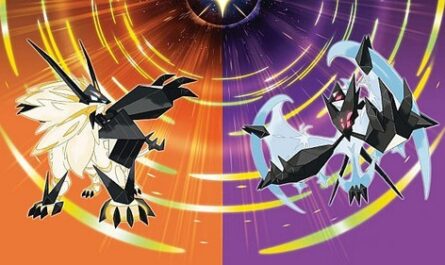 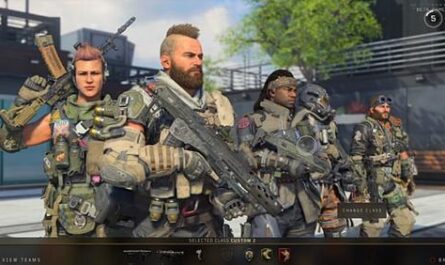 Big Studio Changes for New Call of Duty, 2020 Game Will Be Black Ops 5 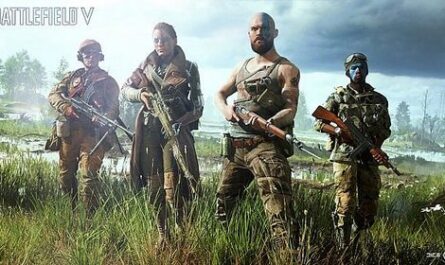