The first game, Holy Potatoes! A Weapon Shop?!, was a business simulator that had players forging hundreds of different weapons in a fantasy setting. The second game, Holy Potatoes! We’re in Space?!, was a space adventure roguelite where players had to manage a spaceship. And Holy Potatoes! What the Hell?! is a restaurant management game that happens to take place across the nine circles of Hell.

You play as a team of chefs who have lost their memories upon entering the unsavory afterlife and must appease the gods with food made from legions of potato sinners in order to earn your freedom and gain entrance to Heaven.

But is Holy Potatoes! What the Hell?! as good (and quirky) as its premise promises?

Gameplay Predicated By A Pun About Potatoes

Simulation games come in all shapes and sizes, from The Sims to Roller Coaster Tycoon and even Stardew Valley. But for the most part, they share one major element of core gameplay – and that is the diligent balance of managing time and resources while slowly improving your tool set . Holy Potatoes! What the Hell?! is no different. The game has you using a series of specialized cooking stations that you slowly upgrade from stage-to-stage to process waves of potato sinners, all in the effort to turn them into various ingredients to use in a variety of starchy dishes.

Every sinner has four stats: Malice, Pride, Greed, and Apathy. And you sort them each into one of your various cooking stations depending on which of their stats is the highest or what ingredient you need the most. You must use these ingredients in order to craft various dishes in accordance with the tastes and temperaments of the numerous gods who drop by at lunch and dinner.

The start of a new round of orders in the middle of the lunch rush.

Every day of gameplay is divided into different sections, and each day always starts with brief prep time (in order to make some ingredients to start with). You’ll also have time to upgrade or replace your equipment before the rush begins if you happen to have enough favor from the gods lying around.

While favor is what you use to buy upgrades in the levels themselves, between those levels you have the chance to spend the game’s other currency, $tarch (yes, $tarch), at a shop screen where you can buy minor cosmetic elements, as well as one-time use performance-boosting items.

These items can range from toppings that increase the overall grade of a meal in a pinch to enhancements for your cooking stations that make them temporarily faster. These items are priced depending on their usefulness, with large price gaps between the basic and advanced versions of each power-up. This makes for good balance as you try your best to smartly work to not have to rely on the very expensive items if you can help it.

This mysterious Ned-Flanders-looking spud’s got the goods.

On occasion, you also have to deal with the odd random event involving an incoming sinner. You’ll have to decide whether or not it would be smart or not to bring them into your kitchen as hired help rather than additional rations. Your choice matters, too. You’ll also have the chance in these situations of gaining temporary bonus effects, negative effects, or nothing at all based on your judgment call.

These effects can be fairly unpredictable because sometimes a shady backstory can result in a quality employee and vice versa, which is interesting but also seems a smidgen imbalanced due to their lack of consistency. But seeing how the negative effects and the positive effects both only last a short time, and there’s still a chance that nothing will happen at all, it all seems to even out.

So all in all, the gameplay for Holy Potatoes! What the Hell?! is solid, if unadventurous. You do slowly gain more mechanics as the levels go on, such as the ability to convert any dish into an alcoholic beverage (useful for keeping your patrons patient), as well as generating spices and seasonings on top of regular ingredients. But for the most part, the gameplay stays the same throughout the game. You’re cooking using the same ingredients and the same skill-set that you start the game with from start to finish.

This isn’t really a bad thing, as the gameplay is competently designed and adds enough complexity with each stage to change things up and gradually increase difficulty. But if you aren’t taken in by it after about an hour or so, then likely won’t enjoy the rest of the experience.

The overall pacing of the game is generally good – barring the slow start. The game never really reached a fevered pitch like some other simulators, but when I had to keep track of multiple orders at once, keep all my machines up-to-date and functioning, and the sinners were coming in quickly with some good quips to match, it all came together and I was having a good time.

The presentation of What the Hell?! is mixed. This is the first game in the Holy Potatoes! series to take place mostly in 3D, and although I think that the jump worked ok, it could have been smoother. The graphics look good for what they are, and the artstyle of the series adapted to 3D better than some have. But I kept getting distracted by how the basic shading and slightly lumpy 3D models looked, reminding me of CD-ROM games I used to pick up at Scholastic book fairs or from second-party GameCube and PS2 games.

The game runs perfectly fine, and I’m not trying to say it looks bad at all because I found the aesthetic fairly pleasant, but the simple and repetitive screen layouts from chapter-to-chapter, the occasionally lumpy models, and the simple textures are noticeable enough to mention.

I can’t say for certain, but the fact that the last game Holy Potatoes! We’re in Space?! came out two years after the first game but within the same year as this one, and taking into mind the perfectly acceptable but still fairly basic presentation and gameplay, I get the impression that this game might not have spent too long in development. It doesn’t feel slapped together or cheaply made, but I would say that it feels cost-effectively made; each new environment is more-or-less just a new background that doesn’t affect the gameplay, and most of the models for the numerous sinners could have easily been randomly generated.

As for the game’s writing, the comedy here is heavily reliant on dark humor, wordplay, and pop-culture references above all else. I don’t have anything against these things as staples of comedy, but it just never quite hit me here. The pop-culture references are mostly done for the sake of connecting the game to other works of media, though some are somewhat jovial, and the dark humor gets it’s darkest at the start when you realize your processing and serving people to a bunch of gods at a popular underworld restaurant. The randomly generated dialogue for all the sinners is what managed to get the most laughs out of me. Some of my highlights include “I kidnapped a stranger! Because I wanted to be famous!” and “I spanked my husband! The voices in my head told me to!”.

Finally, the story has some light intrigue from the start and, as a framing device for such a fun premise, works pretty well. I wouldn’t call the story deep or the characters particularly captivating, but all in all the narrative worked for the story it was trying to tell.

I’d recommend Holy Potatoes! What the Hell?! to people looking for a decent simulation game – but only as a casual recommendation. It starts slow and its repetitive core game design doesn’t do full justice to the admittedly clever premise. It’s a game that doesn’t do anything particularly poorly, but it’s also a game that doesn’t do anything exceptionally well, either. In the end, it’s mostly held up by its somewhat unique identity and competent gameplay.

But disregarding the few flaws that stick to it, Holy Potatoes! What the Hell?! is a slightly above-average simulation game with basic gameplay done well, a charming if unimpressive presentation, and a distinct style and personality to back it up. On a scale between stale tater tots to garlic mashed potatoes, I give it an au gratin.

Holy Potatoes! What the Hell?! is available now on Steam, and there is a free demo available for download if you’d like to try it before you buy. You can watch a trailer for the game below 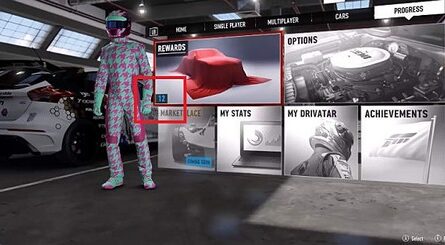 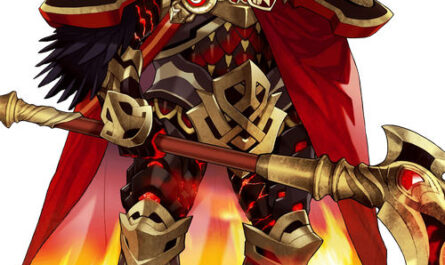 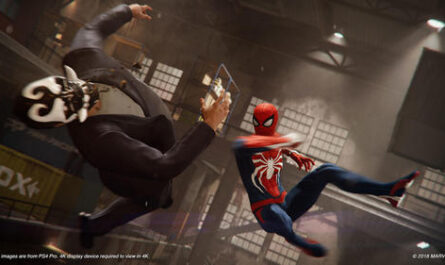