Logitech has been in the peripherals business for a long time – since 1981, to be exact. And what put the company on the map was its attention to detail, its engineering prowess, and its damn good mice. In the 36 years since the company came onto the world’s stage, Logitech has expanded its peripherals catalog to include gaming keyboards and top-of-the-line gaming headsets. But the mouse remains one of its biggest, most reliable products.

The Logitech G403 Prodigy gaming mouse wasn’t the company’s first attempt at making a revolutionary gaming peripheral, but it was one that proved widely popular with fans of the brand. It’s a wired mouse that provides immense accuracy and speed, and a mouse many pros and competitive players swear by. But the next logical step in iterating that mouse meant it should be wireless.

Enter the Logitech G703 PowerPlay wireless mouse. At $99, it’s a bit more expensive than the years-old Prodigy, even though it looks exactly like it on the outside. However, what’s on the inside of the 703 is what sets it apart. 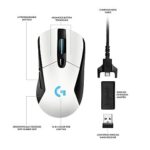 Out of the Box

The G703 comes packaged in an unobtrusive box that keeps its various parts well organized – and can double as a nifty carrying case if needed. Inside, you’ll find the mouse itself, a charging-data cable, a wireless extension adapter, a lightspeed-enabled nano receiver, and a 10g weight. In the mouse itself, you’ll find a lithium-ion battery and a PowerPlay charging cookie.

The about 4.5-foot-long charging and data pass-through cable is braided and made of high-quality composite. It’s flexible but sturdy enough to ensure you won’t get any shorts in the wire itself over hours of use. Being that it’s a tad on the thick side does means that it can sometimes catch on the edges of certain mousepads, such as the thick sides found on the SteelSeries Qck Prism, which can somewhat impede mouse movement depending on your setup. At any rate, you’ll really only use the cable when charging the mouse if you’re not using its PowerPlay functionality or want a wired alternative, so most players won’t come up against this issue anyway.

Looking toward the wireless front, and to what this mouse is really all about, you’ll find in the box a wireless lightspeed nano receiver and a wireless extension adapter. The former is what provides the G703’s game-changing wireless capabilities, while the latter allows you to bring the lightspeed receiver closer to the mouse, giving you a better, purer signal if need be.

Finally, the 10g weight is for those who find the G703’s 107 grams a bit too feathery. Inserting the weight into the bottom of the mouse is extremely easy and takes about five seconds to do. However, using it means you won’t be able to take advantage of the mouse’s PowerPlay charging features. Consequently, using the mouse’s weight is really only an option for those not using the mouse’s wireless charging functionality, which seems like a bit of an oversight by Logitech. 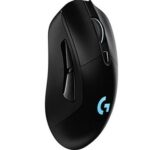 There’s no way around it: the G703 looks identical to the G403 Prodigy. From its ergonomically curved architecture to its six programmable buttons, the G703 doesn’t do much to distinguish itself through its outer shell. The only real noticeable difference is that its body doesn’t sport the complete black finish of the Prodigy. Instead, you can get the G703 in both a grey/black color scheme and a black/white color scheme, the latter of which pops when coupled with the mouse’s elegant design.

Made for palm- or claw-grip styles, the G703 feels great to hold for both long and short periods. I often found myself switching between styles for different games and different scenarios without a single hitch. I preferred the mouse’s slicker matte finish to the grainier finishes of other mice, such as Logitech’s own G603, a mouse that also imitates the 703 and Prodigy. And I loved the mouse’s rubberized sides, which helped me better grip the mouse and keep it firmly in control.

On top of that, the 703 has the same six fully programmable buttons as the Prodigy and G603: the right and left mouse buttons, two lateral buttons on the left side, one below the scroll wheel for DPI cycling, and one on the mouse wheel itself. The peripheral’s LMB and RMB are clickable from the tip of the mouse to about halfway up the 703’s body – and they’re rated for 50 million clicks. The DPI is nicely placed and easy to reach, and the mouse button itself provides a nice, meaty click when depressed.

On the underside of the mouse, you’ll find the switch to turn it on, the circular area for the weight and/or PowerPlay cookie, and two feet. Although I’ve seen some complaints that the feet provide a bit too much friction because of their placements at the front and back of the mouse, I never felt as if they impeded my use of the 703.

Since the dawn of the digital age, man has dreamed of going truly wireless, while retaining the robust performance of the wired mouse. And for a long time, that was simply unachievable. But – if I may be a tad bit melodramatic – that day has finally come with Logitech’s LightSpeed wireless technology.

In my day to day, whether it be gaming or pounding out gear reviews and news, I exclusively use wired mice because of two reasons: One, that’s mainly what we have lying around the office, and two, wired mice are so damn reliable. Historically, lag and latency have plagued wireless mice, keeping them from being the go to for a lot of gamers, especially those in eSports and the competitive scene.

Using the G703 for more than a month playing games like Battlefield 1, Battlefront 2, Fallout 4, Endless Space 2, and Paladins, I can definitively say that G703 is as accurate – if not more accurate – than any of the wired mice I’ve reviewed this year. Click latency is virtually nonexistent, and using the PMW3366 optical gaming sensor in conjunction with Lightspeed means the G703’s motion latency is top of the line. Getting headshots in BF2 with the 703 is a cinch, and commanding units in Endless Space 2 is effortless.

Using zero smoothing and no pixel rounding, the G703 completes its responsive arsenal with technology that ensures accurate sensitivities even at high DPIs. As someone who typically plays with his DPI somewhere in the 800-1,000 range, toying with higher settings was a breeze with these functionalities, and I even found that I was more accurate scaling up my typical settings.

Even when gamers choose wireless mice over their wired brethren, those gamers still have to plug their mice in to charge them. It might be a bit pretentious, but plugging and unplugging cables can be a real pain in the keester – and having dangling cords can pose other problems, too, the least of which is aesthetic. But Logitech has solved that with true wireless charging in the G703.

Using the PowerPlay charging mat, which we reviewed extensively here, the G703 never (ever) has to be plugged in. Really. Never.

The TL;DR of it is that the PowerPlay mat (which is sold separately for $100) uses electromagnetic resonance to create an energy field just above the surface of the mat, which is then converted into a charging current. All you have to do is insert the PowerPlay cookie (receiver) into the slot on the bottom of the G703, and you’re ready to go. The mat even has a LightSpeed receiver built in (which sends the main wireless signal over a cable to the computer).

And for those of you who might think the electromagnetic charging field might interfere with the accuracy of the LightSpeed signal, you can rest easy: the mouse functions as optimally with the mat as it does without the mat in that regard. I did experience some stuttering when first powering on the mouse and moving to the extreme outside the widely defined signal area of the mat, but those instances were (very) few and far between and had more to do with the mat than the mouse itself.

All in all, the G703 works with the PowerPlay mat exactly as advertised, ushering in a truly wireless gaming future.

If you’ve owned a Logitech gaming mouse or peripheral before, you’re already aware of the vast customizability options the Logitech Gaming Software offers gamers. From setting specific RGB lighting sequences and macros to creating per-game DPI profiles and keeping track of your battery life (if not using the PowerPlay mat), everything you could possibly ask for is at your fingertips.

And if you’re a competitive gamer or want to take the mouse with you to LANs, the G703 provides five on-board profiles that can hold your settings for quick recall.

On the surface, the G703 looks a lot like the G403 Prodigy. It even has some of the same bells and whistles under the hood. But what really sets this mouse apart from the Prodigy, and essentially any other mouse on the market, is that it’s truly wireless – and ridiculously accurate while doing it.

At $99, it’s well worth the investment if you’re looking for a wireless mouse that has all the functionality of its wired brethren. If you’re willing to plunk down another $100, you’ll have a wireless mouse with infinite battery life. I’m not one to lightly suggest anyone spend $200 – that’s a big chunk of change to drop on anything, let alone a mouse and mouse pad. But what you get for that investment is well (well) worth the price.

I would have liked to have seen Logitech take the G703 as a chance to iterate a tad bit more on the Prodigy’s design – perhaps add an extra button or incorporate some of the features found in the G603 – but all in all, the Logitech G703 is a fantastic wireless mouse that reinvents wireless gaming – and aggressively challenges the status quo in the gaming peripherals space.

You can buy the Logitech G703 on Amazon. 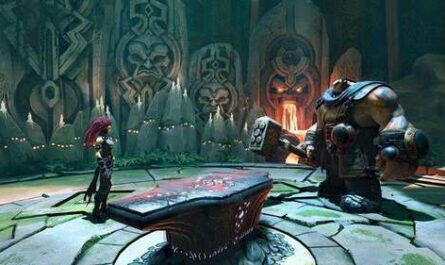 New Darksiders Game To Be Revealed At E3 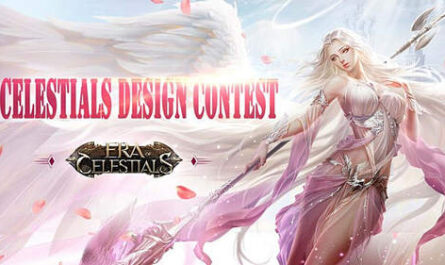 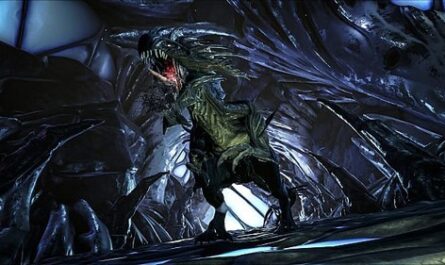 ARK Aberration Guide: How to Tame a Reaper