Call Of Duty, of course, is about to switch from futuristic space battles to classic WWII gunplay next month, but first up we’ve got this utterly black-hearted (in a good way) alternate history with Wolfenstein 2: The New Colossus.

Now that you’ve had time to get your fix of Destiny 2 and Quake Champions, it’s time to shift gears to a hallowed American tradition: putting down the Nazis!

In a world where the Third Reich built the atom bomb first, the U.S. is obviously a very different place in the 1960s. And that’s where broken hero B.J. Blazkowicz comes in, ready to make America Nazi-free again, one hatchet throw and robotic body slam at a time.

Or if that’s not your thing, you could always dual wield grenade
launchers and human-melting laser guns!

A One Man Guerrilla War

As a single-player focused experience (more of those please, developers!), there’s some really interesting world building going on that will make you think of the Homefront series. There’s even a bit of something like 1984 in this tale of America gone horribly wrong.

Unfortunately, as a whole, the game doesn’t have the openness of the latest Homefront, although it does break out of the typical corridor shooter fare with some unique level design. What sets the battle areas apart are the many ways to travel under, around, over, and through to flank your opponents (or more likely, be horribly flanked by dozens of Nazis). Learning these layouts is crucial to success – using vents, side hallways, hidden staircases, and so on to stay alive.

It’s sort of a weird juxtaposition for a Nazi-killing guy with a giant laser gun in a suit of metallic power armor to be pulling a Dishonored and emulating Corvo, but stealth is actually a legitimate option in many places in Wolfenstein 2. Killing the commanding officers from stealth can be critical to staying alive – and not getting swarmed by enemies. Plus, it’s just satisfying to poke some SS officer on the shoulder, see the look on his shocked face, and then hatchet him to death.

Whether you go stealthy or loud, though, there’s a high degree of difficulty in many of these levels, so get ready to git gud! Make sure to use the save feature, as the checkpoints aren’t always forgiving and there are frustrating firefights you don’t want to redo. 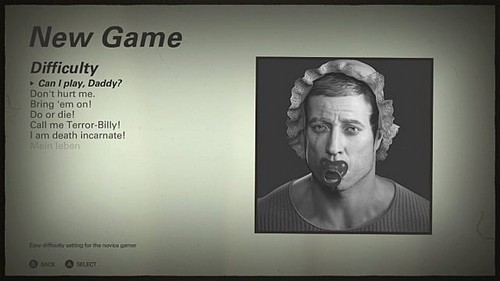 And Now For Something Completely Different

Those difficult levels where a one-man personal war is waged against the Nazi regime will frequently surprise you with their oddity and ingenuity. After taking a grenade blast and having half his intestines removed in an impromptu surgery, B.J. obviously isn’t in tip-top shape, spending months in bed and starting the real action of the game in a wheelchair.

This reviewer was surprised and delighted to discover you actually play the first level fully in the wheelchair. MachineGames did a phenomenal job of making that feel organic and using clever level design to make that paradigm work (since obviously, you can’t go up or down staircases). From using huge cogs to get across areas to a harrowing gun battle on a conveyor belt that keeps getting reversed, there is some ace level design on display in The New Colossus.

Having a sister-in-law with spina bifida, this was a nice touch that had me stoked to tell her all about Wolfenstein 2 – where even people in wheelchairs can rack up an impressive Nazi kill count. Thanks, MachineGames, you made our day with that one!

Whether it was a deliberate attempt at inclusion on the developer’s part or just a chance to show the stark contrast between the protagonists and the Nazis (despising the disabled who aren’t part of the perfect race), either way, it was a welcome change of pace in a genre that often does know how to slow down, even for just a few minutes. 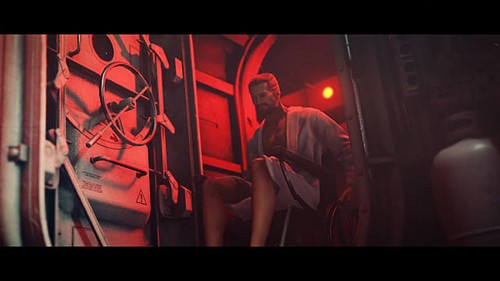 Wolfenstein is an equal-opportunity Nazi-killing simulator!

Things get even more unexpected and different from there, straddling the line between what’s believable and what’s just outright bonkers. Based on that description, you might think that this is something along the lines of Saint’s Row or Borderlands, but that’s not really the case. Wolfenstein II plays it straight most of the time and gets absurdly dark, with a few ludicrous jokes thrown in here and there. Even those jokes tend to be of the extremely morbid variety, however.

The story and characters don’t pull any punches on the racism or gore fronts either. Not too many games make you relive your abusive childhood at the hands of a xenophobic father who blames all of his failures on anyone who isn’t white.

Eventually, you have to decide whether or not to shoot your faithful childhood hound to avoid daddy’s wrath. If you have the emotional fortitude, you can pull the trigger… or if you have a conscience, you can pull the gun to the side before firing and get a verbal beat down for your efforts. Sadly, you can’t shoot the dad (I tried).

But it all serves to show that B.J. is a broken man, and not just physically. It shows the psyche of a man on the edge, one that’s out to take no prisoners. And the great thing is that it’s all organic. There’s actually a surprising level of storytelling going on here as he deals with the state of the world and his own family. 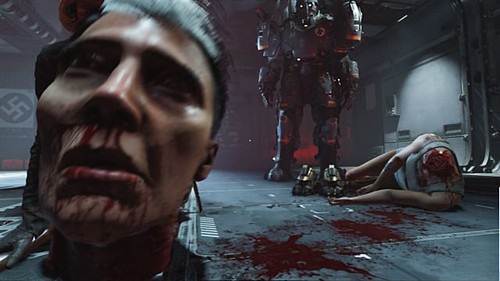 An unhinged lady Nazi just hacked off my friend’s head and is now making me kiss it. Anybody else ready to start shooting?

The Bottom Line on Wolfenstein 2

The gameplay side Wolfenstein 2 is incredibly solid. There are plenty of enemy types, from SS soldiers to giant robot dogs and a whole lot in between, as well as a sense of progression as you can eventually unlock new abilities.

Besides just run-and-gunning, there are traps to utilize to microwave, burn, or electrify enemies, along with plenty of weapon types. Most of those are a pleasure to use, although unfortunately, the big, devastating guns slow you down and often aren’t worth using with how quickly your health depletes.

Making up for that shortfall are spectacular levels that do very unexpected things, all offering up a cathartic experience for those who aren’t super stoked about what’s been going on in the news lately.

The Doom reboot sort of set the standard for frantic FPS action with insane weapons on modern consoles, and while Wolfenstein II doesn’t quite hit that mark with its slower speed and harsher difficutly, it does some amazing things with the level of technology in the game’s story.

From the story to the game mechanics to collectibles and replay-ability, Wolfenstein 2: The New Colossus really delivers. If you loved the first game in this “rebooted” franchise, you’re going to get more of what you love – and then some – with this sequel. 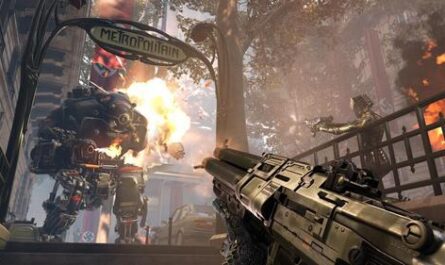 E3 2019: Wolfenstein: Youngblood What We Know And What We Want 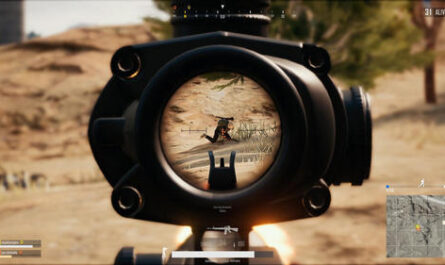 The Most Influential Games Of The 21st Century: PlayerUnknown’s Battlegrounds 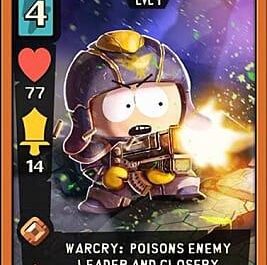