NEXT JUMP: Shmup Tactics is an indie title that combines turn-based strategy and shmup/bullet hell games into a nice, roguelite package. While the game technically takes place in a sci-fi world filled with traditional high-fantasy races — like orcs, elves, and dragons — there really isn’t any story to talk of here outside of an intro cutscene that establishes a world that runs on alcohol. Alcohol that the dragons stole. Ultimately, it is this that serves as your call to action. 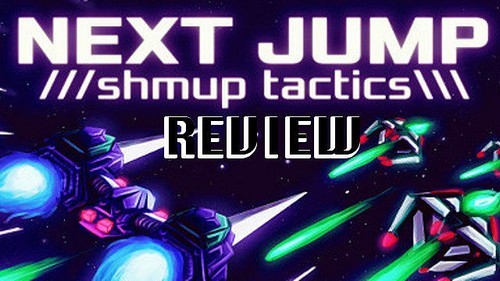 To actually catch a dragon, you must perform “jumps” across the galaxy in order to eventually catch and kill them. You accomplish this by choosing what path you want to take through the nebulas on the star chart. Doing this initiates combat, as the dragons send forth legions of drones to get in your path.

On these small, screen-sized battlefields, you have three turns to kill as many enemies and gather as much scrap (money) as you can while surviving. You take actions on a grid until you run out of energy — aka the ability to take actions — at which time your turn ends.

Three turns might not sound like a lot, and at the start of a playthrough it really isn’t. But once you start purchasing upgrades that increase your energy capacity and movement ability, then things really start to heat up. This is especially thanks to the fact that enemies drop energy orbs when they die, thus allowing you to string together multiple kills. And this works well; there is something extremely satisfying about starting a turn with a screen full of enemies, only to then end the turn with nothing left but a ton of scrap to pick up.

The intricacies of this game bear the markings of some of the best strategy titles: easy to learn, hard to master. While early on I understood how to play the game, it wasn’t until a few hours in that I really “got it.” And it was at that time that I really felt everything come together. Understanding how close you can cut by enemy bullets, the AoEs for certain attacks, or just the simple fact that sitting on the same tile as an enemy doesn’t hurt you were all learned experiences and slowly led to me employing sharper strategies over time. This might sound obvious, but many strategy games fail to force you to do that, or they neglect to provide you with the tools to make tighter strategies.

Ships Make the World Go Round

Even better is that all of the six ships — two from release, two from a free DLC, and two you unlock — truly feel unique from one another. The Ballista is a long-range ship whose basic attack actually recoils you backwards. The Hammer is a much larger, less nimble ship that charges forward into oncoming enemies with a shockwave that hits everything around it. The Shield can reflect enemy shots back, turning its main attack into both an offensive and defensive weapon. The Sword, my personal favorite, is actually a large energy “sword” that you can activate to slice through foes with ease.

There were myriad small issues I faced with combat, which I detail below, but one of the larger ones comes in the form of enemies’ energy drops. Since they are dropped right where they die, it is usually most advantageous to move on top of an enemy, then use your attack to ensure you instantly pick up the energy, which usually completely replenishes it. This means that direct, close-range strategies are usually the ones that are rewarded most; consequently, the Ballista is a lot harder to play. In short, it feels like the system was created to specifically incentivize close-range combat, which pigeonholes units into particular strategies at times. 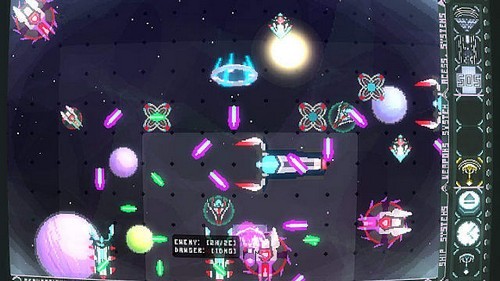 A lot of the trouble this game gets into comes from its inability to display combat information properly. In the chaos of battle, you could easily have four or five overlapping sprites on one tile, so jumping somewhere you thought was safe can actually result in your death. Add certain enemy attacks — but not all — that will scroll from the top of the screen to the bottom without warning (or a logical basis), enemies that can teleport on top of you to cause damage from seemingly any range, harmful projectiles and energy pickups that look painfully (pun intended) similar, AoEs for explosives that are extremely vague at best, and hitboxes that are inconsistent, and you quickly realize that it is extremely easy to get damaged in myriad ways without even knowing it. In fact, twice I died in gigantic explosions and couldn’t figure out how or why it happened for the life of me. The literal life of me, mind you!

Combine this with the game’s yearning to be a roguelite, and it can come across as quite draconian. For instance, your max HP is 4, but ships start with anywhere between 1-3 HP. Enemy attacks deal at least 1 damage if you get hit, but some, such as toxic attacks which deal residual damage, can easily one shot you. The real problem here is not that you have a small amount of HP and that it is easy to die, but rather that most of my deaths were caused by things that I could not even see. Roguelites are supposed to be challenging, broadly speaking, but when the majority of the challenge, and my deaths, came from things that were almost impossible to keep track of or just downright buggy mechanics, it could become frustrating fast.

I don’t want you to get the wrong impression: most of the stuff worked properly 95% of the time. But when you need borderline perfection to be able to get through a gauntlet of challenges, your personal margin of error shouldn’t be cut into so drastically thanks to the game’s own margin for error.

The Supporting Cast and Other Misc. Items 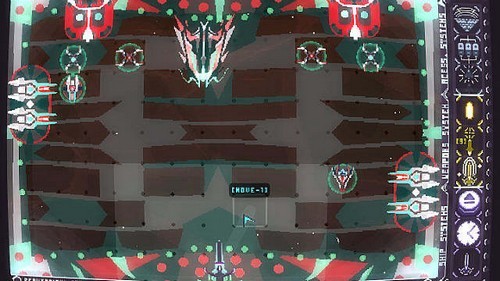 A lot of the game’s supporting systems are small in scale and scope. There are a handful of “environments” to fight in, including an asteroid field, nebula, solar winds, and storms. While these are interesting from the onset, they quickly grow stale.

Likewise, certain locations have SOS signals or unidentified signals, but there’s only a small handful of various dialogue options you can receive, so that too becomes mundane relatively quickly. Progression for your ship is also relatively straightforward. You buy upgrades for your battery (determines the number of actions you can take), engines (determines how far you can move per energy), hull (HP), and basic attack. There are also secondary weapons and accessories that you can buy, like mines, missiles, or teleporters. But after playing for a couple hours, you will have seen all the various items that you can possibly see. Only a couple of these actually left a lasting impact.

On one hand, this feels bad. I’d love to have more content to play through since the base gameplay is so fun and the setting is charming. On the other hand, I realize this is a small indie game that costs $5, and that small size is going to be apparent in some places.

The art direction and music direction aren’t anything particularly unique — they’re just standard fare for an indie title — but they get the job done. The game does have somewhat frequent typos, but nothing too egregious. There were also a couple glitches here or there, like being able to use certain menus when you shouldn’t be able to, but nothing that broke the game. 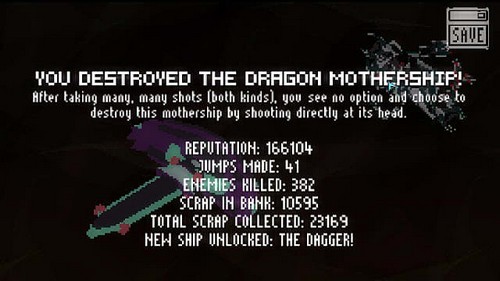 The real star of the show in Next Jump is its combat, both because it is the best, most developed part of the game and because it is how you will spend the vast majority of your time with this title. Everything else is generally serviceable, whether it be the upgrades, weapons, or overworld map. While there are a handful of frustrating problems mixed in, I feel the unique premise and successful execution of said premise really make the game come to life. If you’re a fan of strategy, shmup, or roguelite titles, then you should definitely give this game a chance.

Digimon Links Guide: What are the Best Capture Events?