There was a time when flight simulators were all the rage, when the likes of Microsoft Flight Simulator, Falcon, and X Plane ruled the digital skies. Things have invariably changed since then, with flight simulators taking a backseat to many other genres and subgenres in the pop culture gaming sphere. However, that doesn’t mean flight simulators don’t still exist — and it also doesn’t mean there aren’t some out there well worth your time, even if you aren’t an enthusiast. 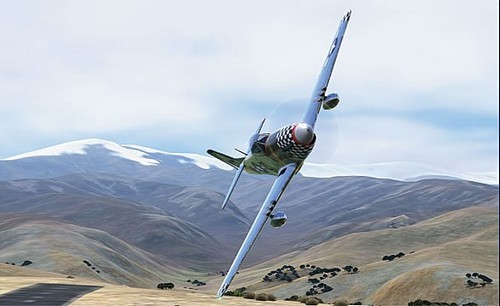 When I first received my review copy of Real Flight 8, one of the more popular franchises in the simulator subgenre, I wasn’t sure I’d even remember how to get back in the pilot’s seat. I hadn’t played a flight simulator since Microsoft Flight Simulator 98. But once I installed everything and booted it up, I found that Knife Edge Software’s newest offering made that a cinch.

Even though it’s predominantly an RC trainer and aerial simulator that revolves around hands-on training, RF8 made me feel like an ace — and reminded me how much fun flying a digital airplane can be.

It’s true: not many game reviews start out with an unboxing, but with Real Flight 8, there’s quite a bit in the initial package worth going over if you opt for the $179 Interlink controller package. If you’ve already got a radio or controller and are only thinking about getting the game, you can skip ahead.

Out of the box, you’ll get the RF8 game disc, the Interlink-X controller, a JR/Hitec radio cable, and a micro plug adapter for square-port support on Futaba radios. Having such flexibility right off the bat is great, especially if you already have one of those compatible radios on hand — or want to switch out for practice, familiarity, or comfortability. That’s not to mention that offering two packages (one with a comfortable, hyper-realistic controller and another with just the game itself) is something you don’t see every day.

Sure, the price for the average gamer is a bit high, but considering what you get for the money, it’s well worth the initial investment. 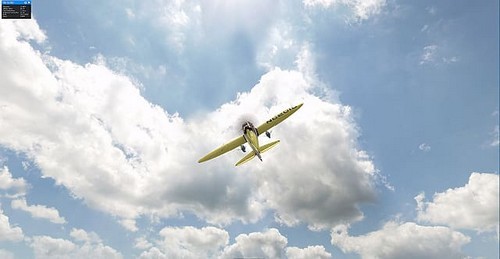 Taking RF8 to the Skies

Thanks to the plug-n-play nature of the Interlink-X and the game’s swift install time and easy-to-navigate startup menu, getting behind the controls in RF8 is faster than a MIG-29. It was a bit strange that the game immediately dumped me on the runway and sent my plane zipping off into the wild blue yonder right out of the gate, but that’s because I’m so used to pressing “start” or “new game” in a menu overlay — and I had the Interlink-X’s throttle accidentally set to maximum, so that’s my bad.

Buzzing off the runway, I pirouetted into the vibrant blue sky, twirled around, and shot off into the distance. The controls, even though I’ve never flown an RC plane, immediately felt comfortable and responsive. The Interlink’s layout is intuitive despite its many controls, and its sensitivity is tough yet rewarding, teaching you how to keep your aircraft aloft and on-track on the fly.

For those who might be worried they don’t have the chops to pilot one of RF8‘s 140 planes, helis, or drones — or maybe need a refresher on radio controls before taking to the sky — Real Flight has plenty of in-game training and tutorial videos you can watch at any time. Some cover basic flying mechanics such as pitch, yaw, and acceleration, while others cover advanced mechanics such as heli hovering, pitch cyclic, and roll cyclic.

That’s another aspect of RF8 that I really appreciate. Sure, it throws you on the runway right out of the gate, but it’s got plenty of tutorials to slow things down and educate you along the way. Of course, most vets won’t need these, but for us newbies, it’s great to see a game built for experts and new players alike. Lowering the initial barrier to entry, RF8 does what a lot of other games try to do — but ultimately fail at.

Now, that doesn’t mean I can pilot a damn helicopter very well, but that’s another story… 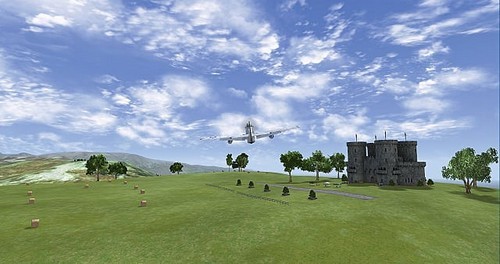 Running on a Powerspec G427 with an Intel i7-7700k at 4.2Ghz, 32GB of RAM, and a GTX 1080 graphics card, RF8 looks great in 4K. Of course, it wasn’t necessarily built for that high-end resolution, so there are areas that take a graphical hit when upscaling. Aircraft and the immediate runway and surroundings are vibrant, lush, and gorgeous. RF8‘s water is nearly as pretty as Fallout 4‘s.

Where things start to get a bit muddy, however, is when you look off into the distance: far away mountains and valleys, trees and fields, buildings and pirate ships — all can look painted on at times. One desert map has a distant mesa climbing into the sky that’s completely flat, looking as if it were simply smudged onto the horizon. This issue is most noticeable when using RF8‘s chase camera as you fly around the map, but if you’re using fixed camera mode, these blemishes are less obtrusive. And since most players will stay focused on their aircraft while playing, it’s not something that will inhibit many players from enjoying the game.

Zipping over to the sound front, RF8 does a good job of recreating true-to-life RC and aircraft sounds, both on the runway and during flight. Engines rumble and propellers buzz as you’d expect, and the audio stays consistent throughout the game. 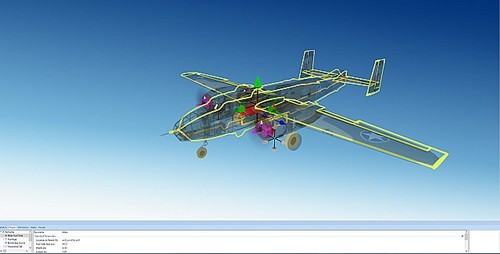 It’s not just the radio controller you can customize in Real Flight 8. Whether you want to tweak the game’s physics from beginner to realistic, fly with limited fuel reserves, or change the direction and speed of the wind, you can almost fully customize your RF8 experience.

What’s more, you can even edit the game’s individual aircraft and airports, aspects I found the most interesting and engrossing. Don’t like where the fuel tank’s located on the B-25 Mitchell? Move it (but at your own peril). Don’t like the sky color on the Soccer Field map? Change it to pink, purple, or cyan. Don’t like that the desert map doesn’t have any water? Add a huge lake and grove of trees to change things up.

You can add myriad components to any and every airfield in the game, change the sun’s inclination, and set where your planes spawn. On top of that, you can change the length of the wings and tails on your aircraft, gear weights, and deflection parameters.

At the end of the day, the customizability here really is amazing, dramatically adding to the game’s replay and training value. 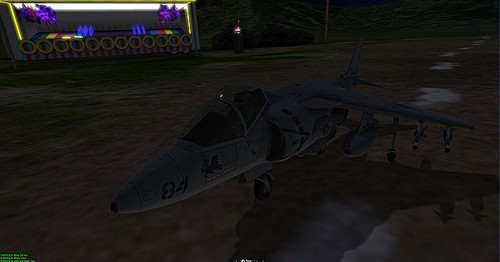 Sure, RF8 is a bit on the pricey side for the average gamer — but this robust flight simulator isn’t really geared toward that audience. Although it has multiplayer features, combat simulations, and obstacle courses, Real Flight 8 is much more a training and educational tool for current and aspiring RC pilots.

With hours of instructional videos, tons of free add-ons and expansions, robust, hyper-realistic mechanics, and hundreds of aircraft, RF8 is well worth the price. It delivers what it promises and is the perfect stepping stone between RF 7.5 and RFX.

You can buy RF8 on Amazon.

Fortnite Guide: How to Fix Waiting in Queue