On the game side, a batch of indies is available, including quite a few critically acclaimed titles, such Divinity: Original Sin 2’s Definitive Edition for $36, Firewatch for $6.59, and Dead Cells for $20. Narrative-adventure What Remains of Edith Finch is $10, and open-world pinball platformer Yoku’s Island Express is only $6.59. If you’re feeling spooky, the Amnesia Collection is marked down to $15.

As usual, the Xbox Store is kicking off the week with some new game deals, and there are some worthwhile discounts to put on your radar this week. First of all: Today (May 21) is the last day to get three months of Xbox Game Pass for just $1 if you’re a new or returning subscriber. New games were just added to the lineup in May, including Wolfenstein 2: The New Colossus, Wargroove, Surviving Mars, Tacoma, and The Surge.

Finally, you can explore the universe with No Man’s Sky, which is on sale for $37.49. With last year’s large-scale update, «Next,» and the upcoming «Beyond» free expansion releasing this summer, No Man’s Sky has come a long way since its initial launch and is worth picking up if it’s not already part of your collection.

One of the Xbox One’s selling points is its expansive collection of backward-compatible games, and the Xbox Store is offering hundreds of those older titles at a discount this week. That includes games like Red Dead Redemption for $9.89, Catherine for $10, and BioShock for $8.

See the full offering of Xbox One deals at the Xbox Store, and see more of our picks from this week’s sale below. 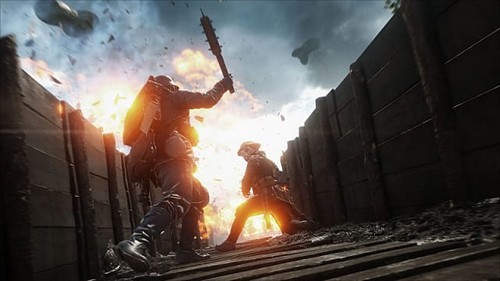 Battlefield 1 Guide: What Is a Multi Kill?