The new headset doesn’t address some of the key issues we had with its predecessor; it still doesn’t provide the most robust sound when compared to its headset competitors, and it’s still not as plug and play on the PC when compared to the Arctis 5 and Arctis 7. But it’s got a neat trick up its sleeves that helps it stand out from the pack.

As anyone who follows the gaming peripherals space knows, SteelSeries has a knack for iteration. Their catalog of quality gaming mice is evidence of that, with their Rival and Sensei lines being home to many popular – and highly reliable – products. And with the Arctis 3 Bluetooth, a lateral iteration on the original Arctis 3 gaming headset, they’ve mostly struck gold yet again – this time on the audio front.

One of the things I absolutely love about the Arctis 3 Bluetooth headset is how utterly ubiquitous it is. Instead of strictly being a gaming headset, the Bluetooth version of the Arctis 3 works on myriad devices: your PC, PS4, Xbox One, Nintendo Switch, mobile phone, and more. Unassuming and comfortable as always, this set of cans drops the pomp and circumstance of RGB and slick logos to focus on form and functionality.

Having the option to seamlessly switch between wired audio and Bluetooth audio is something I didn’t know I wanted until I tried it. Being a huge music fan, having the ability to sync the Arctis 3 Bluetooth to my iPhone 6S Plus meant I rarely had to take the headset off. Essentially, I could game for a few hours, unplug the headset from my console or PC, and walk out the door jamming some Intervals or Architects without skipping a single beat.

It’s all because the Arctis 3 Bluetooth not only has quality wireless functionality but also the functionality to listen to both wired audio and Bluetooth audio simultaneously – if that’s your thing.

Doing so can be a bit overwhelming at times and takes some getting used to, but being able to hear in-game announcements and audio while taking a phone call without removing the Arctis 3 is an amazing experience. Couple that with the ability to listen to podcasts or music while playing Paladins, DOTA, or even Assassin’s Creed Origins, and you can create your own unique soundscape for any gaming experience.

Out of the box, you’ll get all the cables you need to make it happen: a dual 3.5mm cable for wired PC audio, a standard 3.5mm attachment for connecting the headset to your mobile device or controller, and another hookup that acts as a middleman between those cables and the headset. You’ll also get a USB charging cable to charge the headset’s Bluetooth battery via a PC or console.

It’s a lot of cables, I know. Keeping up with them all is something I’m not terribly fond of and didn’t necessarily like in the original Arctis 3. Although it’s a small gripe, I wish SteelSeries had taken the opportunity with this iteration of the headset to consolidate some of the wires (at least into three instead of four). But as it stands, having specific cables for specific uses is something that increases the veracity of the headset in the long run.

As intimated above, the Arctis 3 Bluetooth headset is stupid comfortable. Like its predecessor, this set of cans sports SteelSeries’ wonderfully pleasant (and easily adjustable) ski goggle headband design. Weighing in at around 10 ounces, the Arctis 3 Bluetooth won’t cause any discomfort across the top of the head and doesn’t feel heavy in the slightest.

Its earcups are once again snug and cozy. And the breathable fabric surrounding the 40mm Neodymium drivers doesn’t get hot or sweaty across long gaming sessions. In a nutshell, it’s still the most comfortable gaming headset I’ve ever worn.

As for looks, the Bluetooth version of the Arctis 3 carries over the sleek, understated aesthetic of its predecessor, sporting an unassuming look that won’t stand out in a crowd if you decide to wear it in public while listening to a few tunes. And even though its jet black finish is refined, it’s a shame that other color options aren’t available to complement modern gaming setups and their typical RGB flourish.

As you move around the headset, the understated design continues on the left ear cup, where users will find the volume wheel and mute toggle, as well as the main cable jack and headphone share jack. It’s interesting none of these controls and/or inputs were moved to the right ear cup. But nonetheless, the buttons never feel cramped, and the jacks are easy to locate without ever taking the headset off.

Lastly, just like the original Arctis 3, the Bluetooth model is highly portable. Being able to rotate each of the headset’s earcups and lay them flat means you’ll be able to easily drop them into a backpack or overnight bag, which can be especially useful for competitive and eSports players.

Another area where SteelSeries doesn’t iterate on the original Arctis 3 – but most certainly doesn’t have to – is the Bluetooth’s retractable microphone. Whether you’re using the headset on your PC, console, or mobile device, communication is clear as a bell with this bidirectional, noise-canceling mic.

If you’re on PC, the SteelSeries Engine 3 software is where you’ll also adjust your on-board mic settings with dynamic compression options, as well as a noise gate and noise reduction panels. You’ll be able to immediately test levels within the program to fine-tune your output volume, which is helpful since you don’t want to be switching between games and the program to get things right.

And just like its progenitor, the mic in the Arctis 3 Bluetooth never once cracked or dipped in my time with it, providing crystal clear communication in both gaming and business scenarios.

The Bluetooth version of the Arctis 3 headset is comfortable, functional, and reliable. It provides fantastic clarity via its microphone, offers insane versatility via its added wireless technology, and sports a 28-hour battery life that only improves its ubiquity.

However, like the original, I can’t recommend it without a few caveats, even if it does do what a lot of other headsets don’t. Overall, it’s still less plug and play out of the box than advertised, and if it’s your first SteelSeries peripheral, downloading and setting up the Engine 3 software can be a pain in the proverbial butt.

On the sound front, it doesn’t provide the robust quality of its cousin, the Arctis 7 – or of other similarly priced headsets such as the Logitech G533. Sometimes the sound was rich and full of vigor, while other times I could barely hear in-game dialogue or sound effects without pumping the volume to maximum. On top of that, there are no in-line controls for volume or chat, meaning you have to use the controls located on the left earpiece, which may be more or less convenient depending on your style.

But my biggest concern about the headset is its $129.99 price tag. If you’re a strict PC gamer, it’s a hard price to justify – especially with other, more audio-rich headsets in the HyperX Cloud Alpha and the Logitech G433 both coming in under $100 (and the G533 is only $30 more than the Arctis 3 Bluetooth but offers better all-around sound). If you’re a console or hybrid gamer, even the other headsets in the Arctis line are more attractive, more affordable options.

However, if you want the ability to multitask with your audio – to listen to music and in-game audio at the same time, or to take a phone call while playing without having to take your headset off – the Bluetooth model of the Arctis 3 is well worth checking out.

You can buy the Arctis 3 Bluetooth on Amazon. 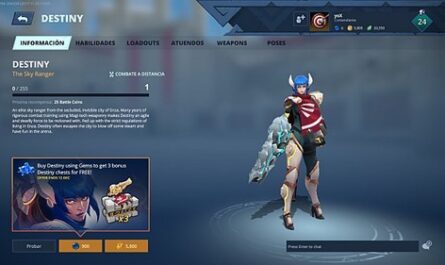 It’s Minecraft’s 10th Anniversary! Minecraft Earth Is on the Way

Fire Emblem Warriors Guide – How to Unlock the Secret Characters