Lately, some incredibly inventive people have been making some fantastic games, so with that independent spirit in mind, I have found a few indie titles that you really need to check out in 2018.

Did you play any of these indie games over Halloween? I know I couldn’t get myself off Space Beast Terror Fright, but now I see myself looking to the future. Although 2017 has been a good year for indie titles in general, the first quarter of 2018 is looking good for a number of new games. There seems to have been a big expansion this year in developments, thanks largely in part to competitive eSports tournaments, as well as gamers having more flexibility in game making with the use of dedicated server hosting, which has allowed players to create their own leagues with their own rules. Gaming is getting back into the hands of the gamers!

One of the more lighthearted (but nevertheless immensely enjoyable) games on the horizon, Ooblets is a game about farming, creatures, and adventure that sees you managing your farm and growing and training little creatures called Ooblets. Taking inspiration from games like Pokémon and Animal Crossing, you’re able to explore strange lands within the gaming world as well as battle wild Ooblets and other Ooblet trainers.

The science fiction aficionados out there will definitely appreciate Ghost Song. Born out of an obsession for Super Metroid and influenced by a few other games along the way, Ghost Song is a 2D platformer that takes place on the mysterious moon Lorian V. What makes the game unique is that approximately half of the game is open world, giving the player an option to explore it or not. You can also discover new powers and abilities, many of which can be easily missed if not careful, encouraging the player to go above and beyond as you explore the moon.

If you were let down by big-budget games like No Man’s Sky, then hopefully Chasm can fill the void in your heart. The game features six massive, procedurally assembled areas in a platform format, and it takes inspiration from hack ‘n’ slash games such as Castlevania and Metroid. It’s a pixel purist’s dream come true as you take on the role of a soldier named Daltyn who arrives in a remote mountain town to discover it taken over by paranormal forces. You’re required to explore the mines below the town and fight hordes of deadly enemies in a quest to save not only the township but possibly the world.

For those who have just watched the new Blade Runner film and can’t get enough cyberpunk in their lives, then The Last Night should be at the top of your wish list. You play as Charlie, a second-class citizen living in a crowded city of augmented denizens who live life in a “gamified existence,” which you are unable to experience thanks to an accident as a child. The narrative is rich, the visuals gorgeous in a way reminiscent of Ghost in the Shell, and the gameplay immersive. It’s quite possible that you will feel as though you’re Rick Deckard himself, off to retire a replicant escaped from an off-world colony.

What indie games are you looking forward to in 2018? Let us know in the comments below. 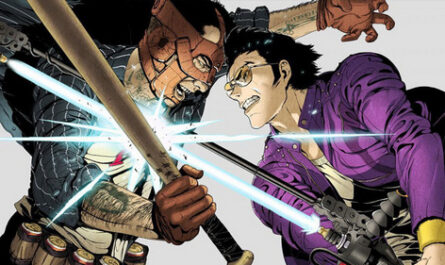 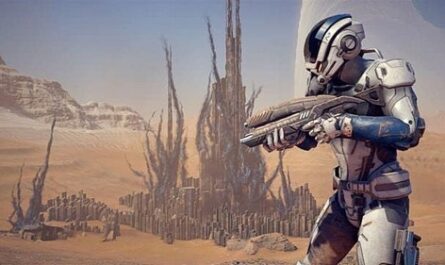 Mass Effect: Andromeda… Now that the Dust Has Settled

How to Play Lineage 2 Revolution on PC