Following the release of the Master Trials expansion to The Legend of Zelda: Breath of the Wild back in June, the second and last major expansion to the game included in the expansion pass, The Champions’ Ballad, has been released on both Wii U and Switch as of yesterday. The DLC features a number of new additions to the game, including new weapons, armor, story elements, means of transportation, and even a new dungeon and shrines. 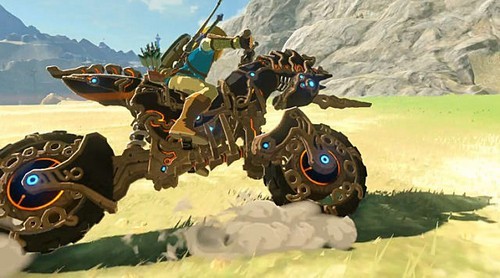 The expansion presents new armor sets that further reference past Zelda games, such as the Phantom Ganon armor from Ocarina of Time, the Island Lobster shirt from Wind Waker, and so on. Link will take on a new dungeon with a weapon called the One-Hit Obliterator, whose name makes its strength pretty clear, and will also gain access to the Ancient Saddle and Ancient Bridle, which will allow your horse to be summoned from far away and gain more stamina respectively.

Most eye-catching of all, Link will in fact be able to unlock what is for all intents and purposes a fully functional motorcycle upon completing the expansion’s newly presented challenges. The vehicle is called The Master Cycle Zero, and players can only obtain it once they have completed both the new dungeon as well as the new shrines in the expansion, as well as reached a point of progress in the main game where they have freed every Divine Beast. The Divine Beast and dungeon requirement also applies to the newfound story elements, where the player can learn further from Kass the Bard what became of the four champions as well as Princess Zelda, presumably before and after the invasion of Calamity Ganon. 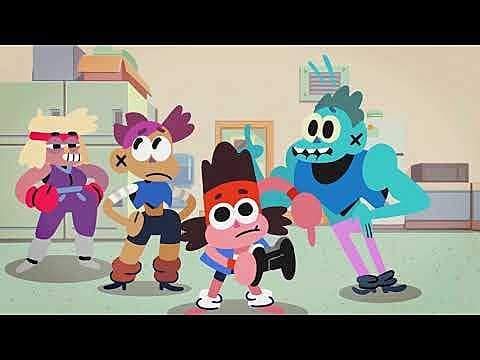 The first trailer for OK K.O.! Let’s Play Heroes — the first game based off the cartoon OK K.O.! Let’s Be Heroes — has been released by Cartoon Network Games. The trailer shows off some gameplay as well as some original animation featuring voice acting from the show’s major characters.

OK K.O.! Let’s Be Heroes is an action-comedy animated series that has gone through nearly its whole first season on Cartoon Network at time of writing, with a second season on the way, and indie developer Capybara games has been working on the game’s development since before the show even aired. While the show began development, so did the game, and creative members of both OK K.O.!’s crew — including show creator Ian Jones Quartey — and Capybara Games corresponded back and forth frequently in order to ensure that the game represented the show faithfully.

The game is equal parts action-RPG, beat-em-up, and adventure game, with Quartey and other major writer/director for the show Toby Jones citing games such as the Persona series and Viewtiful Joe as major inspirations. These are apparent as you play as K.O. wandering Lakewood Plaza Turbo and talking to characters from the show, beating up enemies like Lord Boxman’s many robots, and leveling up as you go. Capybara and Quartey have said before that they want to make a game that represents the show well, and they had considered Capybara among their top choices for developers to work with, having loved their work on games like Super Time Force and Superbrothers: Sword & Sworcery EP.

The game will be coming to PS4, Xbox One, and Steam, and Ian Jones Quartey has advised fans that a Switch port may be in the cards for later if the game sells well enough.

Note 2: we and the team at @CNGames are aware that everyone wants a Switch port. If the sales go well that may be an option for the future!

OK K.O.! Let’s Play Heroes has no official release date as of yet but is said to be “coming soon” to PS4, Xbox One, and Steam.

What’s On Your (Game)Playlist This Month?