Even if online chat apps aren’t your thing, you are missing out if you don’t have a Discord account. Discord is one of the best products out there for online communication. Just about everyone else is on there, so now’s the best time to drop those other platforms and hop on Discord too.

If you don’t know what Discord is, then you’re either not a gamer or you don’t do much gaming online. Described as the Slack or Skype for gamers, Discord is projected to hit 87 million users by the end of the year. Not too shabby considering the app had only 45 million users back in May.

The Other Competing Products Just Suck

Discord just works. The text messaging works perfectly. Voice chat and video chat connections are seamless and won’t bog down your game. It’s completely free. There’s both a mobile app and a desktop app. Best of all, you can be part of multiple servers at once. The toughest part is keeping up with all the conversations.

Not only are similar products not nearly as comprehensive in their features, but Discord works better than game-specific or console-specific chats. For example, Nintendo Switch owners are not the biggest fans of the console’s chat feature, which lacks the ability to voice chat. Players must also download a separate mobile app in order to use the chat feature, so it’s not very integrated with the games. Discord founder Jason Citron even expressed interest in helping Nintendo with the Switch’s voice chat capabilities. Overall, Discord just does what you need it to do without having to troubleshoot technical difficulties every other time you want to use it.

It’s Such a Staple in the Gaming Community, It’s Almost a Given

Up until February 2017, I had streamed on Twitch off and on for about two years. Even though I didn’t ask for it, one of my avid viewers created a Discord server for my stream. There are only three people on the server, myself included, and the last time I checked was in August. Needless to say, Discord is to gaming like bread is to sandwiches. You almost can’t have gaming without Discord.

Discord has embraced their niche by introducing Rich Presence in November 2017. Rich Presence allows developers to connect their game right into Discord, making it easier for players to form parties, invite players, and communicate with each other while playing the game. Players can also watch matches, see how long matches typically take, or simply see what matches are open for new players. Players can also see what games their friends are playing. Many of the most popular games have dedicated Discord servers, including Minecraft, Rocket League and PLAYERUNKNOWN’S BATTLEGROUNDS.

Essentially, Discord is already pretty core to the streaming experience and is working on becoming core to the overall gaming experience. By integrating with developers and games directly, players are spared a lot of the hassle of coordinating outside of the game itself. But, playing certain games becomes more and more unthinkable without Discord. Developers won’t have to recreate the wheel of a chat feature inside every single game. Instead, work with Discord, and Discord gets it done for them.

Overall, if you’re not on Discord yet, then there’s no better time than right now to create an account and join the servers of your favorite games and streamers. Twitch may have purchased Curse late last year, but many on Twitch do not use the relaunched Desktop app for chatting or keeping up with their communities. Platforms like Teamspeak and Skype are less and less ubiquitous in gaming circles. Discord, if you haven’t figured it out yet, will be the gaming communication platform of the future. Eventually, there may not be many choices beyond Discord, and that’s not necessarily a bad thing.

And now, the video game industry has succumbed, too. Not just to the Black Friday gift giving craze, but also to the arbitrarily dress-up-your-favorite-characters-in-Christmas-clothes craze. It’s wonderful, it’s terrible, it’s all encompassing. But most of all, it’s profitable overwhelming, just like everything else about the season. That’s why we’re here with a compendium of all the holiday-oriented video game events going on this season. Let’s jump into the list.

Draconius GO Guide: How to Start PvP – Duel of Wizzards 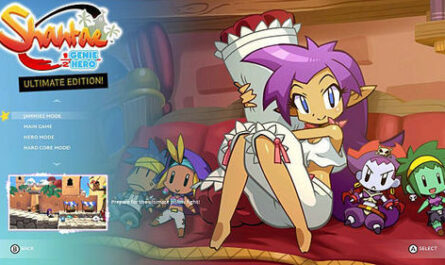 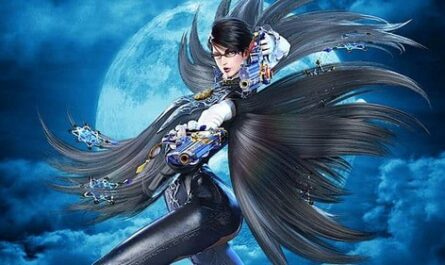 3 Things Bayonetta 3 Should Fix with the Series