Twenty-five thousand operations are cancelled every year because hospitals are so full, an investigation by The Mail on Sunday has found.

A lack of beds is forcing the cancellation of 100 operations every working day across the NHS in England – a figure that has risen 35 per cent in just five years.

Dozens of trusts have seen bed-related cancellations double since 2012, with one soaring seven-fold.

Even urgent heart and cancer ops are being delayed, sometimes repeatedly, due to the shortage. The consequences can be fatal.

Last night Professor Derek Alderson, president of the Royal College of Surgeons, said ‘major log-jams’ on wards were bringing hospitals to a standstill, warning: ‘Large numbers of patients are suffering.’ 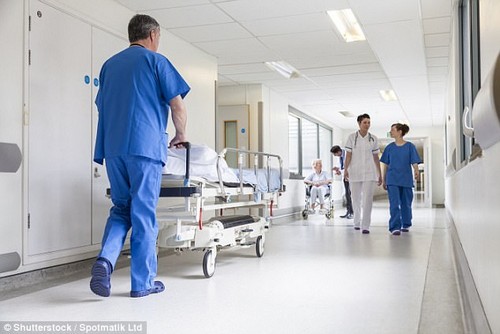 An investigation has found that 25,000 operations are cancelled every year because of a lack of hospital beds. File image

And Dr Taj Hassan, president of the Royal College of Emergency Medicine, said: ‘The beds crisis is spiralling from chronic to acute.

There’s no doubt our bed occupancy rates are too high – nowhere near where they should be to be prepared for winter.

‘We just don’t have enough beds in to cope with the demands of emergency or pre-planned care.’

He said 5,000 extra beds were needed. But there are plans afoot to strip out thousands more so the money can be reinvested in ‘community care’.

The Mail on Sunday calculated around 25,000 planned operations were cancelled due to bed shortages last year, after sending Freedom of Information requests to England’s 153 NHS hospital trusts.

We asked them to provide a breakdown of last-minute cancellations by cause: lack of beds, operating theatre capacity, staffing, and equipment failures. We requested five years of annual data. 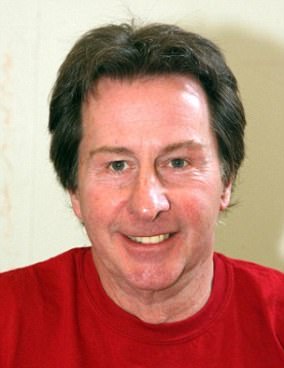 Star Wars actor Richard Bonehill was found dead in his car after his potentially lifesaving heart operation was cancelled twice due to bed shortages.

He needed surgery on a leaking heart valve, which had been scheduled to take place at Derriford Hospital, Plymouth, on January 5, 2015.

But it was cancelled after the hospital was put on ‘black alert’ – meaning bed capacity had been reached. The procedure was rescheduled for a fortnight later. However, by then the alert was still in force, and the second date duly cancelled.

Mr Bonehill, 65, of St Ives, Cornwall, who played a stormtrooper in The Empire Strikes Back, smuggler Nien Nunb in Return Of The Jedi and appeared in Doctor Who, was found dead in February.

At an inquest last year, cardiac consultant Mr Clinton Lloyd said: ‘His heart muscle was not working well and his valve was leaking severely when he came to see me. There is a risk with cardiomyopathy that there can be sudden death.’

By Friday, 92 had responded with full figures for 2016/17. They reported 15,370 bed-related last-minute cancellations in total.

Scaled up to account for trusts which failed to give details, it can be estimated there were 25,500 bed-related cancellations in English hospitals last year.

‘On the day a surgeon has to cancel a major case, which might have taken hours, they can end up sitting twiddling their thumbs. It’s a massive waste of resources.’

The consequences for patients can be devastating and sometimes fatal, as demonstrated by endless case studies. File image

As a whole, beds account for a third of last-minute cancellations; operating theatre capacity 28 per cent; staff shortages or sickness 14 per cent, equipment eight per cent and the remaining ‘other’.

Dr Hassan said the findings ‘absolutely support’ the belief that a scarcity of beds is at the heart of the NHS’s problems.

An NHS England spokesman said: ‘The fact is that the number of cancelled operations remains low at just one per cent in the context of the millions of operations performed in the NHS each year.’

Cancer patient Bruce Knight was all ready to go into theatre when he was told: ‘Sorry, there’s no bed free.’

The 74-year-old had needed an urgent operation to remove a tumour from his pancreas, and was booked in for surgery at University Hospital Coventry on January 18 this year.

His wife, Val, pictured right with Bruce, explained: ‘Bruce was ready, he had his gown on, he’d spoken to the surgeon.

Then the anaesthetist came in and told him sorry but the operation would be cancelled as there weren’t enough beds in the high dependency unit.’

The couple then had to endure an agonising wait to see if the eight-hour operation could be rescheduled in the right ‘time window’ to fit in with his other cancer treatment.

It was eventually rebooked for February – by which time doctors discovered they could not remove the tumour. Mrs Knight explained: ‘They said the radiotherapy and chemotherapy had basically bound it in place. But Bruce is improving.’