There was only one present Josh Daly wanted for Christmas this year.

The brave nine-year-old has been fitted with a new hand in time for Christmas – after being born with his left hand missing.

It means that Josh can now open his Christmas pressies and pull crackers with his sister Eve, eight.

His delighted mother Kelly, 40, who lives in Bristol with husband Paul, 44, a tax consultant, said: ‘We are going to have a wonderful Christmas this year.

‘Josh is thrilled with his new hand. He can’t stop smiling. It means that he can do so much more now that he can grip things like his presents and pull crackers too. He is so excited for Christmas now he’s got his new hand.’ 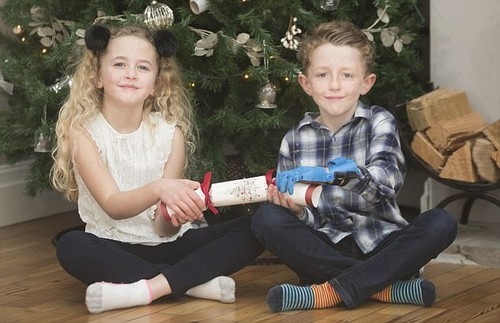 Josh Daly was born without his left hand. Pictured here pulling a cracker with his sister Eve, the nine-year-old got a new hand just in time for Christmas 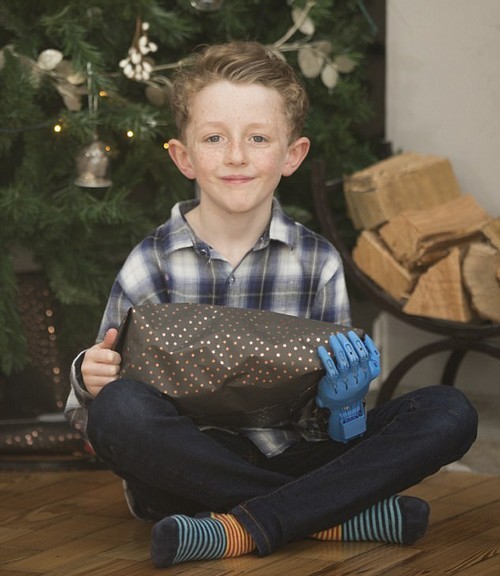 His mother, Kelly, said Josh learnt to do things without his hand and chose to let him decide about getting a prosthetic arm when he was older

It was at a 20 week scan into her pregnancy that Mrs Daly, a full time mother, discovered there was something wrong with Josh. The scan revealed that his hand was missing.

She said: ‘It was a massive shock to me when I found out. I was having the scan when the doctors had noticed it was missing. They told us that his arm had been trapped somehow throughout the early weeks of pregnancy, which meant his arm hadn’t developed properly.

‘There was no explanation for why it had happened in the womb, I was told it was just one of those things. But it was a massive shock to me as I hadn’t imagined anything would be wrong with him.’ 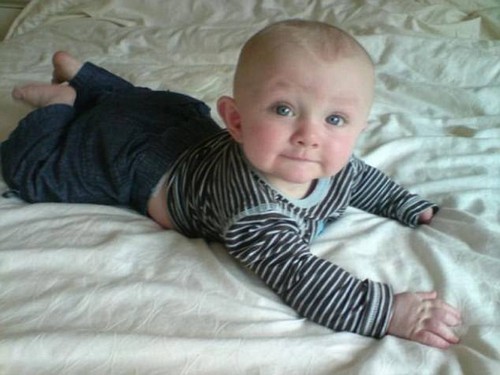 Kelly found out about his hand at 20 weeks. Pictured here at ten months old, she was told his arm had been trapped in the early weeks of pregnancy and hadn’t developed properly

The couple had a meeting with a plastic surgeon before Josh was born, who explained that he could try and create a new hand for Josh by removing some of his toes and attaching them to his arm.

Mrs Daly said: ‘We knew there was an option of a prosthetic arm, or to have this operation, but we wanted to see how he would cope when he was born before we made any decisions.’

When he was born, Josh amazed his parents by quickly adapting to life without his left hand, and they decided not to go ahead with any surgery.

Mrs Daly said: ‘He learnt to crawl, and pick things up and throw things, so we decided not to have anything done and then as he grew older, he made the choice that he didn’t want to wear a prosthetic arm. He preferred to try and do everything without. 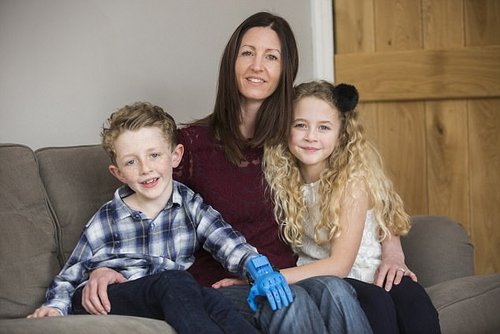 Josh decided he didn’t want to wear a prosthetic arm, but earlier this year he began looking into 3D printed hands on the internet

‘He never needed anything else, he just adapted to doing things without any proper hands. But then earlier this year, he was looking on the internet and started reading about the 3D printed hands.

‘And he came to us and showed us, and we looked further into it, and he said he would like to try one. It was much cooler for him to have one of the printed hands than one of the traditional prosthetic arms.

The couple approached FabLab i Essex, which specialises in printing 3D limbs, and Josh was measured up in April this year.

He was fitted for his new hand a few weeks later, and he has got used to using it – just in time for Christmas.

Kelly said: ’It really is the best present that Josh could ever have wished for. He was thrilled when he tried on his new hand for the first time, and could pick things up properly. It has given him so much more independence and confidence.

‘He has always managed really well, but now he can feel more like the other children now that he’s got his new hand. It was wonderful to see him being able to pull Christmas crackers for the first time this year with his sister. It’s something that I never thought I’d be able to see.’ 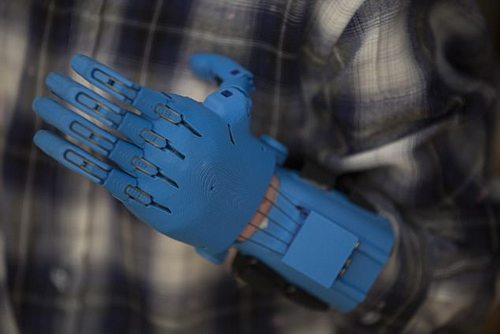 Kelly said: ‘It was much cooler for him to have one of the printed hands than one of the traditional prosthetic arms.’ The hand was created by FabLab i Essex, who specialise in printing 3D limbs

Mother, 28, donates her breast milk to dozens of families