Lucy Moroney, nine, is in Monteray, Mexico, for a revolutionary chemotherapy trial that involves injecting drugs via the artery directly into the tumour, in a treatment that is not yet available in Europe.

Just a few months ago, Lucy from the Wirral, was told she had an inoperable child brain tumour, known as diffuse intrinsic pontine glioma.

Unable to swallow or walk, on August 21 Lucy flew thousands of miles for one last attempt to save her short life.

After just three rounds of therapy, doctors have told Lucy’s family the area around her tumour almost ‘looks normal’.

Lucy’s diagnosis is the third tragedy her family have had to endure, after the sudden loss of her six months pregnant mother aged just 33 in 2012, as well as the baby passing away just hours later. 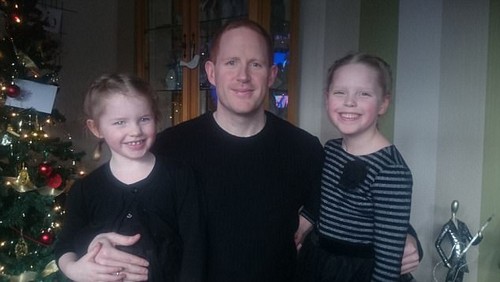 Lucy Moroney (left), nine, has amazed doctors after a cancer trial not available in the UK has caused her inoperable brain tumour to shrink (with her father Joe, 39, and sister Amy, seven)

‘Big shrinkage in the tumour’

‘She was very grumpy when she woke up!

‘She needn’t have been grumpy as her MRI results from today were great!! Big shrinkage in the tumour according to the doctors.

‘We’re very happy to have a positive result. They said a lot of the area where the tumour is now looks normal!’ 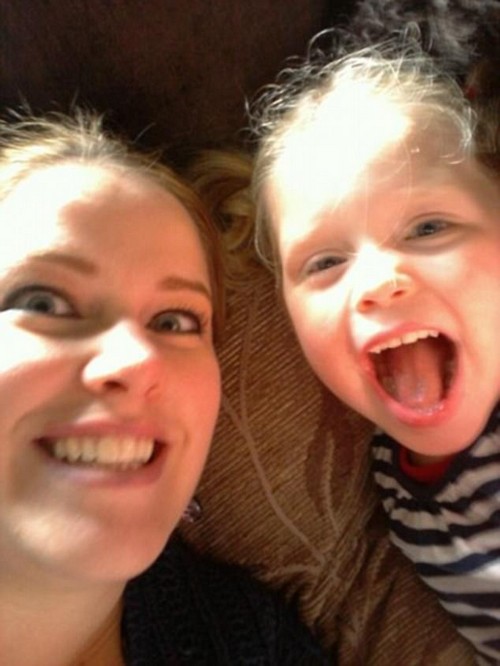 It is the third tragedy for the family after the girls’ mother Nicola (left with Lucy) died at just 33 years old while pregnant with Ruby, who was born three months early and later passed away

WHAT IS DIFFUSE INTRINSIC PONTINE GLIOMA?

It is likely to spread to other parts of the brain or spinal cord.

Surgery to remove the tumour may not be an option if it involves operating on critically-important regions of the brain.

Radiotherapy is the standard treatment due to chemotherapy’s lack of efficacy.

‘It is the worst type of tumour a child can get’

‘I didn’t really understand at first when they told me it was inoperable that that meant it was totally untreatable.

‘The prognosis is really grim. With radiotherapy to prolong her life, it is nine months and without it, it’s less.

‘But radiotherapy has such bad side effects that it doesn’t prolong any quality of life.

He said: ‘I am determined to stay positive and so is Lucy.

‘She doesn’t know how bad the prognosis is but she knows she has a brain tumour.

‘We are fighters and are going to explore every other option out there to find a cure.’

Lucy, Joe, and her sister Amy, seven, have already suffered a family tragedy when the girls’ mother Nicola, 33, died from an undiagnosed heart condition while watching television in 2012.

As Nicola was pregnant at the time, the couple’s third daughter Ruby was born three months early by emergency caesarean section but died in her father’s arms hours later.

Joe said: ‘I couldn’t fight for Nicola – I am going to fight as hard as I can for Lucy.

‘Lucy is so much like her mum, she is always smiling.

‘It is the worst type of tumour a child can get. It will affect her sight, her breathing, her movement.

‘But even now with her symptoms getting worse, she keeps smiling and she is so positive.’

Three years after the trauma of losing Nicola, Joe met his girlfriend Claire Evans, 29, who gave birth to their son Max just before Lucy’s diagnosis. 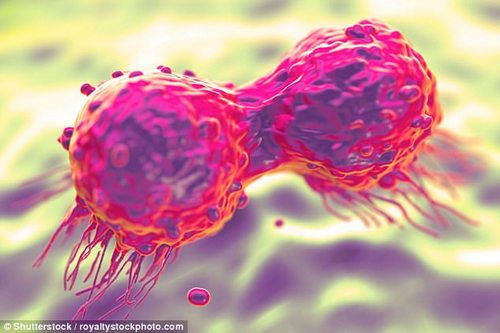 ‘It is really overwhelming’

Determined to give Lucy every chance of survival, her family launched a £300,000 fundraising appeal for the Mexico trial.

To date, more than £236,000 has been raised. Lucy’s school, Gayton Primary, recently raised £10,859 from an event for Lucy’s ‘Pineapple Fund’. The appeal got its name due to Lucy’s love of the fruit.

Mrs Newman said: ‘When we got the diagnosis we all felt so helpless. Our worlds just fell apart all over again.

‘People have been incredible, it is really overwhelming.’

The recipe for a guilt-free Christmas dinner

Test to find out where you fit on the ‘selfitis’ scale