A couple is still coping with the tragic deaths of their two children which they say made them better parents.

They suffered from pyruvate carboxylase deficiency, a rare disease causing a buildup of acid in the blood that induces fatigue, difficulty breathing and progressive brain delays, which kills most infants within the first six months.

Now the couple from Connecticut has said their experience has taught them to love differently and parent their two children, Julia, nine, and Wilbur, three. 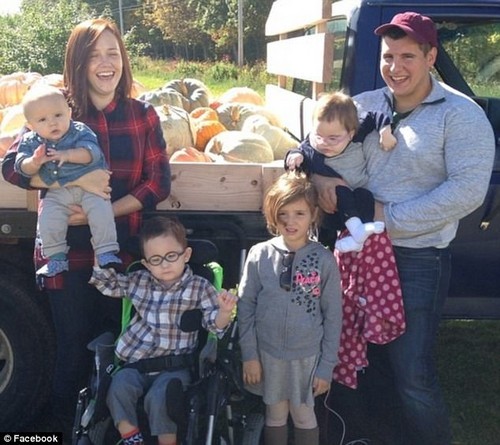 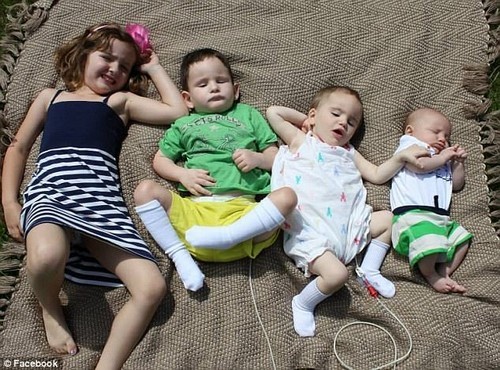 The Gauvin’s had four children, two of which (middle) suffered from a rare genetic disorder called pyruvate carboxylase deficiency

Allison gave birth to her second child Beckett in 2010 at 38 weeks. He was immediately placed in the Neonatal Intensive Care Unit where he became distressed and struggled to breath.

Within 24 hours Beckett was diagnosed with a rare mitochondrial disease.

WHAT IS PYRUVATE CARBOXYLASE DEFICIENCY?

Pyruvate carboxylase deficiency is an inherited disorder that causes lactic acid and other potentially toxic compounds to accumulate in the blood.

High levels of these substances can damage the body’s organs and tissues, particularly in the nervous system.

Cells use pyruvate to turn convert sugar, carbohydrates, fat, and protein into energy.

In pyruvate carboxylase deficiency, a lack of pyruvate means the body can’t properly create energy and instead pyruvate builds up in the body and turns into lactic acid.

This can lead to metabolic acidosis, when the kidneys can’t work hard enough to flush the acid from the system. When this happens, people can experience seizures and comas.

Pyruvate carboxylase deficiency is a fatal genetic disorder that occurs in one in 250,000 people.

It is an autosomal recessive genetic disorder, meaning both Allison and Ben were carriers of the gene and passed it down to their children.

Their first and last children, Julia and Wilbur, are not affected by the disease, but middle children Beckett and Clementine were impacted.

Instead of producing energy, the condition causes the body to produce lactic acid in the blood leading to stomach pain, vomiting, extreme fatigue, organ failure and neurological damage.

Doctors told the Gauvins that their son was going to die.

Allison told TODAY the doctors said: ‘Even if he does survive, he is going to be severely retarded.’

But Beckett’s condition improved and he was released from the hospital at 10 weeks old.

Though he was slow to develop, doctors were impressed by his lack of other symptoms.

Months later when Allison went for her postpartum appointment, the couple were shocked to learn that she was pregnant again.

Doctors suspected the new baby would also have the disease.

Within six hours of Clementine’s birth, a blood test diagnosed her with the same illness as her brother.

Though the prognosis was fatal for both children, Beckett and Clementine had two years of positive improvement without any extreme medical emergency. 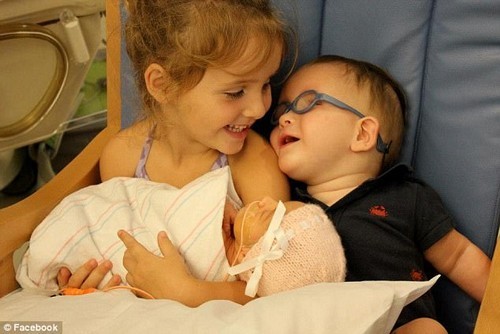 Their oldest daughter Julia, (now nine) is pictured next to her brother Beckett who died at three, and holding sister Clementine, who died eight weeks later at two years old 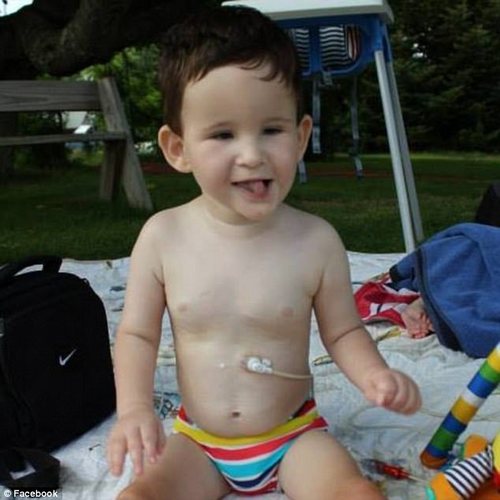 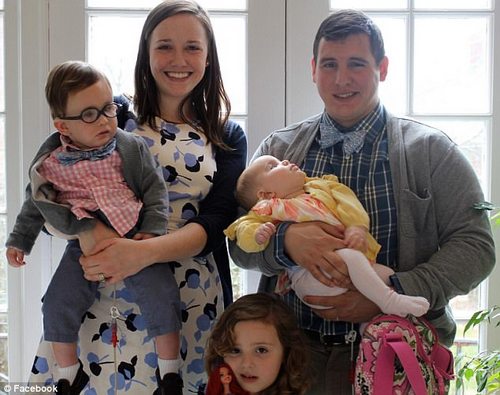 Parents Allison and Ben Gauvin said the loss of their children, Beckett (left) and Clementine (right)  has taught them to love their other two children differently

Ben said: ‘They were the most sociable, lovable and if anything they were the perfect human beings because that’s all they responded to was love.’

The army soldier said he was in ‘optimistic denial’ about the condition of his two children and had hopes that doctors could find some way to keep his children alive.

The Gauvin’s described Beckett as ‘an intelligent kid’ and Clementine as a ‘sassy diva’ to TODAY.

During those two years the parents said yes to everything to assure their children lived a full life.

Right before Beckett’s second birthday was the first time he got very sick. He was rushed to the hospital and put on emergency dialysis to purify his blood.

From then on he was back in the hospital every six to eight weeks.

A year later, before Clementine’s second birthday she experienced the same sickness as her brother and was hospitalized.

At that point the parents’ goal was to make their children comfortable, instead of watching them writhe in pain in the hospital bed.

A week before Beckett’s death, they let him out of his wheelchair to sit on the floor with the rest of the kids at school – something they would have never done before for fear of infection.

Clementine died in July 2014, just nine days after the family brought her home from the hospital.

Though they miss their children, the Gauvins feel blessed to have had them.

‘I don’t think Beckett and Clementine had any less of a life,’ she said.

Now the couple is raising Julia, nine, and Wilbur, two, who they say they love differently after experiencing the loss.

Each year the family celebrates Beckett and Clementine’s birthday with a cake.

gin that may be good for your liver

Baby girl ‘born’ into mother’s abdomen is saved by doctor