A teenager was left fighting for her life after she suffered a life-threatening reaction to a contraceptive implant – which left her needing emergency surgery.

Tasha Hughes suffered a massive build-up of fluid on her brain, which can be deadly, a year after having an implant fitted in her arm when she was just 17.

Doctors repeatedly dismissed her crippling headaches, which began to blight her life a year after it was fitted. They also ignored her blurring vision.

It took a trip to the opticians to realise she had developed intracranial hypertension – believed to be triggered by the hormones released by the implant. They warned she would have gone blind within weeks if it had not been spotted.

Miss Hughes, from Walsall, was then rushed for emergency surgery. Surgeons sliced open her skull and inserted a shunt to drain dangerous levels of fluid away from her brain.

Still suffering the effects two years on, she is sharing her story in a bid to warn other women of the unexpected side effects of hormonal contraceptives.

Miss Hughes, now 20, has been left partially sighted. For months she hated leaving her house as the scars on her head made her feel like ‘Frankenstein’.

‘It nearly cost me my life’

She said: ‘It’s terrifying to think that the implant nearly cost me my eyesight, and nearly my life.

‘Even though I kept going back to the doctors complaining of a headache they didn’t take me seriously, but after going to the opticians, everyone finally realised how serious it was.

‘I was petrified, my vision had become so blurry that my mum had to help me go to the toilet, and if the fluid wasn’t drained from my brain when it was then I could have died.

‘After the surgery I was still in so much pain, and even though it did save my eyesight, I’ve lost my peripheral vision.

‘My scars made me feel like Frankenstein, and I hated leaving the house because I felt so self-conscious.

‘I didn’t think twice about having the implant as I never knew how severe the side effects could be, but by sharing my story it will hopefully warn others of what can happen.’ 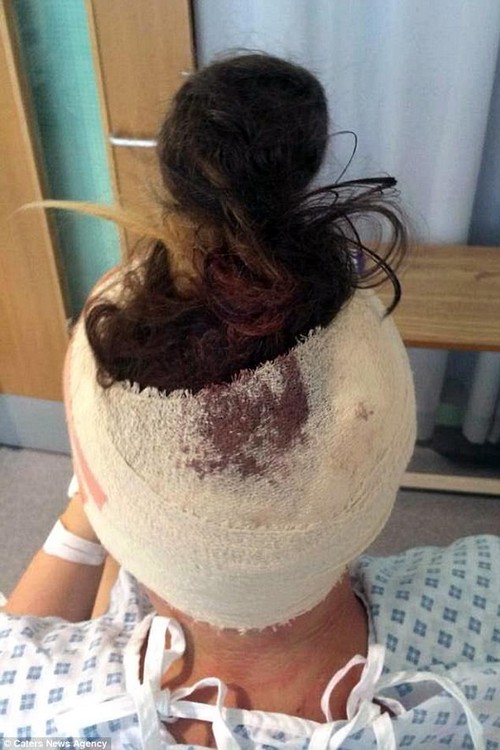 Miss Hughes, from Walsall, was rushed for emergency surgery after her optician noticed damage to her optic nerve. Surgeons sliced open her skull and inserted a shunt to drain dangerous levels of fluid away from her brain 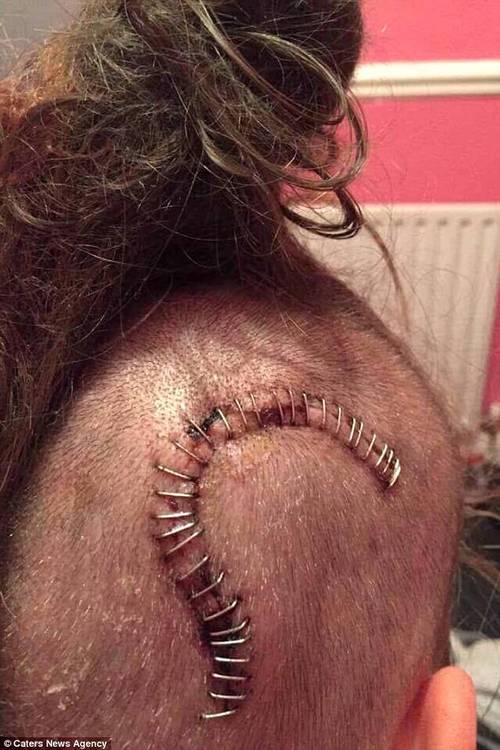 Miss Hughes, now 20, has been left partially sighted. For months she hated leaving her house as the scars on her head made her feel like ‘Frankenstein’

She added: ‘I was told that hormonal contraceptives can cause this with a common side effect being the severe headaches that I was experiencing.’

Why did she opt for the implant?

Miss Hughes, who works at a trampoline park, decided to have the implant fitted after being on the contraceptive pill led to her putting on weight.

For a year, she thought the implant was working fine – but started to be struck down with severe headaches.

It’s terrifying to think that the implant nearly cost me my eyesight, and nearly my life
Tasha Hughes, 20

It was only when she was at college that the pain became so severe that she couldn’t concentrate. Her friends assumed she was being over-dramatic.

After two weeks of severe headaches, her mother, Katina, 40, took her to her GP and hospital eight times, but she claims doctors said it was just a hormone imbalance.

In desperation, Miss Hughes visited her optician – who realised that her optic nerve was damaged and referred her to hospital for treatment.

Miss Hughes said: ‘The headache lasted for two weeks straight, so I knew something was seriously wrong as this had never happened before.

‘I had been to the doctors so many times and kept getting dismissed, so going to the opticians was the only option I had left.’ 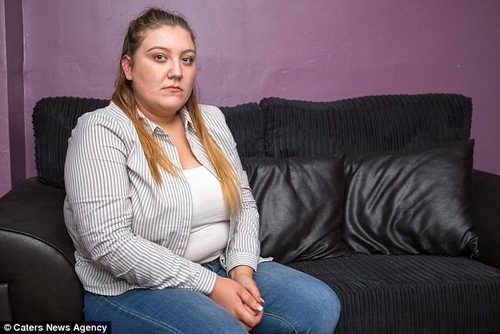 Still suffering the effects two years on, she is sharing her story in a bid to warn other women of the unexpected side effects of hormonal contraceptives

In many cases, the cause of chronic IH is unclear. It has been associated with:

Her optician assured her she was fine, but gave her an urgent referral to hospital as, her optic nerve was so damaged she could be blinded within a matter of weeks.

A CT scan at hospital came back clear, but doctors discovered she had intracranial hypertension. It is believed to strike one in 100,000 people, according to figures.

In an attempt to save her eyesight, she had fluid drained from her brain and spine before undergoing a life-saving operation where a shunt was fitted.

Miss Hughes added: ‘I just didn’t know what to do, it terrified me to think that if this surgery wasn’t successful I could die.

‘I was really struggling trying to come to terms with the ordeal, but my family were so supportive and pulled me through it.’

Despite making a recovery, Miss Hughes has been left with permanent scarring on her head and stomach, and her vision has been affected.

Miss Hughes now hopes to warn others of the potentially dangerous, and little known, side effects of the implant.

She said: ‘My vision has been weakened, so I may never be able to drive even though I’m really determined to do so.

‘My confidence was knocked for ages, but thankfully it came back as I learnt to embrace my scars.

‘I could have let what happened to me leave me a shell of the person I was, but I’m determined to use my experience to warn others.’

But experts say the implant is ‘safe’

But experts have dismissed the warnings, making it clear the implant is ‘safe’ and highlighting its proven effectiveness.

Bekki Burbidge, from the sexual health charity FPA, said: ‘The implant is a safe method of contraception for most women and is one of the most effective methods at preventing pregnancy.

‘There are some medical conditions which may mean an implant isn’t suitable to use, so a health professional will always take into account individual risk factors when prescribing the implant, or any other method of contraception.’