New technology is putting the focus on rarely witnessed aggression between two of the fiercest predators in North America. For the last few decades, populations of cougars and bears have been on the rebound. But until recently, researchers didn’t know how these formidable predators interacted.

To improve their understanding of these potential heavyweight matches, scientists set up motion-sensitive cameras in British Columbia, where both species are increasing in number. The researchers rigged the countryside so that black bears wandering the shorelines of Vancouver Island would trigger the playing of recorded sounds of cougar growls over loudspeakers. Video cameras captured the bears’ reactions-which were not timid.

“They almost invariably approached the sound source and in many cases did so in sort of an aggressive manner.” Justin Suraci, an environmental studies researcher at the University of California, Santa Cruz, involved with the research.

This aggressive behavior manifested in different ways. Mother bears were the feistiest, with six moms actually charging the cougar sounds and one even biting a speaker. On the other hand, solitary bears moved towards the speakers making a huffing noise often associated with aggression.

Suraci says that the cougar sounds could represent an easy opportunity for the bears to make a food heist. Cougars in the area often cache the seals and sea lions they kill and come back to them for days. But bears will seek these meals out, driving the big cats away from their leftovers. The research is in the journal Ethology. Justin P. Suraci et al, Eavesdropping in solitary large carnivores: Black bears advance and vocalize toward cougar playbacks

The findings help researchers get a better idea of how populations of large predators will interact as they recover on the landscape.

“There’s a lot of research suggesting that when you’ve got a whole suite of these larger apex predators, cougars, wolves and bears for instance in North America, they’re not all essentially on equal footing.” And the interactions that determine who’s on top are full of sound and fury.

(The above text is a transcript of this podcast) 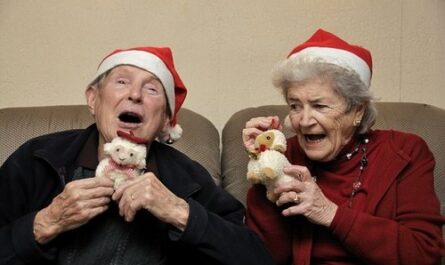 John Ramsay reveals seven signs of dementia to look for