For those still struggling to find their partner a Christmas gift, some lingerie and a special night in the bedroom might seem like the perfect last-minute fix.

But sexologist Dr Nikki Goldstein warns that treating sex as a gift can turn it into something that feels more like an obligation instead of passion.

Saving intimacy for special occasions could start to make sex feel like a chore, rather than spontaneous bedroom fun, she added.

‘In long-term relationships, we should be having sex for healthier reasons,’ Dr Goldstein wrote in Body+Soul.

‘These include to bond, to feel close to our partners, to feel in a better mood with them, to connect, to be intimate, to feel pleasure and to enjoy something together.’

‘These are not things you achieve necessarily from giving sex as a gift or using it to celebrate. These are things a relationship needs to thrive 365 days of the year.’

While couples shouldn’t worry about whether they’ve having sex every day of the year, Goldstein said they should consider initiating it more often than just birthdays and holidays.

She notes that saving intimacy for special occasions could start to make sex feel like a chore, rather than spontaneous bedroom fun 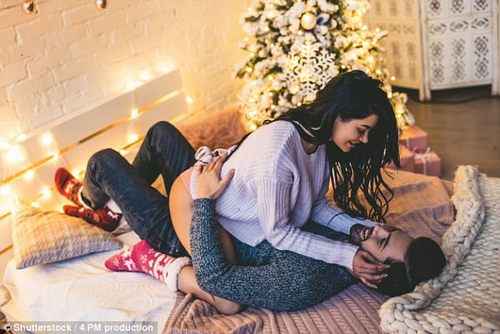 Goldstein recommends couples take time to ‘reconnect with each other during this busy season’, but to do so to bond or feel close together – not for an obligatory gift

And it seems that’s a piece of advice that more Australian couples should be taking.

The Australian Bureau of Statistics has revealed that couples are now struggling to conceive over the holiday season.

New figures from the last three years show that the highest amount of births in the year now happen in March instead of October, which used to hold the top spot.

October birthdays correspond to a Christmas conception, while March births are linked to conception in June. 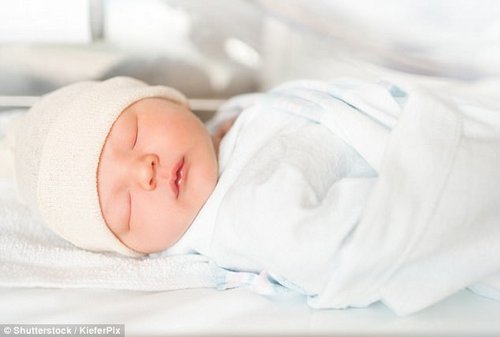 The Australian Bureau of Statistics revealed that couples are now struggling to conceive over the holiday season, with October being unseated as the highest month for births

Figures from health insurance company Medibank aligned with the ABS. There were 2,455 claims for births in October 2013 and 2,356 claims in March.

Michael Gannon, the president of the Australian Medical Association, said he believes the drop is tied to stress that couples experience over the holiday season.

‘The reality is that for a lot of people, Christmas is an extremely busy time with interstate or international travel, a variety of functions, and maybe it is increasingly becoming a stressful time,’ he told The Herald Sun.

Healthiest parents struggle to save kids from fatty foods

Why thunderstorms can turn you into an asthmatic