Former NFL running back Larry Johnson said he believes he suffers from CTE, the neurodegenerative disease that has stricken football players’ brains.

The 38-year-old who last played in 2011 told The Washington Post that he battles self-destructive impulses that he calls ‘demons’ which he thinks were caused by consistent blows to the head during his career where he set the record for carrying the ball more than any other player.

Though he believes CTE is to blame for his erratic behavior, doctors cannot diagnose the disease until after death.

Johnson described his symptoms of anxiety, paranoia, intense headaches and violence and likens himself to former player Aaron Hernandez who was found to have the worst-reported case of the disease after he took his life while in jail for murder. 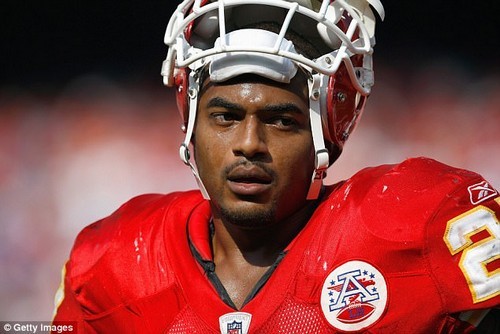 Larry Johnson, 38, said he believes he has CTE after his nine-year NFL career was tarnished by his six arrests and assault charges against women 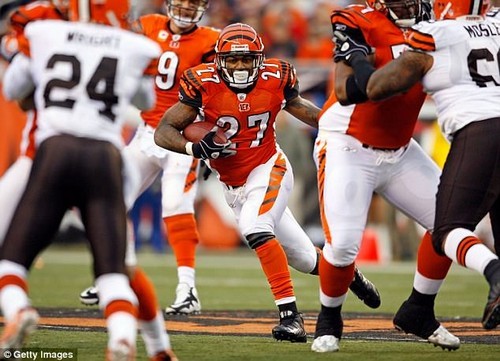 Chronic traumatic encephalopathy or CTE is a degenerative brain disease caused by repeated hits to the head that result in confusion, depression, dementia, aggression and suicidal thoughts.

Johnson has shown many of these symptoms and has a history of violence off the field.

He has been arrested six times, five of which were for various assault charges against women which ultimately tarnished his record-setting career.

During his nine-year professional career he had 6,223 rushing yards, 55 touchdowns and set the NFL record by carrying the ball 416 times in 2006, more than any other player in the league.

He was cut by the Kansas City Chiefs in 2009 after he was suspended for ‘conduct detrimental to the club.’ After that, his time playing on the Redskins and Dolphins was very short.

The former player described an incident to The Washington Post where the ‘demons’ pushed him toward the barrier of a rooftop of an apartment building urging him to jump. 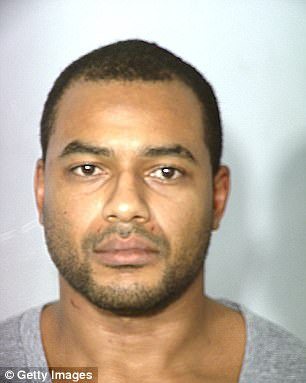 He has been arrested six times, five of which were for various assault charges against women which ultimately tarnished his career

He also said that he has no memory of two full NFL seasons, and that many of his most memorable plays are hazy.

He calls those lapses ‘blank spots’.

Now he said he is creating a ‘time capsule’ of his football career for his seven-year-old daughter Jaylen.

‘If I can’t remember who I was, I’ve got YouTube; I’ve got music videos that I’m making for myself, so when I watch these things I can remember,’ Johnson told The Washington Post. ‘I’m trying to get these things in order so she knows who I am and what I came from.’

He made a video five years ago highlighting his career for his daughter’s second birthday which he said was more of a goodbye video than a birthday gift.

Though not necessarily a suicide video, he believed he would soon be arrested and ‘go away’. 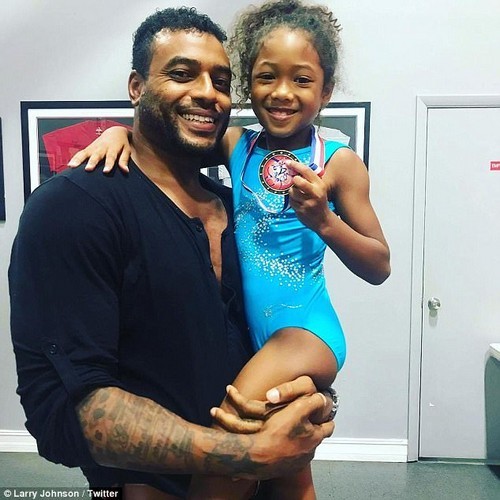 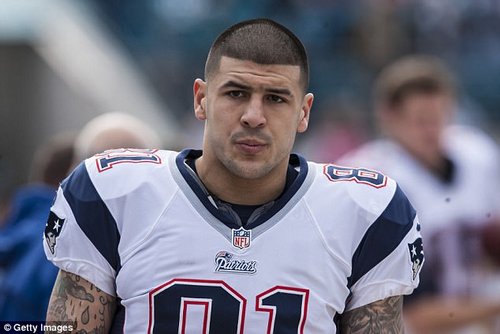 Johnson said he wonders if he will end up like former New England Patriots tight end Aaron Hernandez, who committed suicide in April while serving a life sentence for murder.

HOW CTE LEADS TO AGGRESSION, EXPLOSIVENESS, SUICIDE, AND MEMORY LOSS

Chronic traumatic encephalopathy (CTE) is a degenerative brain disease that is caused by repeated hits to the head.

HOW DOES IT AFFECT BEHAVIOR?

Researchers are still unclear on how CTE affects behavior, but a growing swell of studies is offering some answers.

‘A bittersweet thing: I’m going to be free of everything that’s holding me down,’ Johnson said. ‘The same way Aaron thought: I’m going to be gone from this world, but I’m still going to be able to take care of my child, because that’s all I care about.’

In September, a brain scan revealed Hernandez had the most severe form of CTE ever detected in someone of his age.

His scans showed huge clumps of tau protein in Hernandez’s frontal lobes and in the nerve cells around small blood vessels which is a unique feature of CTE.

Researchers found 110 of the 111 NFL players examined had CTE.

Boston University led the study to directly link head injuries on the field to the neurodegenerative disease in players.

Growing awareness of the disorder has sparked former NFL players, like Johnson, to come forward and speak about their own symptoms.

Former NFL running back Mike Adamle has spoken out about his battle with the degenerative brain condition.

The 68-year-old, who has since worked as a football announcer and WWE interviewer, said he can ‘feel the decline every day’ as the disease slowly robs him of brain function.

The tragic story of Aaron Hernandez

Fomer New England Patriots tight end Aaron Hernandez has become the face of CTE after his brain scans revealed he had the most severe form of the degenerative brain condition ever recorded.

The scan was conducted after he committed suicide in his jail cell where he was serving a life sentence for murder.

In 2012, Hernandez landed a $40 million contract for his third season with the Patriots.

But in June 2013, Hernandez was arrested and charged with the murder of Odin Lloyd, the boyfriend of his fiancee’s sister.

Lloyd was a semi-pro football player. He was found dead in a park on June 17, 2013, with bullet wounds. 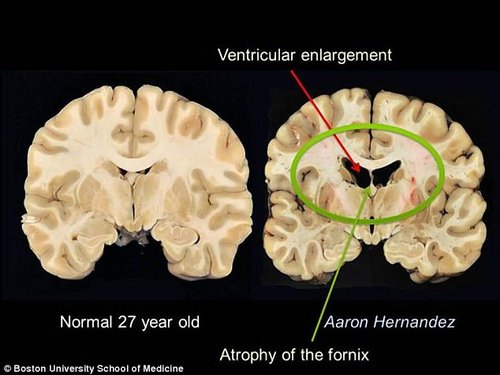 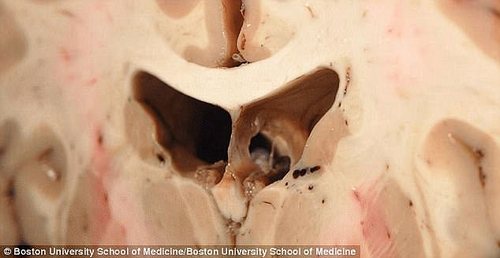 On June 28, Hernandez was detained, with an arrest warrant that said he was seen with Lloyd at 2.30am on the day of his murder. Gunshots were heard at around 3.25am, and at 3.29am, surveillance footage showed Hernandez arriving home in his car, which was five minutes from the crime scene.

In April 2015, Hernandez was convicted of first-degree murder, and sentenced to life in prison.

While in prison, Hernandez was charged with another killing – a double murder committed by a drive-by shooting. But in April this year, he was acquitted of both charges.

The next day, he took his own life, and penned three suicide notes, including one to his fiancee Shayanna Jenkins.

They were discovered in the cell were Aaron Hernandez hanged himself, leading investigators to officially declare his death a suicide.

The notes were discovered next to a Bible opened to John 3:16, the same verse that Hernandez had written across his forehead in marker.

That verse reads: ‘For God so loved the world that he gave his one and only son, that whoever believes in him shall not perish but have eternal life.’