The nauseating tablets, which have no scent or taste, are as effective as fecal-transplant (FT) colonoscopies for treating recurrent cases of such infections, but are non-invasive and do not require sedation, a study found.

FTs involve the transfer of a fecal sample from a healthy donor to a recipient to help restore the bacteria balance in their gut so they can fight an infection.

They are approved for recurrent C. difficile infections when standard antibiotic treatment is unsuccessful. Such infections recur up to 25 percent of the time, with antibiotics becoming less effective with continued use.

C. difficile infections can cause life-threatening diarrhea and inflammation. They are common among already ill hospital patients as staff easily spread the bacteria if their hands are contaminated. 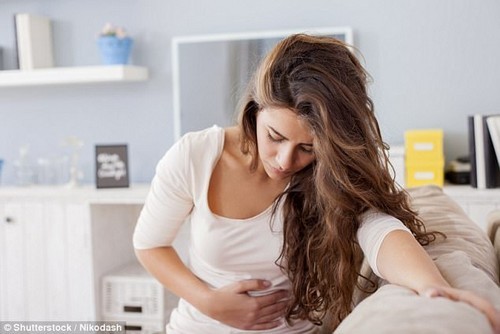 WHAT IS A FECAL MICROBIOTA TRANSPLANTATION?

It involves the transfer of healthy bacteria from a donor into the intestines of the recipient via a colonoscopy.

The idea is to restore the balance of bacteria in the recipient’s intestine so they can fight infection.

After one C. difficile infection, there is up to a 25 percent chance it will return.

Endoscopy damage occurs in less than one in 1,000 cases. This may include infection, bleeding or tearing.

FMTs are also being investigated in inflammatory bowel disease, such as Crohn’s and ulcerative colitis.

How the study was carried out

Researchers from the University of Calgary analyzed 105 adult patients with recurrent C. difficile infections between October 2014 and September 2016, with follow-up to December 2016.

Of the study’s participants, 59 received FTs via colonoscopies and the remainder by tablets.

The pills are made by processing feces until they contain only bacteria.

Results reveal FT administered via tablets or colonoscopies are equally as effective.

Yet, the pills appear to be safer as just 5.4 percent of the study’s participants experienced mild side effects when taking the tablets versus 12.5 percent having a colonoscopy.

Some 66 percent of the participants taking the capsules described them as ‘not at all unpleasant’ compared to 44 percent having the invasive procedure.

Study author Dr Thomas Louie said: ‘Recurrent infection is such a miserable experience and patients are so distraught that many ask for fecal transplantation because they’ve heard of its success.

‘Many people might find the idea of fecal transplantation off-putting, but those with recurrent infection are thankful to have a treatment that works.

‘Capsules have numerous advantages over colonoscopy. They are non-invasive, they’re less expensive, they don’t have any of the risks associated with sedation and they can be administered in a doctor’s office.’

The findings were published Journal of the American Medical Association.

It is unclear when such pills may be available for patients.

ASK THE DOCTOR: Could exercise be risky now I’m over 80?