When Martin Clunes, the star of TV’s Doc Martin, dramatically lost weight five years ago, it was assumed he was suffering from an illness. But the actor, left, has revealed that his slimmer frame was the result of adopting the fashionable 5:2 diet.

‘I was fat – and while I was getting heavy, I had tired knees and stuff,’ he admits.

‘So I thought I’d try that diet and the weight came off. I lost about three stone in as many months. It’s great – and it’s supposed to be good for cholesterol, too.’

TV star Martin Clunes, pictured, admits his new slimmer frame is due to the 5:2 diet

Clunes, 55, currently starring in the penultimate series as the grumpy Cornwall GP, explains: ‘Now I do 6:1 and that seems to work fine. I eat anything I want on the other days. It’s easy and seems to keep the weight off me.’

He adds that his working farm in Dorset helps to keep him in good physical shape.

‘I have a couple of big horses and ride them. I’m very healthy. This is a difficult age, obviously, but I’m doing fine – I’m not on any medication.

‘The only bad thing about being a farmer is that I stink!’

Omega fatty acids are a ‘safe and effective treatment’ for children with ADHD, a major review of clinical trials has concluded.

Omegas, found in oily fish and evening primrose plants, are important for brain health and cognition – and low intakes have been linked with poor social behaviour and communication.

In the new review, published in the Journal Of Lipids, 16 studies were analysed, including those where omega fatty acids had been a standalone treatment and others where they’d been used alongside prescription drugs.

The majority of the studies – 13 – reported significant improvements in ADHD symptoms, including reduced hyperactivity and impulsivity, better attention, and improved working and short-term memory.

The research also found that supplements with a specific ratio of certain essential fatty acids were the most beneficial.

Researcher Dr Emma Derbyshire said: ‘It is well-known that children with ADHD have lower fatty-acid levels in their blood than those without the condition.

‘Now we know supplements which provide a 9:3:1 ratio of eicosapentaenoic acid, docosahexaenoic acid and gamma linolenic acid, such as Equazen, are the most effective at improving blood levels of these acids.’

Stress – not food – is the main trigger for Irritable Bowel Syndrome (IBS), a survey has found. The condition, estimated to affect up to one in five in the UK, causes a variety of unpleasant symptoms that stopped those questioned from socialising (88 per cent) and going to work (50 per cent).

While stress (34 per cent) and food (28 per cent) were identifed as the most common triggers, nearly a quarter of people stated that they didn’t know what caused their IBS.

The poll was conducted by Enterosgel – a gel drink that claims to help those with the condition by ‘protecting the intestinal wall’. 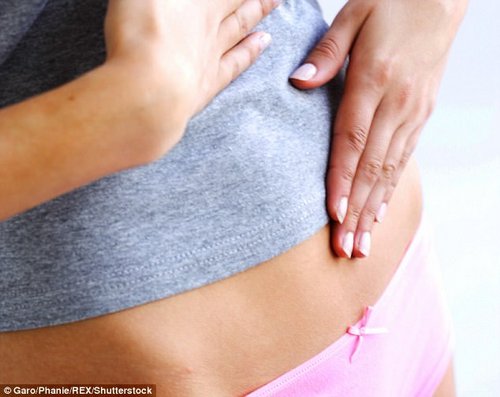 Good news for those who like crooning to the guitar or tinkling the ivory keys – music has an age-protecting effect on the brain, especially for amateurs. Researchers from Harvard University compared the brains of three groups of people: professional and amateur musicians and non-musicians. Based on the results, ‘brain ages’ were calculated – and compared to peoples’ chronological age.

Non-musical people had the highest brain-age scores, suggesting that ‘music-making has an age-decelerating effect’, the researchers reported.

Amateur musicians had the youngest brains. One theory is that concentrating on one activity might not be as beneficial as having the wider interests of an amateur musicians. Intense music-making activities of a professional could also lead to stress, they say, reducing the positive effect of music-making.

Cyst on California woman’s chest oozes an avalanche of pus