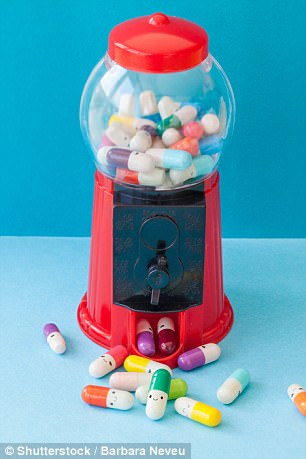 Debate rages about whether placebos actually work. Some think they are powerful cures for almost everything, while others say they are useless. Dr Jeremy Howick discusses the placebo effect

Suppose that you knew your body could produce its own morphine. Would you still take as much aspirin – which can make your stomach bleed – for mild headaches?

If you knew having a support network and being optimistic had the same biological effect on depression as a pill, would you be less likely to try Prozac – which can have side-effects from sexual dysfunction to suicidal tendencies?

What about the fact that placebo knee surgery is as good as the real thing – would you choose the surgeon’s knife before physiotherapy?

Debate rages about whether placebos actually work. Some think they are powerful cures for almost everything, while others say they are useless. Amidst these debates, one thing is certain: most doctors use them.

A 2013 survey showed 97 per cent of doctors in the UK have prescribed placebos at least once. Sometimes doctors use sugar pills, salt water injections or low doses of medications that have no pharmacological effect.

These all have a placebo effect and can be effective for treating many common ailments, especially pain.

I learned from personal experience about the power of placebos in a pivotal moment in my 20s – one of those moments that seemed unimportant at the time but, in fact, led to important changes in direction.

I’d developed a severe allergy to a cat while training to compete in a rowing competition in the Nineties.

I was stuck. I could not sleep or train due to a running nose and sneezing, but I couldn’t take the medication I needed because I feared failing a drugs test (I was rowing for Canada).

As a last resort, I accepted my mother’s suggestion to meet her friend, who was a herbal doctor. She told me to drink ginger tea twice a day. I doubted that it would work but sure enough, after a day, I felt a bit better. After three days I stopped sneezing almost completely, I slept well and my nose stopped running. This got my mind racing. Could my allergies have disappeared spontaneously?

Or did ginger tea work because I believed it might – in other words, had it acted as a placebo?

And if it was ‘just’ a placebo, did that matter if it helped? Searching for answers to these questions ignited a fascination that has shaped my life ever since.

As a clinical epidemiologist, I have spent ten years looking at the best quality research into placebo effects and the results have astounded me: reviewing 152 trials involving more than 15,000 patients with a range of illnesses found that, on average, placebos have almost the same effect as ‘real’ treatments.

As a nation we are taking too many pills and research shows this can be deadly. Prescription painkillers kill more people than heroin and cocaine combined in the U.S., overuse of antibiotics is creating dangerous superbugs and 80 per cent of people who take several pills at a time have side-effects ranging from shortness of breath to death.

And beyond the research I’ve lived by my findings: I avoid drugs unless absolutely necessary and have refused knee and back surgery even when doctors strongly recommended it.

I am not suggesting rejecting all medicines; that would clearly go too far and many drugs are effective. But the emerging middle way is the use of evidence-based placebo effects and self-healing techniques. I hope that what I’ve learned will help you experience better health yourself and help others achieve it, too.

Most of us do not need medicine most of the time. Many illnesses – back pain, mild depression, minor injuries – go away without it. Understanding how incredible your body is can help you make better decisions about when you really need to take medicine and when it is better to rely on your body’s healing powers. 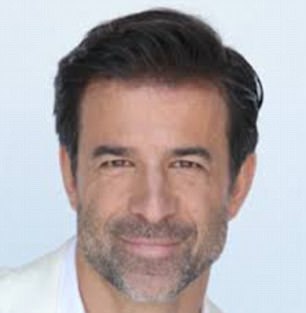 Believe that you will get better and that whatever you are prescribed – even if it’s a placebo – will help.

With some things you’ll find that if you expect a positive outcome, you will get one – and it’s all down to harnessing your body’s inner pharmacy.

A number of molecules your body produces can ease pain and improve mood disorders, including brain chemicals such as endorphins, which create the natural high that people report when running or doing yoga.

THE POWER OF PLACEBOS

In general, the more invasive the placebo, the more effective it is: two pills have a greater effect than one, placebo injections are stronger than placebo pills and sham surgery has the biggest effect of all.

But sometimes all that’s required is for a doctor to monitor you clo
sely. Knowing they are being monitored can make patients exercise more, eat healthier, drink less alcohol or simply expect to recover. Studies show that being empathic and giving positive messages can also induce placebo effects without deception. Confirming this, a review of studies found that even patients who are part of a trial but were untreated (for example, they remained on the waiting list for a trial) still improved by 24 per cent.

The main reason doctors hesitate to give placebos is that they believe it requires them to lie to their patients. But recent studies suggest this is not true.

In a trial for people with severe irritable bowel syndrome (IBS), patients were randomised to either be put on a waiting list, or to be given pills they knew were placebos – what is known as open-label placebo.

Doctors told patients the treatment was ‘placebo pills made of an inert substance… that have been shown in clinical studies to produce significant improvement in IBS symptoms through mind-body self-healing processes’.

Results showed that the placebo had a similar effect to many ‘real’ medicines used for treating IBS. It also shows that there is no need for doctors to deceive their patients and there’s a way to prescribe a placebo by keeping the patient informed.

I did a systematic review of five studies with open-label placebos for IBS, depression, allergic rhinitis, back pain and ADHD – the effects were found to be positive in all trials.

Open-label placebos are thought to work because they are given together with a positive suggestion – i.e. the doctor tells the patient it will lead to an improvement.

This positive message from the doctor can activate the reward mechanisms in the patient’s brain and help the body to produce its own pain-killing endorphins. 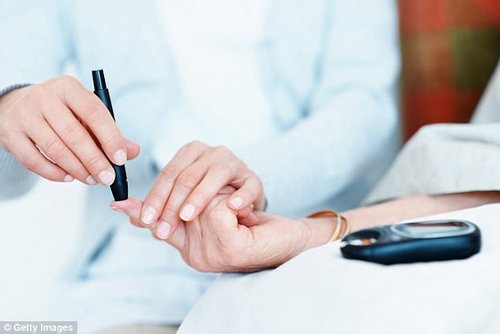 Reviewing 152 trials involving more than 15,000 patients with a range of illnesses found that, on average, placebos have almost the same effect as ‘real’ treatments

Arthroscopy is a common procedure used to examine and treat knee joints. Doctors insert a tube with a camera on the end (an arthroscope) into the knee and use it to repair damage and remove loose bone fragments that cause pain. More than 150,000 knee arthroscopies are performed each year in the UK.

But studies show ‘placebo’ arthroscopies are just as helpful.

In a U.S. study, 180 people were given genuine arthroscopies or placebo arthroscopy (where the procedure was simulated but tissue wasn’t repaired). After two years, pain levels and range of movement were the same for both groups.

A similar effect has been seen in patients needing vertebroplasty, a type of surgery for back pain.

My colleagues at the University of Oxford recently researched more than 50 surgical trials and found that placebo surgery was as good as genuine surgery in more than half the trials – there were genuine physical improvements.

Placebo surgery works because it activates mechanisms which produce brain chemicals that can relieve pain, such as endorphins and dopamine.

The proof that placebo surgery works shows that invasive and expensive surgery is less necessary than we think.

So unless you are an extreme case, discuss the possibility of conservative management before opting for back, hip or knee surgery with your doctor.

Research shows surgery is rarely better than physiotherapy, exercise and improving diet for these problems. 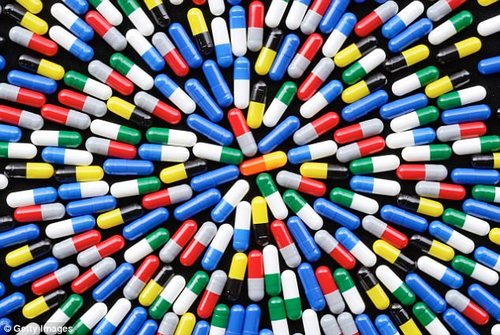 HEALING IMPACT OF A DOCTOR’S WORDS

Positive and empathic doctors can make us less anxious and more optimistic and this results in better healing.

When I recently reviewed 16 trials of the effects of positive expectation in treating pain, I found things as simple as a patient being given a clear diagnosis and prognosis reduced pain equally or more than most common drugs, but without side-effects.

Positive suggestions from doctors also reduced nausea, anxiety and depression. Trials even show they can improve hand movement in Parkinson’s patients as well as lung function of asthma patients and reduce the amount of medication needed and length of hospital stays.

This positive outlook is thought to reduce anxiety and stress which has positive downstream effects. This seems to be because anxiety causes the release of cholecystokinin, a hormone which increases pain signals from body to brain. 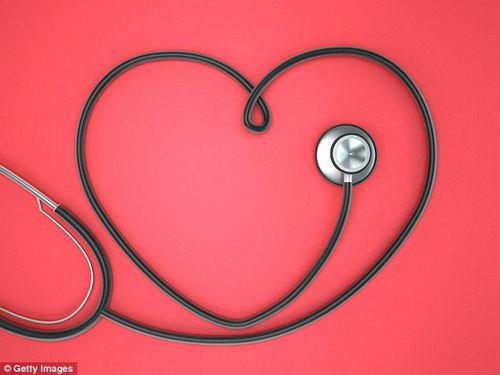 This positive outlook is thought to reduce anxiety and stress which has po
sitive downstream effects. This seems to be because anxiety causes the release of cholecystokinin, a hormone which increases pain signals from body to brain

Just like ‘real’ treatments, placebos work for some but not others and we cannot predict who they’ll work for. Some studies show placebos appear to be most effective for the suggestible, the optimistic and those in whom brain structures associated with pleasure are more sensitive.

YOU CAN BE YOUR OWN DOCTOR

You can be your own doctor and give yourself positive messages, even if a doctor doesn’t. For example, tell yourself ‘I will be better within a week or so,’ and ‘This will work for me’. Studies show that reading positive messages can reduce pain.

You can often – but not always – benefit from a treatment but you inevitably also get harms from drugs: placebos are usually safer than ‘real’ treatments. What is more, if we construe placebo effects to include expectations, empathy and other factors, we get an even larger placebo effect.

This means that there are many common ailments (especially mild to moderate pain) for which placebo treatments may the best and safest option.

Dr Howick is a clinical epidemiologist at the University of Oxford.

GPs dishing out Colgate at seven times the price in shops

The Secret Social Life of a Solitary Puma